Across the country Marxist Students have been running campaigns to be elected as delegates to the national conference of the National Union of Students (NUS) which will be taking place in Glasgow in April 2019. 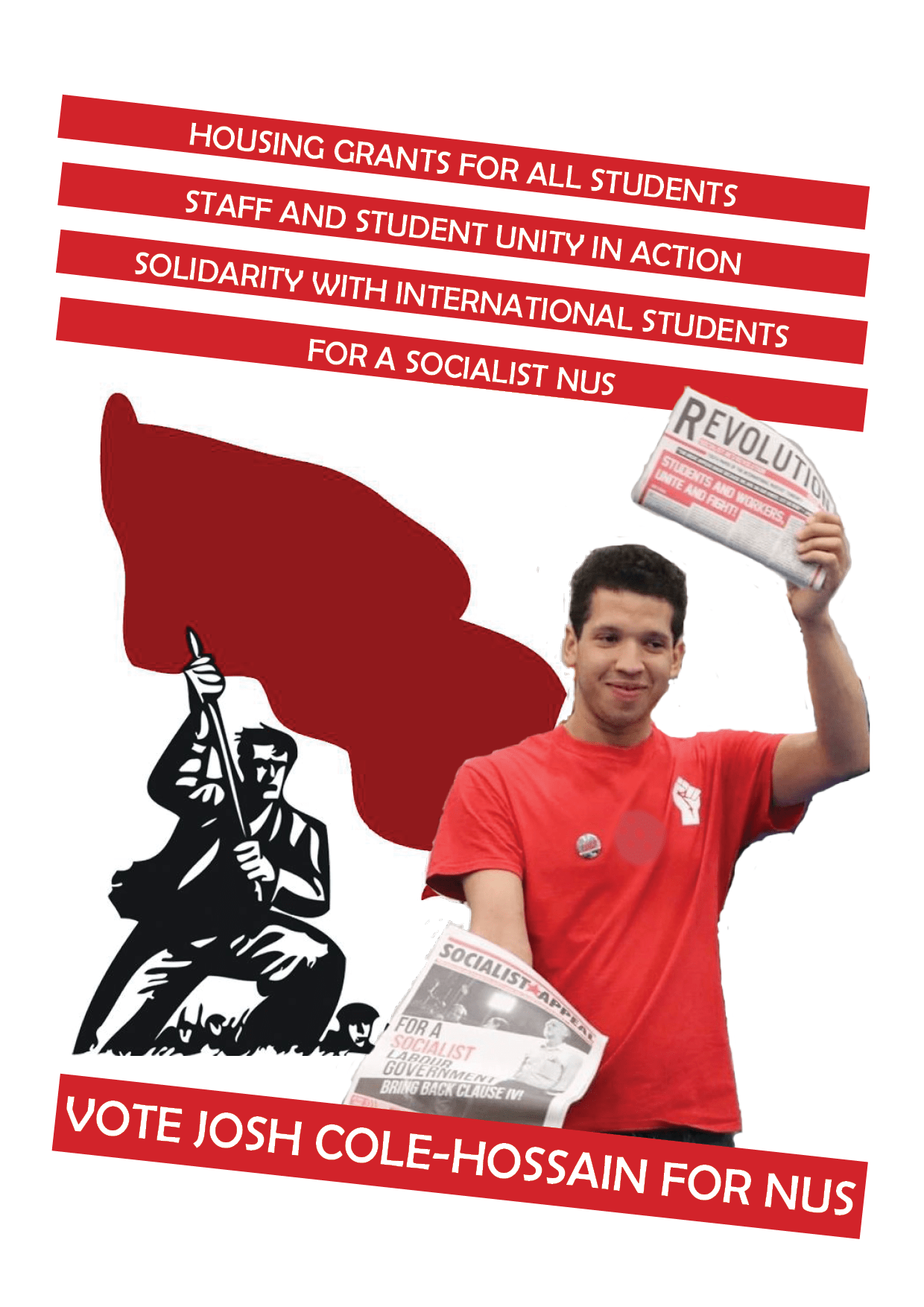 We started off in the University of East Anglia where three comrades ran on a strong socialist program intent on turning the NUS into a fighting force against marketisation by uniting with workers on and off campus. Unfortunately, turnout was not high due to the lack of advertising by the SU but this didn’t stop two comrades, Erin Maniatopoulou (President of the Marxist Society) and Josh Cole-Hossain being elected. They distinguished themselves from the other candidates by standing on a radical programme aiming to solve not just the problems facing students, but of wider society. 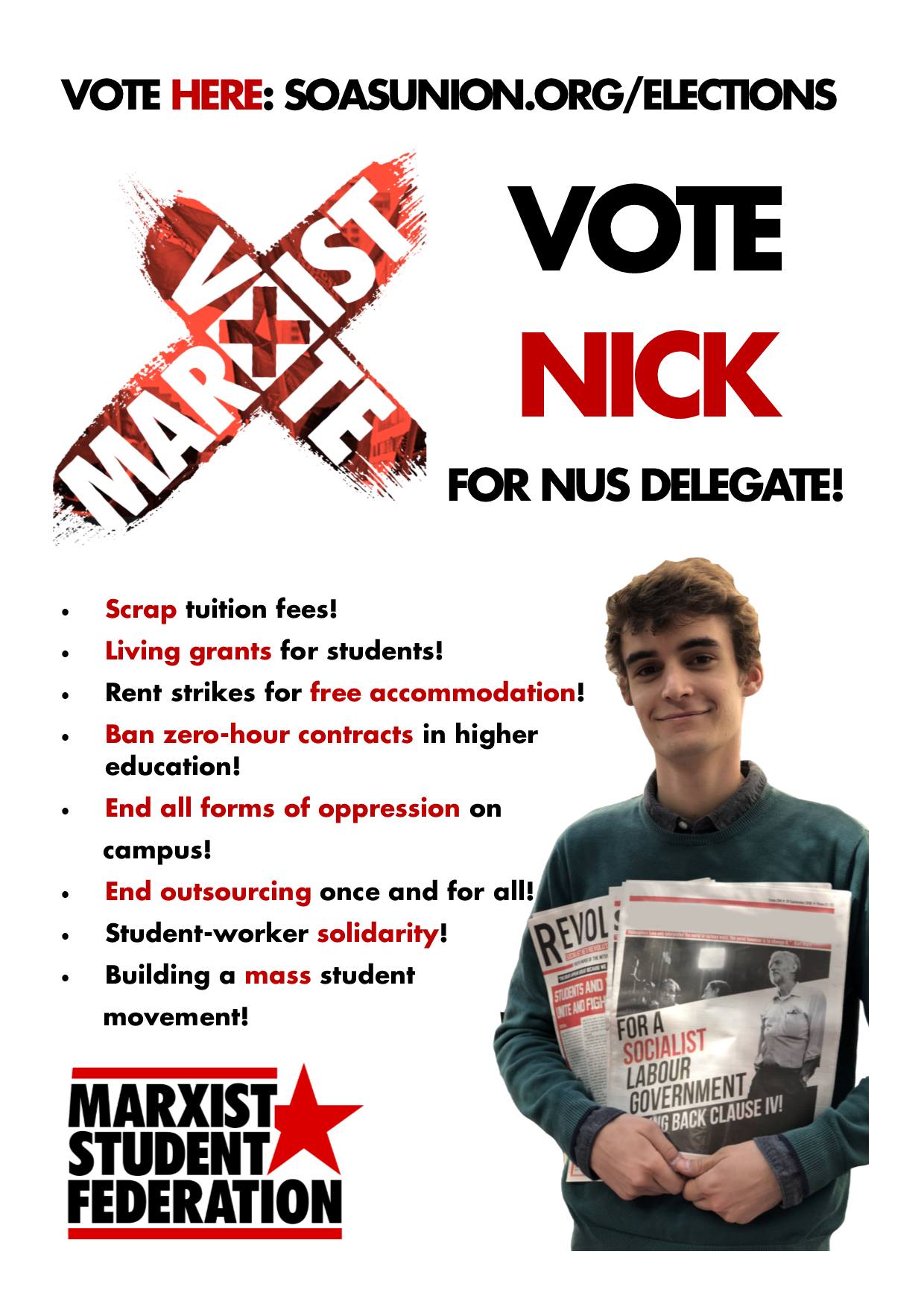 Shortly after this election success the campaign in SOAS began. We had one comrade running on a socialist programme calling for the scrapping of tuition fees, rent strikes for free accommodation, student-worker solidarity and the building of a mass student movement. Timings of the elections, at the start of the academic year, meant that turn out was at an all-time low due to people being too busy or too new to really know anything about the elections. There was also the same issue faced at UEA, there was little to zero publicity from the Student’s Union made worse by the fact candidates were only given three days for campaigning before voting opened. Despite these issues the SOAS Marxists gained a second victory for Marxist students, our comrade Nico Navarro Padron, President of the Marxist Society, will be attending the NUS conference.

A third victory has been achieved at yet another university, this time in Sheffield where three comrades ran. Kelly Lane won the election to become another Marxist delegate going off to the NUS conference. Their Vote Marxist campaign was run on openly revolutionary socialist lines and this victory for the Marxist Student Federation is a great example of our growing influence within the wider student movement. 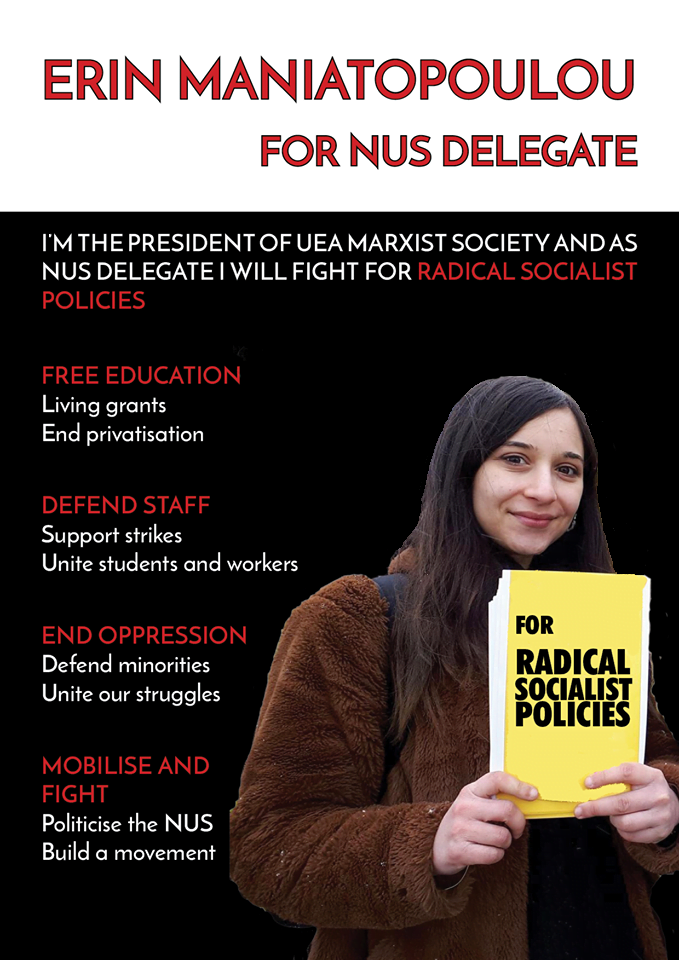 These campaigns have been a great step forward for the Marxist Student Federation in the push to transform the NUS into a fighting socialist force within society. Last year we saw Marxist societies across the country running for the first time serious campaigns to win elections for the NUS conference delegate positions. In that round of elections a great number of Marxist students won positions and this year we have been just as successful.

We will no longer allow the cosy status-quo of student politics that has turned the NUS and the elections into a platform for careerists to pad out their CVs. Only a fighting socialist NUS will radically improve the lives of students and only an NUS which fights with trade unions and workers will radically improve the lives of all people in society. Marxist Students made this point whilst campaigning to become delegates and students across the country recognised this and voted for them.