This is a response on behalf of the Marxist Student Federation to attacks by the state against protesting workers in the Polish city of Jastrzebie on the 2nd and 9th of February, where tear gas, water cannons and rubber bullets were fired at unarmed protesters, injuring twenty people.

This concerns us as internationalists who firmly believe that an injury to one is an injury to all, but also as socialists, trade unionists and young activists in Britain which has over half a million predominately working class Polish people living here, with cities like Edinburgh, London and Southampton playing host to particularly large Polish communities.

Background to the protests

In the first two weeks of February, miners from the coal company Jastrzebska Spolkamit (JWS) went on strike. This strike was called in response to the sacking of ten workers who had participated in solidarity action  with a strike at another Polish mining company ten days earlier. On top of this the management at JWS tried to terminate collective agreements and implement cost-cutting measures. This is all part and parcel of Polish capitalism, particularly the energy sector, where workers are squeezed in a severe manner by the bosses which has resulted in strike action at various coal mines since the beginning of 2015.

The strike involved 5,400 miners ocupying the mines and cost JWS an estimated 30 million zloty (€7.2 million) per strike day. This fact shows who really creates the wealth in society, not the capitalists but the workers. This also shows that from a capitalist point of view the strike had to be stopped.

What was even more worrying for the government is that in this crucial election year in Poland, this strike was taking place amidst other strikes and demonstrations not just in the mining sector but amongst doctors involved in pay protests and farmers protesting against the privatisation of state owned farms for the benefit of foreign investors. These protests included farmers driving their tractors to Warsaw and blocking the roads.

The sacking of miners taking solidarity strike action, followed by the use of brutal violence against the strikers, demonstrates just how worried the Polish state is by the potential power of the militant and organised working class. This is why the police were authorised to shoot at unarmed protestors.

This is not the end

We fully repudiate this disgusting and cowardly act by the Polish government. We also recognise that they are playing with fire and are in for an unpleasant surprise if they think that such actions will dampen the militancy amongst the Polish workers, for whom none of the contradictions and difficulties of life have been solved.

For now the strike has stopped due to the lack of willingness of the union leaders to prolong the strike and link up with other sectors, however this can only be a temporary delay. Militancy and revolution runs through the blood of the Polish workers. With Solidarnsoc in 1980 and the Warsaw uprising which defeated the Nazis even before the Red Army arrived, among many other examples, we have every faith in the revolutionary potential of the toiling masses of Poland.

We are internationalists and believe that such potential can only be realised as part of an international movement. In Britain we are in particular need of an internationalist outlook given the high numbers and poor treatment of immigrants in this country. Immigrant workers are one the most exploited layers in society. They are much more likely to be in casual contracts and less likely to be a member of a trade union. Vulnerability is exploited by the ruling classes to divide home born workers with immigrant worker and is further fuelled with the use of reactionary, racist and slanderous media. The attacks against Polish workers are a direct result of the needs of the capitalist system that is currently attacking British workers as well. The Polish and British workers living side by side in Edinburgh, London and elsewhere have far more in common than any of us do with our own national ruling classes. 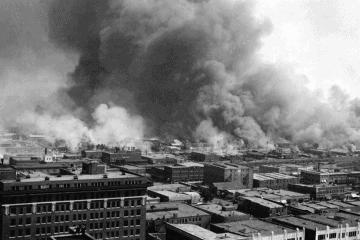 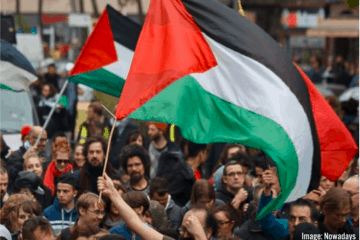