On Sunday 20th September, around 140 young activists and Corbyn supporters from across the country assembled at UCL university in London for the launching of the Labour Young Socialists, a new organisation that aims to mobilse youth on the Labour left in defence of Corbyn and the fight for socialism.

The Marxist Student Federation (MSF) is happy to announce that two of its members – Joe Attard and Emily Cosentino – have been elected to the steering committee of the newly launched Labour Young Socialists (LYS). The comrades will be tasked with helping to plan the activities of LYS in the coming months, seeing to it that the organisation captures the young and energetic socialist movement erupting within the Labour Party.

The new youth body, formed by the Labour Campaign for Free Education, Scottish Labour Young Socialists, LRC Youth and Red Labour Youth puts its stated aim as “relaunching the Young Labour left”. The surge of youth members and supporters that facilitated Jeremy Corbyn’s crushing defeat of the Blairites at the Labour leadership election demonstrates that young people have had enough of the capitalist regime of cuts and austerity and are ready to make their voices heard. Labour Young Socialists is one of many potential outlets for this freshly- radicalised layer.

The Marxist Student Federation sent a delegation of comrades to the inaugural meeting of the LYS, in which we debated in favour of clarifying the political basis on which the LYS is to organise. Among other things, we called for clarification over the definition of ‘socialism’ as a system of economic planning and political governance by workers in the interest of society’s needs, the reinstating of Clause IV, and a proposal to pass draft resolutions in Labour wards and CLPs that would demanded the deselection of MPs who refuse to stand behind the party’s new leader.

In view of making LYS a truly democratic organisation, we also proposed to do away with positive discrimination for steering committee elections. Five of the 19 committee positions were automatically reserved for women and a further nine went to organisational delegates from various left organisations, most of which are dwarfed by the MSF. We suggested that the steering committee should be replaced with a leaner temporary group of eight members, in advance of a national congress that would elect a proper national committee, on the basis of delegates from local LYS branches, ensuring an organisational structure established from the bottom up rather than the top down.

Our emphasis on political content over personal achievements swayed the room in the elections. Our candidates stressed the need to oust the Blairites and defend Corbyn in the run-up to the 2020 election, so that he can trounce the Tories on a socialist platform. We also spoke of the popularity of Corbyn’s socialist principles amongst young members, pointing out that a clear and assertive socialist agenda offers Labour its best chance of victory. In short, we openly ran for committee positions as revolutionary socialists and were duly elected.

Having two comrades representing the ideas of Marxism on the LYS steering committee will be of great benefit to this fledgling organisation, which will be supported by the Defend Corbyn, Fight for Socialism campaign that the Marxist societies have been debuting at fresher’s fairs up and down the country.

On the basis of a clear socialist programme, revolutionary ideas, political education, local activism, and a bold, fighting spirit, we believe that a powerful movement of youth can be mobilised and organised in the struggle against capitalism and austerity.

It is the sincere wish of the MSF to throw itself into this exciting new youth movement as part of our overarching efforts to build socialism in Britain and internationally. As Karl Liebknecht wrote, “He who has the youth has the future!” The founding of the LYS and the election of Marxist comrades represents yet another nail driven into the coffin of capitalism! 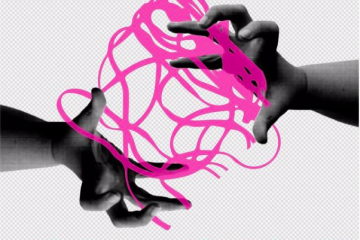 Goldsmith’s Rent Strike began at the start of January. This was due to the lies that were told to students regarding coming to halls back at the start of the academic year. This has been Read more…