Marxism in the park – a huge success! 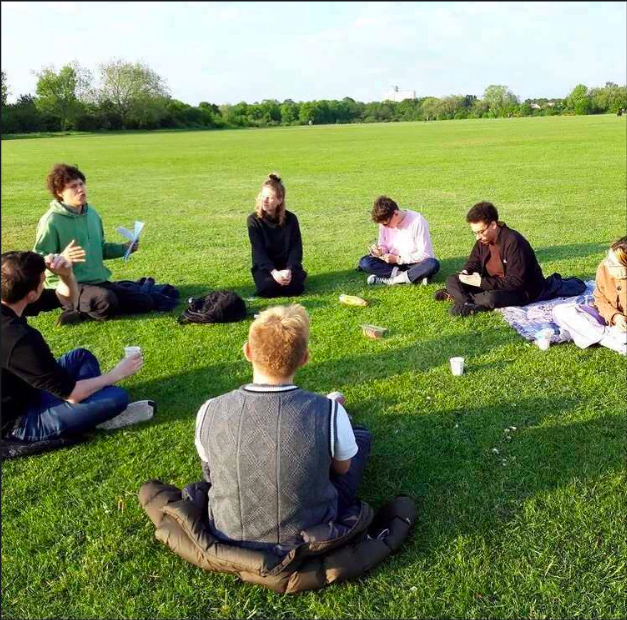 Marxist societies up and down the country have held successful park meet ups over May and June as COVID restrictions began to ease. After a year of lockdown, with many of us forced to watch huge political events unfold from our screens, the chance to meet in person to discuss Marxist ideas was met with great enthusiasm.

The series kicked off with a discussion on ‘Do we need a revolution?’. As we etch out of the pandemic, people are thinking about what sort of society we want to live in. Whilst most would agree that something needs to change, how we get there is another question.

The second meeting of the series was ‘Is this a crisis of coronavirus or capitalism?’. This meeting struck to the core of our analysis of the last year. The Marxists have explained that the pandemic has acted as a trigger for economic crisis, but is not the cause. All the contradictions for this period have been in place for years, and the world economy is unlikely to make a permanent recovery.

The third meeting was ‘Is international socialist revolution realistic?’. As Marxists we call ourselves internationalists, but not because it is a nice slogan, it is in fact the only way for capitalism to be overthrown. The last year has seen how international working class solidarity has come to the fore to fight imperialism and occupation, particularly in the case of Palestine.

The final meeting was on ‘Does Communism prevent individuality?’. One of the common myths of Marxism is that it strips everything down to the bare minimum, with little to no diversification in culture, products and more. However the opposite is true! It is capitalism that stifles creativity, through cut throat competition and profit seeking. This meeting allowed comrades to dive into possibilities a socialist plan of production would bring for everyone in society to be genuinely free to choose.

With a short introduction given by a comrade and then an opportunity to discuss ideas in smaller groups as well as chat socially it’s been great to catch up with old and new faces as well as talk to each other about what we’ve been reading over the last year. These meetings have been joined by students from both universities in Sheffield as well as young workers with many more on social media looking to come along once they’re done with assessments and exams.

Following a year of online meetings and blessed with two sunny evenings it has proved an invaluable opportunity to talk to each other about revolutionary ideas and how we may proceed from the current crisis and build a Marxist organisation not only in Sheffield but around the world. Off the back of these meetings sensing the necessity of this task a couple of people have already agreed to join us in this fight.

To commemorate Pride Month and the heroic struggle of LGBT workers our last meeting was on ‘Lessons from Stonewall: How to fight LGBT oppression’.

The Oxford Marxists have been running Meet the Marxists meetings over the last few weeks.

Meeting in person has been great for morale, and being out in the fresh air in the beautiful University Parks to discuss capitalism’s problems has been something we’ve really been looking forward to. It’s so much easier to talk about concrete steps to fix our issues when we meet face to face and can talk naturally. We’ve had plenty of interesting conversations on a wide variety of topics, which is a lot less possible online. It’s also been very valuable to talk about politics in person, which was a new experience for some of the attendees.

We’ve also been able to share our material a lot more easily, since attendees can flick through anything they’re interested in, and there are representatives of Socialist Appeal there who can recommend suitable books to anyone who attends.

Overall, it’s been an amazing opportunity to ask loads of questions, and have them answered in a nice round discussion with input from lots of different people. We’re really looking forward to the last event, and we hope to see as many of you as possible in the future! 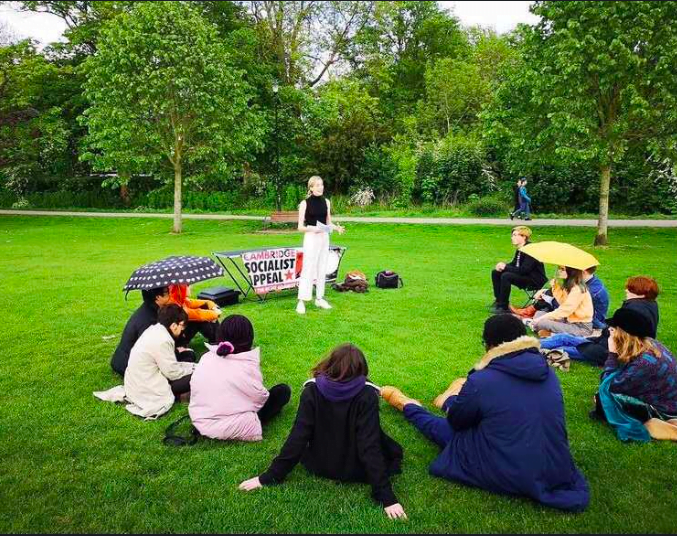