Why we’re marching as revolutionaries on #Nov19

The Nation Union of Students (NUS) and University and Colleges Union (UCU) have called a demo on 19 November – we’ll be there, united for education. 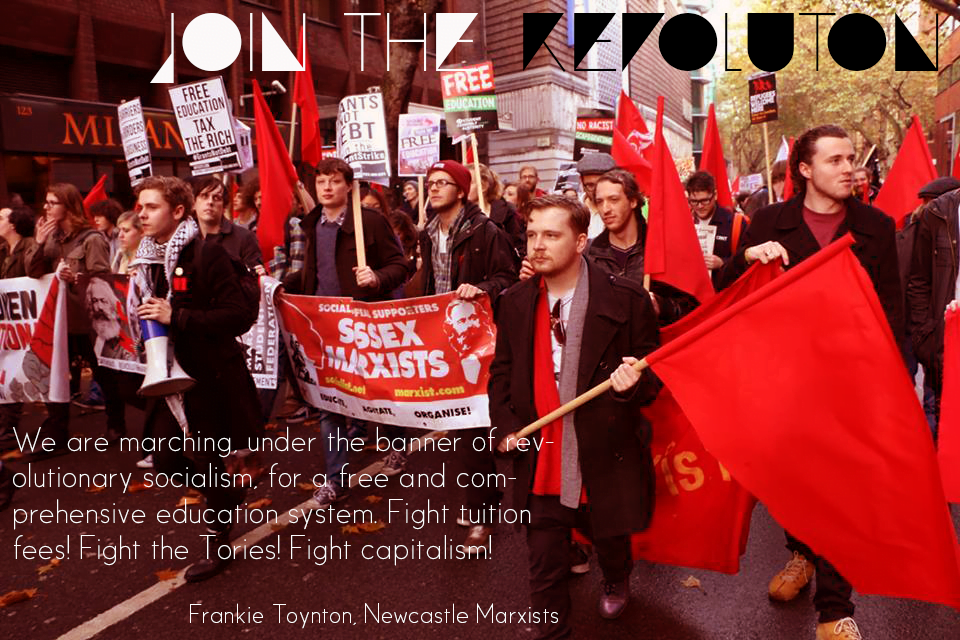 The demo has been called to defend education against cuts, privatisations and marketization. Recently there have been endless attacks on bursaries, grants, teaching standards, lecturer’s pay, and the list goes on. We need to build strong links between students and staff to fight these attacks every step of the way – so a joint demo between the student and lecturers’ unions is great news. 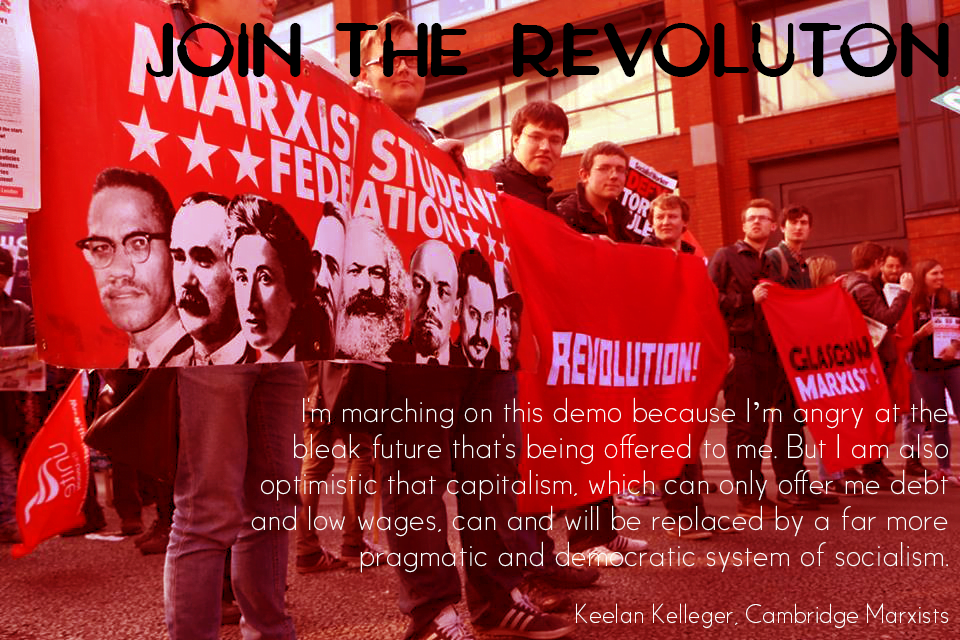 These links need to extend beyond just the realm of education and out into every sphere of society. Education hasn’t been singled out for attack – the NHS, council housing and the welfare state are under sustained assault. Doctors, public sector workers and everyone who has seen their living standards stagnate or decline in recent years can come together in unions, protests and demonstrations to fight back against the government. 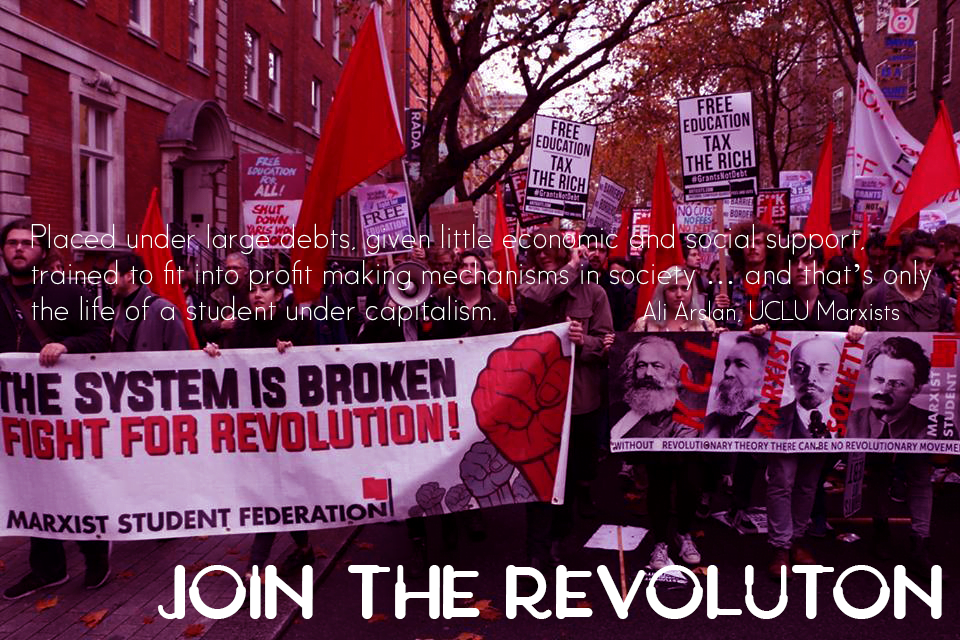 A common political programme, articulating what we’re against and what we’re for, is the way to bring all these struggles together. At the end of the day we’re all in the same boat – we’re suffering because the logic of capitalism is the logic of crisis. That’s why there’s cuts across the public and private sector and collapsing living standards across the board. 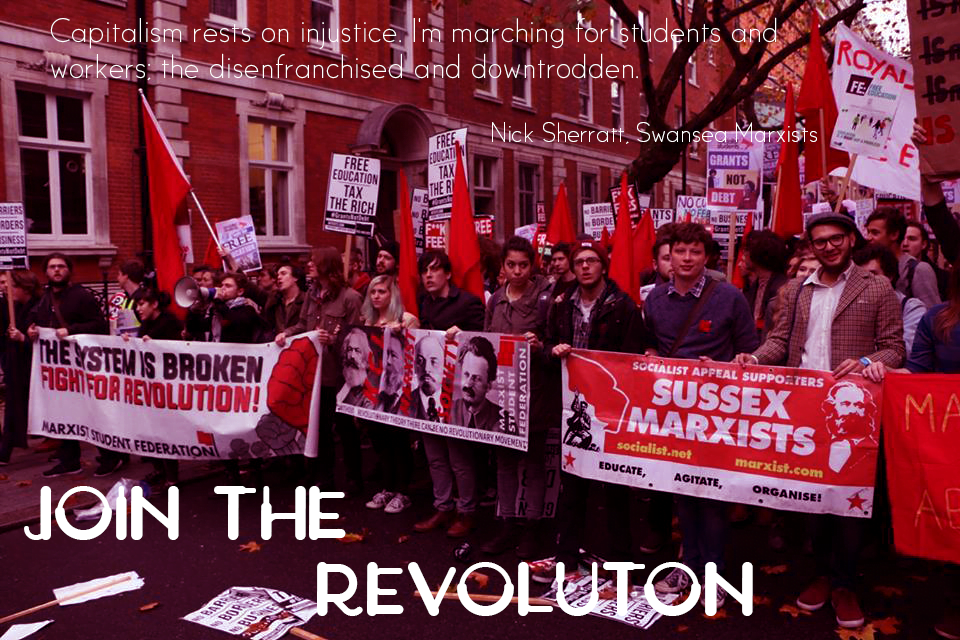 We have to be against economic crisis, against austerity and against capitalism. The resources are there for everyone to have a good education, a good house, a good job and to live a decent, healthy life. But these resources are in the wrong hands. They’re hoarded by the super-rich while the rest of us have to make do with less and less. We have to fight for a society where these resources are in our hands, and used to plan the economy for need not profit. 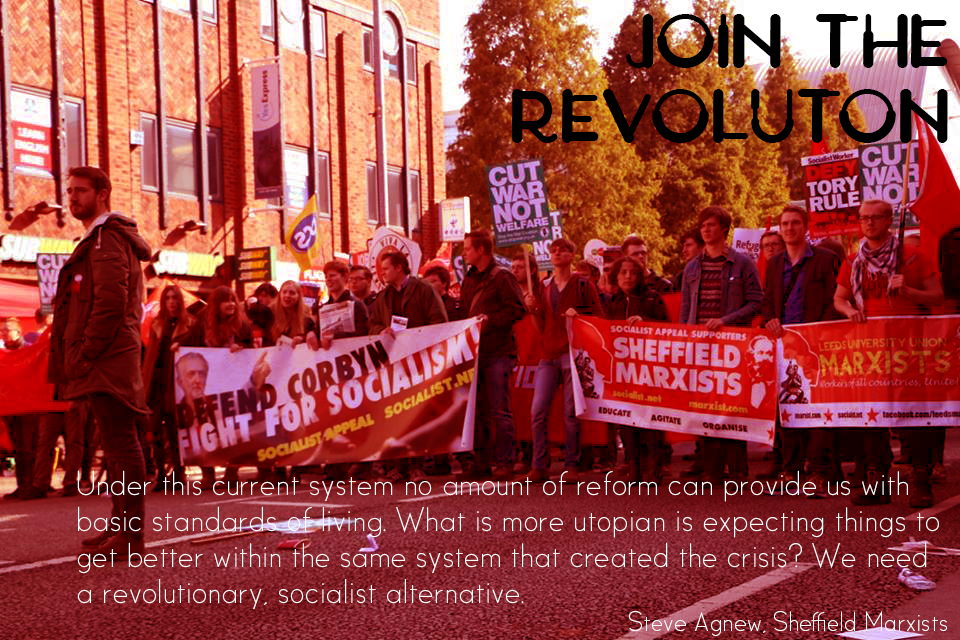 We’re trying to turn the world upside down. In a world where Donald Trump is president of the USA, where Britain is not part of the EU, where Scotland could secede from the UK, and where countless thousands of refugees are being bombed out of their homes and then turned away when they seek help – what alternative do we have than to fight for a fundamental transformation of society?

This is why we’re marching as socialist revolutionaries on Saturday. And that’s why you should join us.