Young people have been affected deeply by the crisis of capitalism. Education is under threat, living conditions are worsening and, as a result, people are getting more angry. That anger alone is not enough, many people want something to change but feel defeated by the prospect of making that change happen. Having the ideas of Marxism, and an organisation of dedicated revolutionaries backing up action, can allow this feeling to be overcome and the forces of Marxism can be built.

As the capitalist crisis deepens, the future of instability and ecological ruin draws closer. A layer of young people are looking for a way out and seeing the need for radical change. As Marxists, serious about building a revolutionary leadership, we must cast a keen eye on organising these young people.

When I first joined the Marxist Student Federation, as a 16 year old revolutionary, I was hesitant about organising in a college where I felt alienated both socially and politically. I asked myself constantly whether my peers would see the need to struggle against capitalism.

This nervousness was merely an obstacle I had to smash. Through conversation with experienced comrades, and a serious approach to conquering Marxist ideas, I was able to begin the patient work of organising students at my college.

Capitalist society imbues us with nervousness and pessimism. The idea that ‘this is simply the natural order of things’ dominates, and a sense of hopelessness hangs over many young people today. Gaining an understanding of the history of class struggle, revolution, and the power of the working class allowed me to break through the shackles of pessimism.

I have since been able to persuade many young people, not just of the need for students to organise to support workers and fight for our immediate gains for ourselves, but of the need for a revolutionary, Marxist organisation which can fight for a socialist transformation of society.

Learning on the picket lines

One important lesson I learnt is that consciousness, the way we understand things, can shift very quickly.

For me, this happened during a teachers’ strike organised by the NEU at my college. At first, students knew very little about the strike. Predictably, management didn’t release any information about what was happening and the striking teachers had clearly been warned against creating disunity.

It was not just the consciousness of previously uninterested students that changed, but my own understanding of what could be achieved that was turned on its head during events.

With no help from the college, I managed to find out that a picket line would be held every morning outside the college so I began attending. Outside the college, away from the watchful eye of management, the striking teachers could talk more freely about the conditions that had led them to strike. 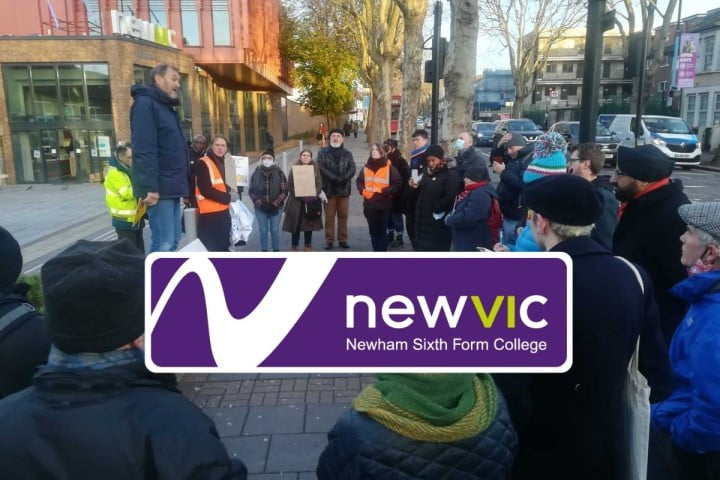 They were being bullied, harassed and some had been fired by the college’s ‘CEO’ and HR department. I had known previously about the terrible treatment of teachers across the country. Seeing it in my school, hearing it from my teachers, drove this point home to me fully.

The morale boost that the teachers gained from me being on the picket line showed me exactly how important real solidarity is. It confirmed for me that organising young people to defend and support struggles in their schools is absolutely vital. Forming a united bloc of students and workers against the management was shown to be the best way forward. I dedicated myself to extending this solidarity and getting more people involved.

For the vast majority of the strike, the management’s ploys had been successful. They had sowed confusion and disinterest amongst the students. For a long time, I was the only student on the picket line. Marxism teaches us to view things with a long perspective. The class struggle goes through ebbs and flows. Without this understanding, I may have become disillusioned, however, I knew that seeming stagnation on the surface can be followed by sudden and huge leaps forward.

In the final two weeks of the strike, I was able to create more of a buzz amongst the students, building towards a student meeting aimed at explaining the strike to students and creating solidarity. 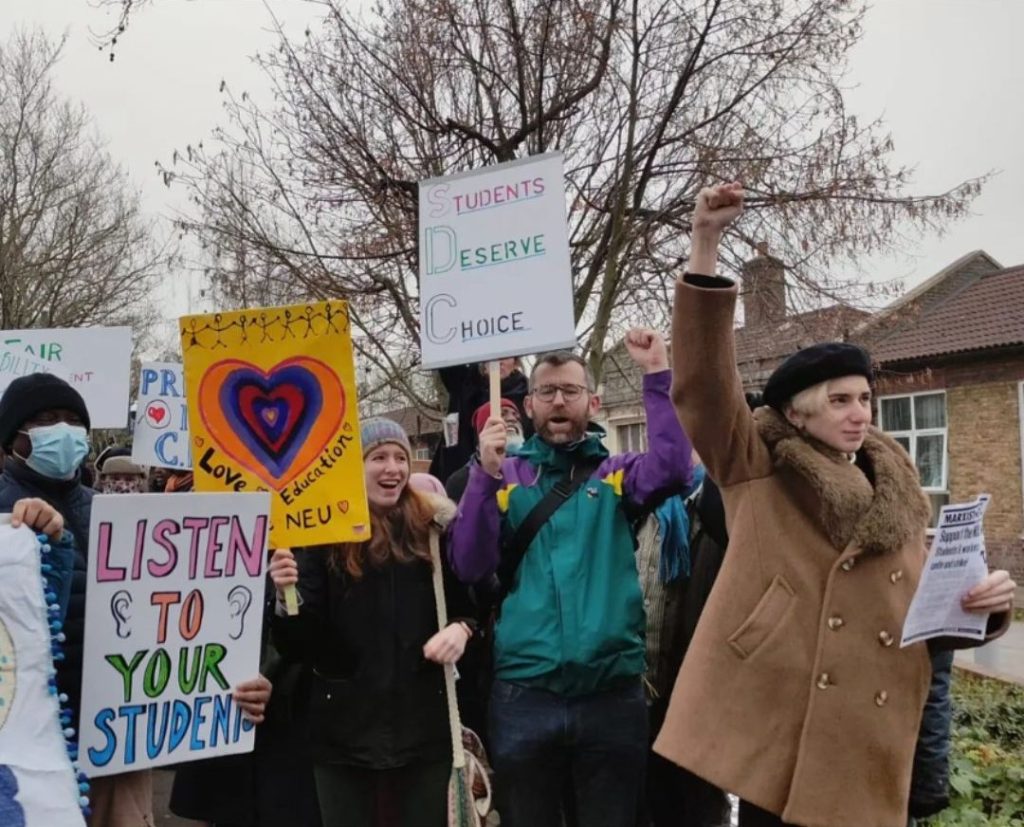 I was able to show other students, in practise, how the problems they faced at college were tied to something bigger. They were not isolated problems but were rooted in the same problems our teachers were facing, the same problem our parents were facing. All of this was tied to the global crisis of capitalism.

This was not an easy fight, those now building with me were threatened constantly by the management. We were told we could face legal action or have our financial aid removed from us.

Without a serious organisation standing behind us, we could have fallen at this hurdle. Marxism has been described as the memory of the working class. This means that a Marxist organisation steeled in the history and knowledge of the class struggle can prepare us for the battles ahead.

Facing attacks from your school as a group of 17 year olds is not easy. We had never faced anything like this before. Knowing that weakness invites aggression and that building momentum was the only way out of this storm was what allowed us to keep going.

On this basis, we held firm, and were successful. Management agreed to the teacher’s terms directly following our meeting and cited the growing student involvement as a reason why. The combination of workers and students coming together is what led to our victory.

More than one struggle

The struggle did not end here: there was now a small group of students who had been radicalised by the strike.

We set up a student committee composed of the majority of the students who had attended the meeting. This was outside the official channels of the college, which bans any political organising and would find bureaucratic methods of impeding us.

We meet every week to discuss political theory and what must be done to change not just the college but the rest of the world. As well as those involved in the strike, we began inviting other students who showed an interest in political organising.

This base of organised students allows us to intervene when similar situations arise, as they did earlier this year in the wake of school protests surrounding police presence/strip and search policies in schools. We organised a solidarity walkout, as had been seen in other London schools and colleges.

There are many more radical students in my college. By creating a committee, other students will not have to struggle to learn the same lessons I did.

The work has only just begun, a committee of school students is not enough. We know our struggle against poor working and learning conditions at our school is part of a wider fightback taking place across the labour movement.

Having the comrades at the Marxist Student Federation and Socialist Appeal supporting me, educating me and pointing me in the right direction allowed me to support my teachers, show other students what needed to be done and create a dedicated group of revolutionaries who can carry on the work of building a revolutionary leadership at my college.

We will continue to fight against horrible treatment by management, but we now understand that the only way to guarantee this, is to fight for world socialism. This is our goal.