UCU national congress to vote on solidarity with Pashtun movement

Beginning on 30 May the University and College Union (UCU), the largest higher and further education trade union in the world, will be holding its national congress in Manchester. On the agenda, among many other things, is a motion submitted from the Kings College London branch of the UCU expressing solidarity with Pakistani workers and trade unionists in light of repression against the Pashtun movement by the Pakistani state.

Pakistan is currently being rocked by a mass movement of Pashtuns, an oppressed minority in Pakistan. The Pakistani state has responded to this movement with violently repressive measures, including the extra-judicial abduction of trade unionists and socialists who are supporting the Pashtun’s demands for basic democratic rights.

It is significant that the largest higher and further education union in the world should be discussing solidarity with trade unionists in Pakistan. Pakistani workers are being subjected to state repression for making demands and organising demonstrations in a way that we in Britain would consider part of the most basic elements of socialist organising. International solidarity can have a measurable impact on struggles such as this. The UCU can boost the morale and fighting spirit of the movement, while weakening the repressive approach of the Pakistani state by making clear that trade unionists all over the world are watching.

We urge delegates to the UCU congress to vote in favour of motion number 42 expressing solidarity with Pakistani trade unionists and workers. And we urge all our readers to find out more about the struggle for trade union rights and for socialism in Pakistan here. 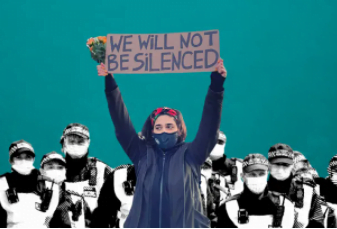 Wayne Couzens, sexism, and the state: More police on the streets won’t protect us

For many women, news over the last week has laid bare our worst fears. It has been uncovered that Wayne Couzens spent months planning the violent rape and murder of Sarah Everard – or, more Read more… 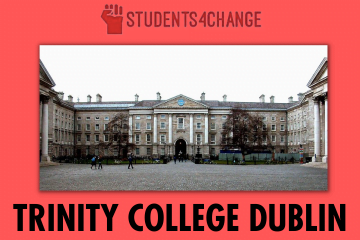 We interviewed László Molnárfi, founder of Students 4 Change at Trinity College Dublin. The University has faced an upsurge in anger from students, surrounding their education. They are organising on campus and demanding changes from Read more…