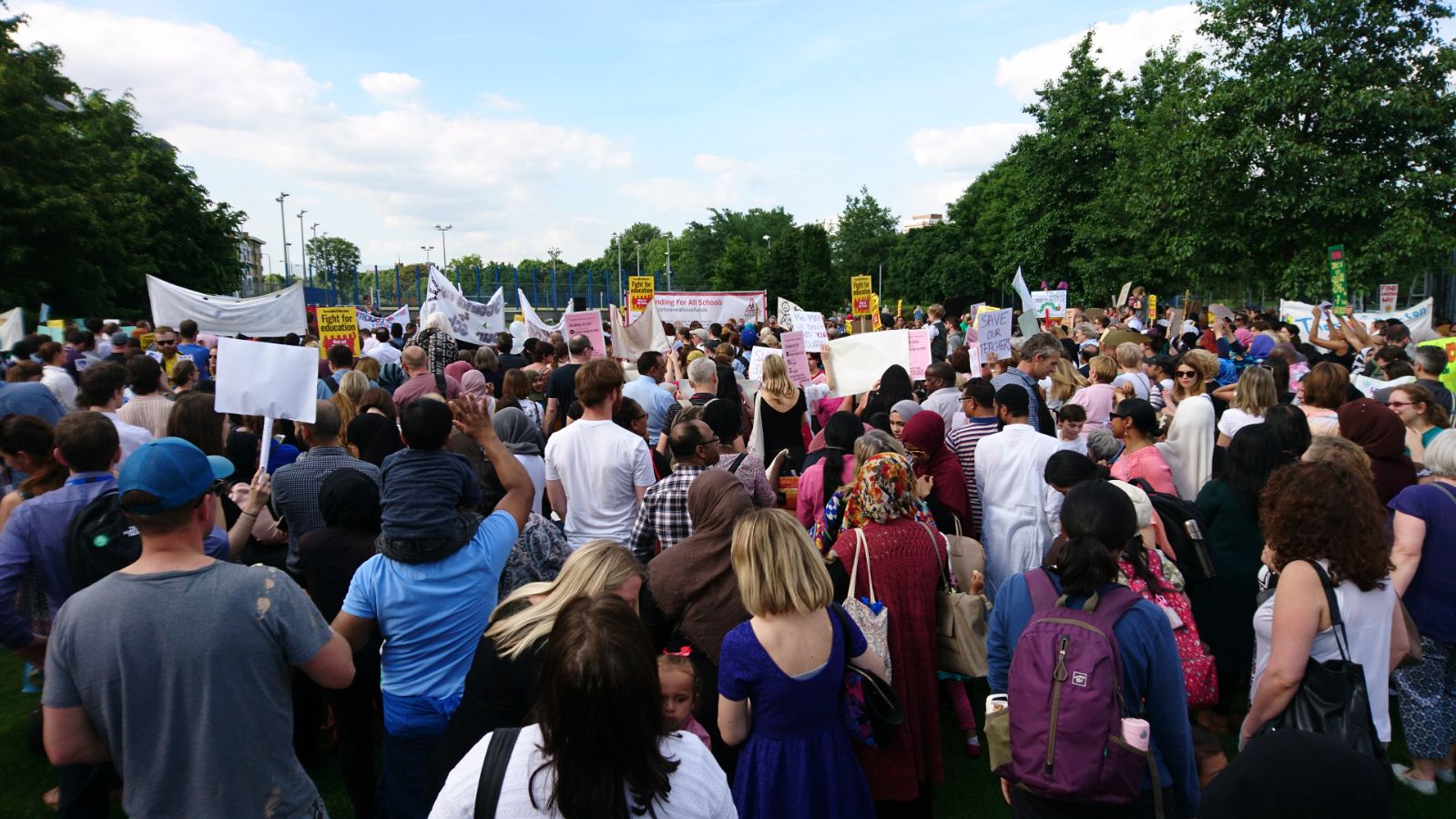 “We can’t let them take our future away! We can’t be pawns for their political ideas!”

These were the words of a fourteen-year-old girl to a crowd of hundreds of parents, teachers and school students who gathered in Mile End park yesterday afternoon, to rally against education cuts in the London borough of Tower Hamlets.

Despite the suggestion by some of the organisers that this was a community event, as opposed to a political one, a number of the speakers at the rally, especially the students, talked about how Theresa May and the Tories are cutting funding for local authority schools whilst promoting academies and grammar schools.

“Our only hope is for Corbyn to win the election” one parent told me. “If Theresa May wins she’s going to make our lives impossible,” a mum explained to her daughter while we were discussing the latest polls. “But whoever forms the next government, we’re still going to have to fight for proper funding for our schools”, one speaker said from the platform.

The vibrancy, energy and willingness to put up a fight with which yesterday’s rally was charged should give us confidence that people are getting organised and prepared to stand up for education.

Corbyn’s leadership of the Labour Party has given a political focus to this feeling, and he needs to fight on a solid socialist basis for well-funded and well-managed schools. That means challenging the capitalist system that puts profit above decent education.

Similar rallies for education will be taking place all over the country. Parents, teachers and students should go along, get organised and fight the cuts.