Published by Marxist Student on October 11, 2018

Jade Unal, who runs a Young Labour group in Wakefield was recently brutally beaten by a far-right mob after attending a meeting put on by her local Labour Party. Having been called a “Labour c**t”, there is very little doubt that this attack was politically motivated. While the attack left terrible bruises and possibly lasting emotional trauma, she is luckily in stable condition. This incident leaves little doubt that a resurgent far-right is emboldened in this country.

Presently, these acts of aggression are isolated rather than organised, but it is evident that the frequency is on the rise. It was only a couple of months ago that militant trade unionist Steve Hedley was injured in a similar cowardly assault. This speaks to the growing polarisation in society as a crisis-ridden capitalism lays bare its true face. While the “reasonable” ruling class parties are busy legitimising the hateful ideologies that engender such attacks, it is the working class, the poor and oppressed, who bear the brunt no longer just of the everyday brutalities of capitalism, but increasingly also the far-right’s extraordinary aggressiveness.

There is one thing the year of 2018 has made clear beyond all shadow of a doubt: for all the pretence about caring for “the white working class” and speaking for “the forgotten”, the far-right are a thoroughly reactionary bunch, with not the least shred of sympathy for working people amongst them. The forces of extreme reaction always have always been a tool in the ruling class’ arsenal against the working class. Charlatans like Tommy Robinson may pontificate about standing up for “British workers”, but their actions and those of their supporters speak more loudly. And in this case, a young, working-class woman was assaulted for no crime other than wanting a better world and fighting for it.

On the face of it, their tactics may have worked. Jade Unal says she was planning on standing as a Labour councillor, but the attack has understandably made her question the decision. We cannot allow the far-right to brazenly intimidate the working class; their barbarism must be nipped in the bud. History has shown that we cannot rely on the state to protect us, not when the far-right furthers the ruling class’ ends. Instead, the labour movement must stand in solidarity with Jade and show we won’t be beaten into submission. On the upcoming anti-fascist counter-demonstration on 13 October – due to coincide with a march by the far-right Democratic Football Lads’ Alliance – we call on the main unions, the Labour Party and Momentum to show a united front.

These thugs are not just violent, but also cowardly. When they attack, they only do so in groups, and in the hopes of taking their victim by surprise. This attack in particular stands out both for its brutality and for its cowardice in attacking a young woman and her mother. It is obvious that the far-right like their victims alone and beaten down, so one can’t help but wonder what will happen to all this enthusiasm for cruelty when faced with the organised forces of the working class, that outnumber them many times over? I would venture these brave defenders of ‘Western Civilization’ would run away with their tails between their legs, as cowards always do. This, then, is what we have to do: oppose far-right violence on a militant class basis.

You have my eternal support. If any Cambridge student anti racist/pro marxist events require marshals or security. Feel free to add my name and email to any list of individuals your organisation might or would normally contact for such services. Just tea or water, will be sufficient payment. I attended Anglia Ruskin university, and read law, so I am familiar with the criminal law and particularly the law of public order and plus I am 6ft tall and built like a barge. Good luck in all future endeavors.

Leave a Reply to Simon B Cancel reply 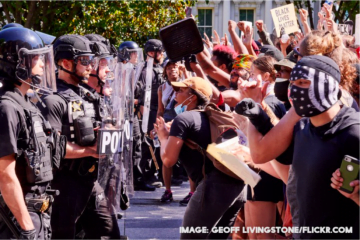 Biden and BLM: Where is the USA going?

Tens of thousands of Americans are actively looking for ideas, theory, and organisation. They are thirsty for internationalism and a revolutionary optimism grounded in scientific political perspectives. The example of every revolution in history shows that even relatively small numbers of dedicated revolutionaries can have a decisive impact on events under the right circumstances. 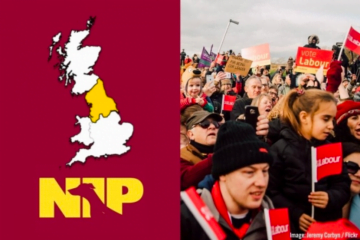 While the party has gained a considerable following on social media in the months since its creation, a question mark remains over whether they are a serious political force. Indeed, the NIP’s founder himself remarked that the project started as a joke on Twitter.