The state, politics and parliamentary struggle

On the first page of the Communist Manifesto, Marx highlights the character of our age: class struggle between the capitalists and the working class. Each engages in a conflict with the other, fighting for their diametrically opposed class interests.

The struggle between these classes has been happening for over 200 years now. So why then have these two classes in the course of their struggle not torn society asunder?

The interests of the capitalists are clear – to exploit the working class and extract as much profit as possible. The fact that there are laws against child labour is evidence of the barbarism the bosses will resort to, when given the chance.

On the other side, the working class has a shared interest in resisting this exploitation, and instead fighting to raise living standards through better pay and conditions.

Seemingly standing above these two forces is the state. In normal times, the state appears to be a ‘neutral’ arbiter, laying out laws and ‘maintaining order’, supposedly in the interests of all. In reality, however, the state is a tool of the ruling class, used to maintain their dominance over society and uphold their own class interests. 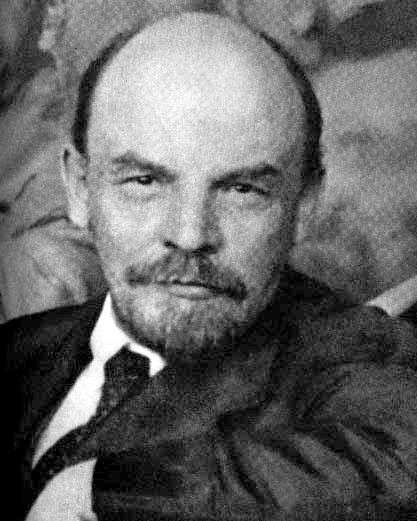 Vladimir Lenin – leader of the Bolsheviks – famously defended the Marxist conception of the state from reformists like Karl Kautsky.

In its most basic form, the state consists of ‘bodies of armed men’, which exist to defend the status quo – that is, the power and property of the ruling class, based on the exploitation of the working class.

To this end, the state organises courts and the legal system, which defend capitalist property rights – i.e. wage slavery. And it manages armed forces – the police, the standing army, and the prisons – to ensure the maintenance of private (capitalist) property.

When workers organise and fight for better living standards, however, the capitalist class can often be forced to give concessions.

As previously mentioned, for example, child labour laws came in thanks to workers’ struggle. Later, pensions were introduced to ensure that elderly workers would not be reduced to pauperism. And universal healthcare in Britain – in the form of the NHS – was established on the back of mass radicalisation seen during and after World War Two.

These so-called ‘socialist’ policies are in fact only the carrot, when the repression of the stick no longer works; or rather, when the ruling class fears that using a bigger stick will result in revolution.

Under capitalism, parliament is nothing but a talking shop; a forum where the representatives of capital discuss how to keep the status quo in place.

Interested in reading more about the Marxist analysis of the state? Why not get yourself a copy of Lenin’s State and Revolution, available from Wellred books for only £6.99 with a modern introduction by Alan Woods?

This bourgeois form of democracy, where all the real decisions are taken by unaccountable bosses and bankers, also acts as a safety valve, helping to alleviate the pressures that build up within society.

The existence of an elected body that supposedly represents the population, offering hollow promises of change and progress, allows the establishment to divert the anger and discontent of the masses down ‘safer’ channels.

In this way, instead of organising to overthrow the whole rotten system, workers are offered a choice between different big business politicians; between this or that representative of capitalism. The faces at the top change, but the same capitalist class interests are vigorously defended inside Parliament.

We can see this illustrated in the USA. The only major political parties are the Republicans and the Democrats. The capitalist media depicts them as fundamentally opposed. But in reality, they are identical.

Both are bourgeois parties, faithfully serving the capitalist class, and working to advance the interests of Wall Street against the workers. These parties take turns cycling in and out of government every four or eight years. But they are only two alternating jackboots of a single bourgeois dictatorship.

In many advanced capitalist countries, however, workers have come together to defend their own independent interests: firstly, by forming trade unions; and secondly, by creating political parties to represent workers and labour.

Even here, the capitalist class does not stand back idly while the working class attempts to form their own parties. As can be seen with the Labour Party in Britain, the establishment will always seek to take over and corrupt workers’ parties, to ensure that they have a reliable reserve team for capitalism.

The struggle currently taking place inside the Labour Party is a reflection of this – of the establishment attempting to regain control of the party, on one side; and workers looking to transform the party along socialist lines, on the other.

The failure of the German Revolution offers another example of this. The German Social Democracy (SPD) had been the mass party of the working class in Germany since the 1870s. It held vast numbers of seats in the Reichstag (the German parliament). 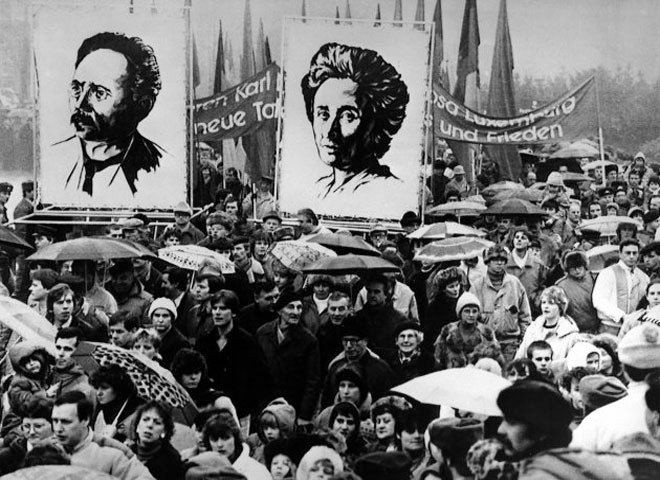 Photograph from a demonstration during the revolutionary period of 1918-1919 in Germany. Portraits are Karl Liebkneckt (right) and Rosa Luxemburg (left).

But over the decades, the party’s leaders had come under the pressure of capitalist society. Many of its leading layers became detached from the working class and were bought off by the ruling class, abandoning Marxism and genuine socialism. They became – what Marx and Engels called – an ‘aristocracy of labour’.

This was demonstrated in 1914 when SPD MPs betrayed the working class and voted for the ‘war credits’ that enabled Germany to launch what would become World War One.

In 1918, when a revolutionary wave swept across Germany and the working class held power in its hands, it was the SPD who came to the rescue of the ruling class, proclaiming a new capitalist state. And it was this SPD government who set the reactionary Freikorps on communist leaders Rosa Luxemburg and Karl Liebknecht in the following months.

The capitalist system offers no future for the working class. Instead, the organised working class must smash the capitalists’ tools of oppression – their police, their courts, their army – through revolution.

In place of this, the working class must fight for democratic ownership and control over the economy and production. All aspects of society must be in the hands of the organised working class.

Initially, this will take the form of a workers’ state, where all officials are elected; where representatives are paid no more than the average worker; and where everyone has the time to participate democratically in politics and the running of society.

From this point, the workers’ state will ‘wither away’, its duty fulfilled. After all, what purpose does a tool of class oppression have where there are no classes? Instead of class conflict, society will be united and organised, consciously planning its destiny.

Where there once stood a repressive state apparatus, there will remain only the organised working class, managing production and the needs of society, operating under genuine democracy. This will be the realisation of communism – humanity’s emancipation from the shackles of class society.

Great article and very informative ! Interesting also to observe the Marxist concept of the “state” and the allegedly socialist state that exists in China. I do not see the oppressive state apparatus that exists there withering away any time soon ! The Courts, police and armies that the PCR use are just as oppressive than those found in the imperialist capitalist states and there is definitely no “democratic ownership and control over the economy and production.” I think China is definitely an interest case to analyse in what socialism should NOT look like ! I never understand those who claim to be on the left who defend them tirelessly, like those socialists who defended Stalinism nearly a century ago.

Would be an interesting topic for another article one day perhaps ? Anyway, keep up the great work !! I just discovered this site and I am thoroughly enjoying it 🙂

Absolutely comrade! Have a look at our international website marxist.com as we have many articles about China!