The British education system embodies the internal contradictions of bourgeois society. The supposedly neutral curriculum, which should be designed to further the advancement of objective knowledge, in reality reflects the interests of the British ruling class. This is the reason behind the latest attacks on freedom of speech  which the bourgeois profess loyalty to. Through banning the use of anti-capitalist material in certain lessons in schools, it is clear that the education system, like everything else, is an arena of class conflict.

These orders from on high stand in stark contrast to the rising levels of consciousness among the youth, who due to the climate crises and the exam results fiasco to name a few, are becoming ever more militant and have begun to organise spontaneously.

Lenin said ‘He who has the youth has the future’ and this is a lesson the capitalists understand. But these developments among the youth are being driven not by Marxist infiltration of our education system but by the urgency of the multiple crises facing humanity! The Tories, though they recognise the danger, cannot prevent this development without overcoming the irreconcilable contradictions of capitalism.

We should be under no illusions about the quality of the curriculum prior to this latest policy. The caricature of socialism that was made part of my own education is a case in point. One would think that a rigorous A-level in Politics would cover crucial distinctions between Stalinism and Bolshevism, the conflict of labour and capital, and the basic contradictions causes capitalism to go into crisis..

However, the opportunist ideas of Anthony Crossland and Beatrice Webb were apparently more important. In fact, out of the main “socialist” thinkers through which students are expected to understand socialism, only two of them- Karl Marx and Rosa Luxemburg- are actually socialists.

I would suggest that those drawing up the curriculum take a look at this website for an introduction to some of the thinkers whose existence they have apparently forgotten.

The course also conveniently ignores the contribution of socialist thought to other areas. When learning about democracy, I was taught that it was divided between direct democracy and representative democracy, there was no mention of industrial democracy or democratic centralism. What was presented as an objective approach to the study of politics was already skewed before the first class began by the content of the course itself.

So what is to be done?

We cannot expect the British state, representing the interests of the capitalist class, to give us any education which would threaten those same class interests. It is up to us to educate ourselves, through the Marxist Student Federation and Socialist Appeal, in the ideas of authentic socialism and the real history of Britain. Only then, through the complete overthrow of the capitalist class, will we be able transform the education system into one whose genuine purpose is the expansion of human knowledge for the benefit of all and consign the Tories war on truth to the dustbin of history. 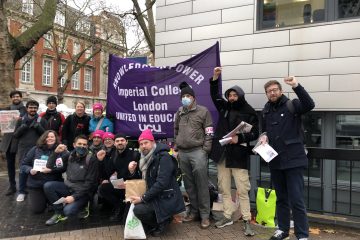 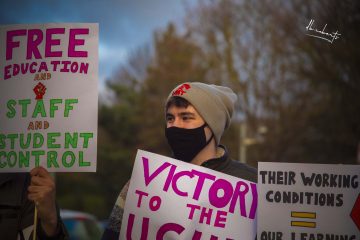 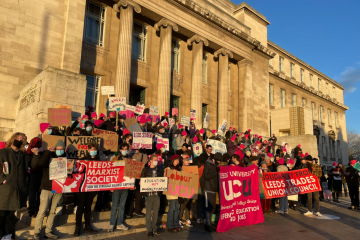