Tell the Truth: Britain and the slave trade

In 2014, then Tory prime minister David Cameron told Mail On Sunday readers that Britain “was the country that helped abolish slavery.” This lie has been perpetuated for nearly two centuries.

History records that the British slave trade was abolished in 1807. What is scarcely mentioned is that colonial slavery under British rule continued for decades to come. Over 700,000 humans remained under the rule of the whip in the British Caribbean; 300,000 in Jamaica alone. It was purely a question of profit and power.

The discovery of America at the end of the 15th century set in motion a centuries-long struggle between would-be colonial powers for domination. The Pope himself divided up Latin America between Spain and Portugal and the other mercantile powers of Europe duly set forth to stake their own claims.

The Carribean islands were ripe for colonisation as staging posts between the Old and the New Worlds and as sources of great profit in themselves. Cotton, tobacco and especially sugar would soon be in great demand. However, to generate this wealth, labour was needed to work the newly established plantations.

Enslavement of the indigenous people was used first, but when they died out through disease and overwork, England turned to the poorest and most exploited sections of Britain itself to take their place. Many were tricked into seeking an escape to a better life. Many more were just kidnapped, or forced as convicts to go. However, when this option proved insufficient, England turned to the slavers who were targeting Africa.

All the colonial powers were seeking slaves and England soon cornered the market in such trade. The likes of Glasgow, Liverpool and Bristol prospered on the back of it. It is said that over a 250 year period around 12 million people would be captured and transported from Africa to the colonies and the new world. Two million would not survive the journey.

This trade in human souls and the huge wealth it generated in the colonies would underwrite much of  the Industrial Revolution. This is the bloody legacy that British capitalism inherits today.

We are often told that the British colonialists treated their slaves with a degree of humanity, unlike the French and Spanish. This is another lie. Records show that English overlords were especially brutal, working slaves to death and subjecting them to every barbarism imaginable.

Britain’s abolition of the slave trade in 1807 had nothing to do with morality. The colonies were facing a classic crisis of overproduction and the plantations were losing money. It was felt that breaking the slave trade would firstly undermine Britain’s competitors whilst shoring up existing plantations against new competition.

However, the plantations still needed workers and so slavery itself was maintained. A powerful lobby, rooted in the establishment itself, set to work to ensure that slavery wouldn’t face abolition. Despite belated opposition, strong support for slavery remained ingrained in the English establishment.

Two factors determined the abolition of slavery when it finally came in 1833-38. Firstly, it was losing economic viability. Secondly, the growing number of slave revolts had undermined London’s confidence in the control of such a system.

So it was that the establishment decided that they had been against slavery all along!

Of course, as is always the case with the rich, nothing comes for free. A massive loan was announced in compensation to the slave owners. Under pressure this was raised and turned into a grant. Allowing for inflation, this grant  – the equivalent in today’s money of about £340bn – represented the biggest state handout to the rich in British history prior to the 2008 financial meltdown.

The fate of the slaves was rather different. Under the terms of the Abolition Act, West Indian slaves were not immediately freed, but forced to keep working as indentured labour or unpaid “apprentices”. Slavery was replaced by wage-slavery at best.

Today, this history is brushed off as a distant past. Yet the legacy of slavery lives on in the forms of colonialism, poverty and racism. The direct descendents of those who profited from the blood of the slaves continue to enjoy fabulous inherited wealth to this day.

For example, one of earliest families to seek their wealth in Barbados was the Drax family. They owned slaves and recieved huge compensation when slavery was abolished. One of the most ruthless of the plantocracy families, it is believed that 30,000 slaves died on the Drax plantations alone. Today, the Drax Hall plantation is owned by Richard Drax, the Tory MP for South Dorset, and ardent critic of BLM and the dumping of the Colston statue in Bristol Harbour. It is not hard to guess why.

The lies about slavery have been allowed to go on for too long, as has the system which grew and benefited on the back of it: capitalism. 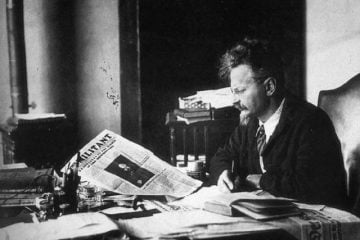 Life is beautiful. Let the future generations cleanse it of all evil, oppression, and violence and enjoy it to the full. 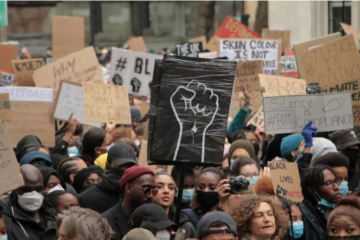 Racism and the police: No solution under capitalism

A new parliamentary investigation into racist policing finds that the situation facing black communities is worse today than at the time of the Macpherson report, 22 years ago. To end police violence and racism, we must end capitalism. 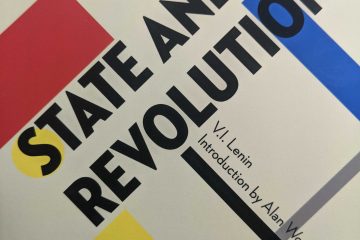 Why you should read ‘The State and Revolution’ by Lenin

In August 1917, Lenin took pen to paper to write one of his most seminal works, The State and Revolution.  This preceded the Russian Revolution, and was used to organise and educate the Russian working Read more…