After an excellent start to the UCU strikes last week, Marxist students have again been out on the picket lines today in solidarity with our lecturers. Despite the snow and sub-zero temperatures the pickets were in excellent spirits this morning – everyone feels like this is a strike that can be won.

The UCU picket at UEA continued this week with a high turnout despite the sub-zero temperatures and intermittent snowfall. Having returned from their break, many more strikers manned the pickets today with banners and placards. Morale remains high and discussion was had between comrades and lecturers over how to motivate more of the student body to the picket, with plans for the socialist society to host a panel of lecturers to explain to students why the strike is taking place and how they can support it. 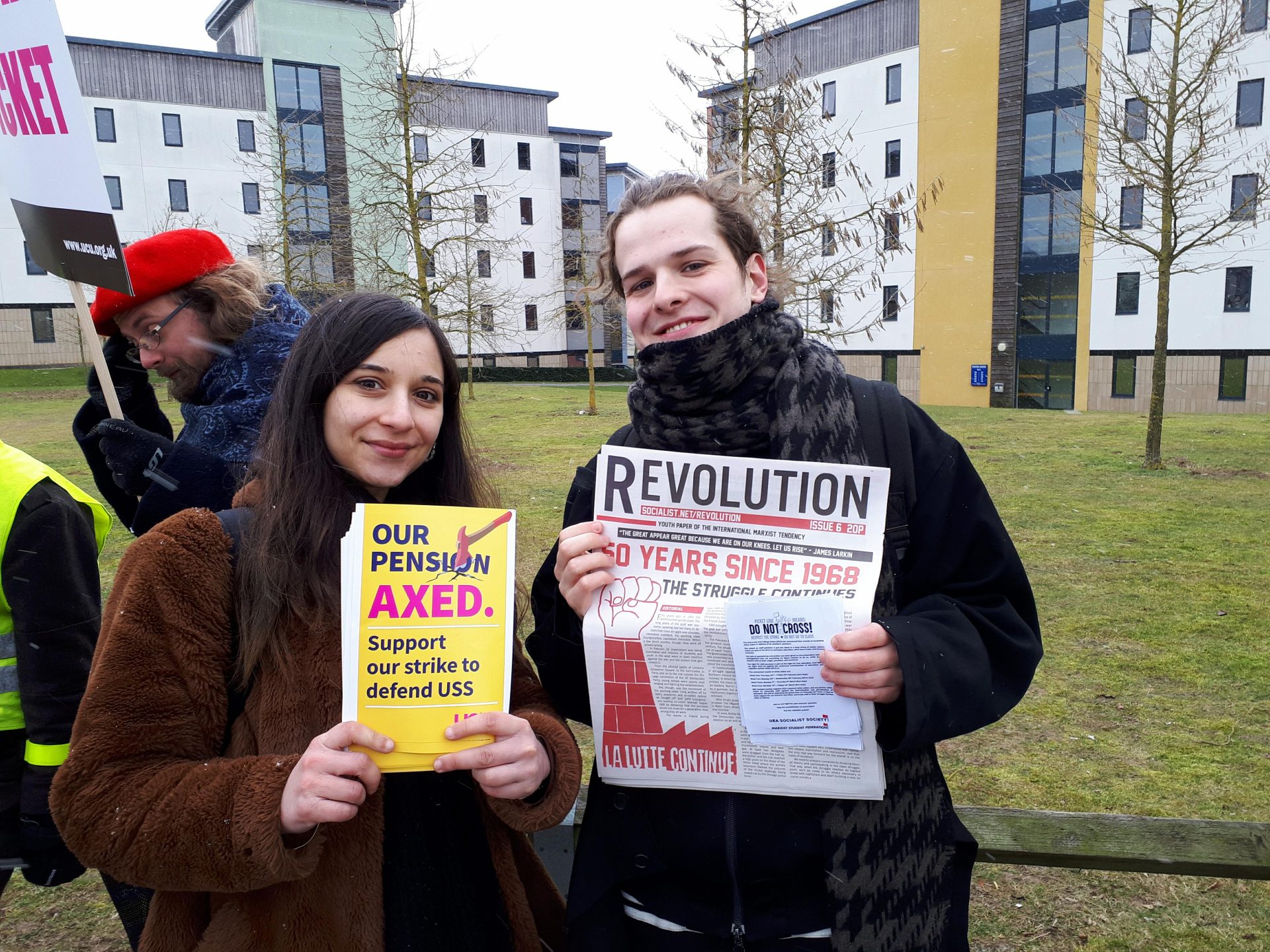 In Canterbury the Marxist society at the University of Kent joined the picket lines. After a decent start last week, the picket lines at Kent have swelled even more this morning, with dozens more students coming out to support the strike as it enters its second week. Kieran from the Kent Marxist society sent the following report:

The mood is honestly inspiring. Drums, whistles, chants, shouts – you can hear it off campus. The officials are keeping it quite calm but you can tell there is a definite mood of anger amongst the crowd. People are determined to keep striking, adamant that it won’t just peter out. There’s a great atmosphere around campus. 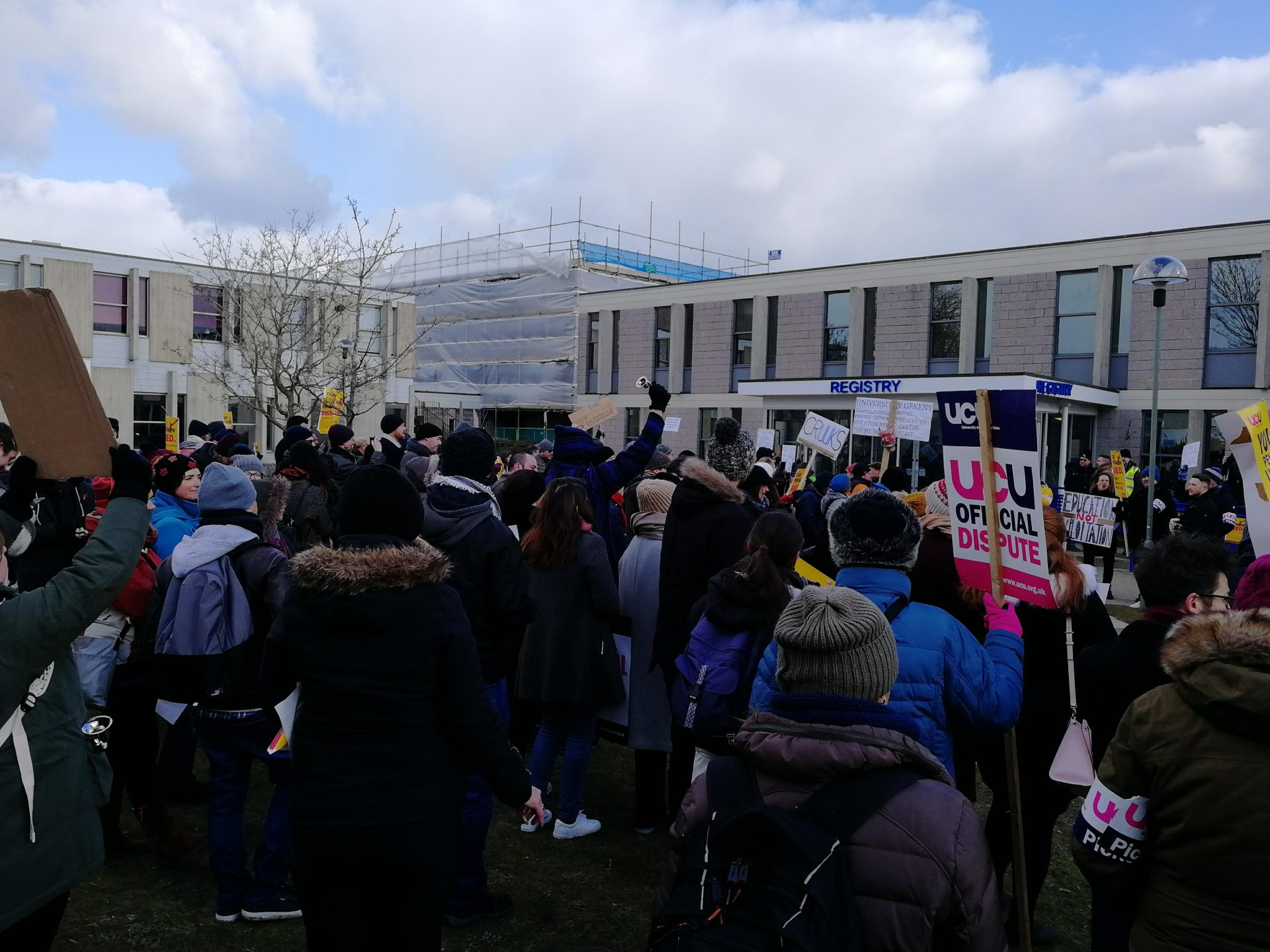 In London the Kings College Marxist society was on the snowy picket lines at KCL. The KCL Marxists interviewed the president of the UCU branch at King’s College London – you can watch the video here:

In Southampton the Marxist society was on the picket lines once again this morning and were live streaming the impressive strike rally that took place at the university, with dozens of staff and students in attendance!

Similarly in Warwick the Marxist society have organised yet more delegations to the picket line. From there they’ve been live-streaming speeches and rallies, with the latest video available to watch here:

The picket line started out small at 7:30am but had built up to about 30 people by 8:30. We helped the striking staff hand out their flyers to passers by and to students trying to enter campus. We also helped stick up union banners and got talking to staff members. The overall mood was positive, and whilst not many actual students were on the picket lines, the staff on strike did inform us that their students were generally supportive. Everyone agreed that cuts to pensions are part of the broader attacks on education and the working class. Our help as Marxist students was welcomed by the strikers. As the picket line grew, chants were started and we managed to block a few people from entering campus entirely. We had a good presence on the picket lines and will be following this up by intervening in the upcoming Student Union AGM, where motions in support of the strike will be passed.