Many students at Edinburgh Napier freshers fair showed an interest in the ideas of Marxism yesterday. Ideas such as a National Education Service, free education, a living rent and price controls on food, beer, cider, spirits, toiletries and a fight for a socialist future the students need and deserve, all clearly gained an ear with everyone there.

Domino’s and Pizza Hut promoters were competing with each other. We called for the “nationalisation of Pizza Hut and Domino’s under workers control, trade union rights for all service promoters. Pizza Hut and Domino’s workers should stop fighting each other and start fighting their bosses” to which some of the workers responded well and took our literature whilst others…well we will need to work a bit harder to win them all over! Despite the rain, a good day! 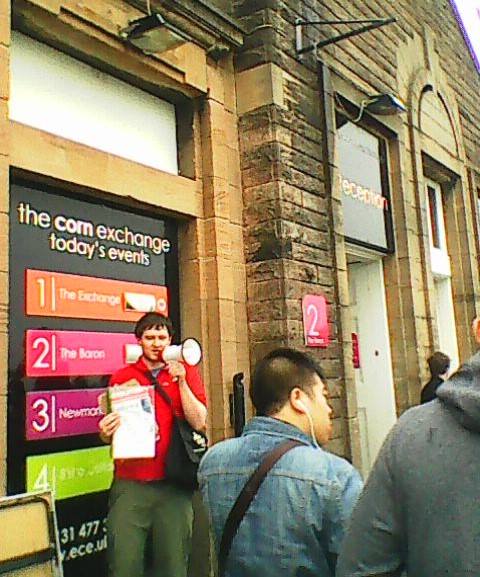