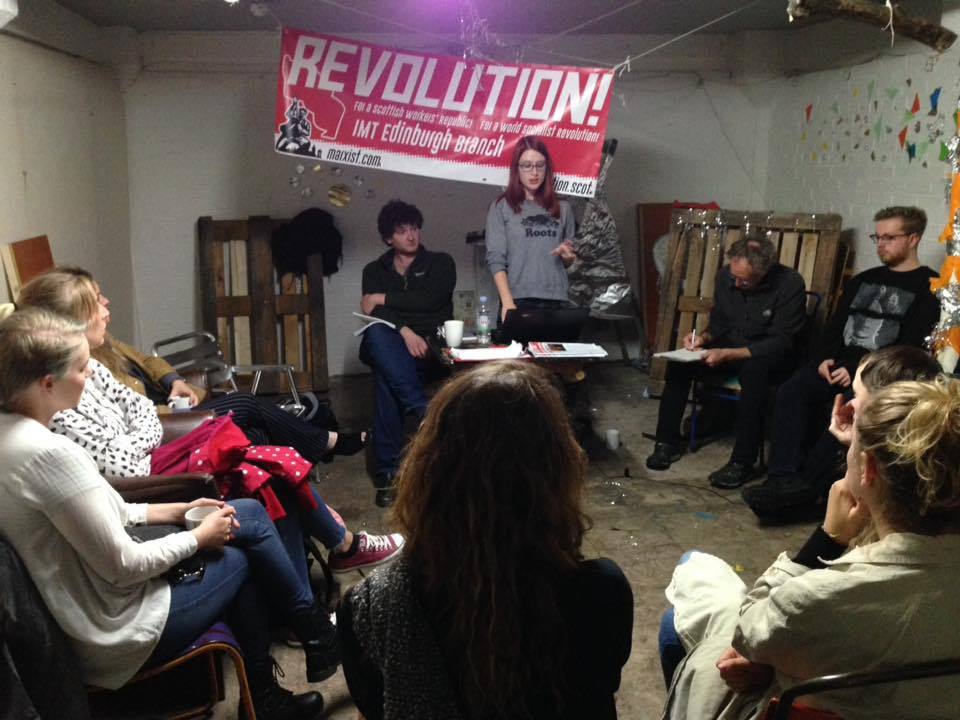 Marxist students in Edinburgh and Glasgow got the term off to a great start last week with stalls at the freshers fairs and interesting meetings of the Marxist societies.

Around 50 new people signed up to join the Revolution society in Edinburgh, and there were ten new faces at our first meeting that evening. Grace, a masters’ student at the University of Edinburgh gave a really excellent introduction on the topic of ‘What is Marxism?’ and the discussion that followed was interesting and thought-provoking.

In Glasgow over 130 brand new people signed up to join the Marxist society and our first meeting was that evening on the subject of ‘Who were the Bolsheviks?’. Daniel Morley from the editorial board of Revolution, the Scottish Marxist newspaper, gave an introduction to the topic before questions and contributions from the roughly 30 people who had come along for the meeting.

Our meeting in Glasgow was followed by our traditional Red Clydeside pub crawl which featured several pubs and bars situated in various locations around Glasgow that have been connected to the class struggle at one time or another. Twenty or so comrades came along on our journey back through the radical history of Glasgow. 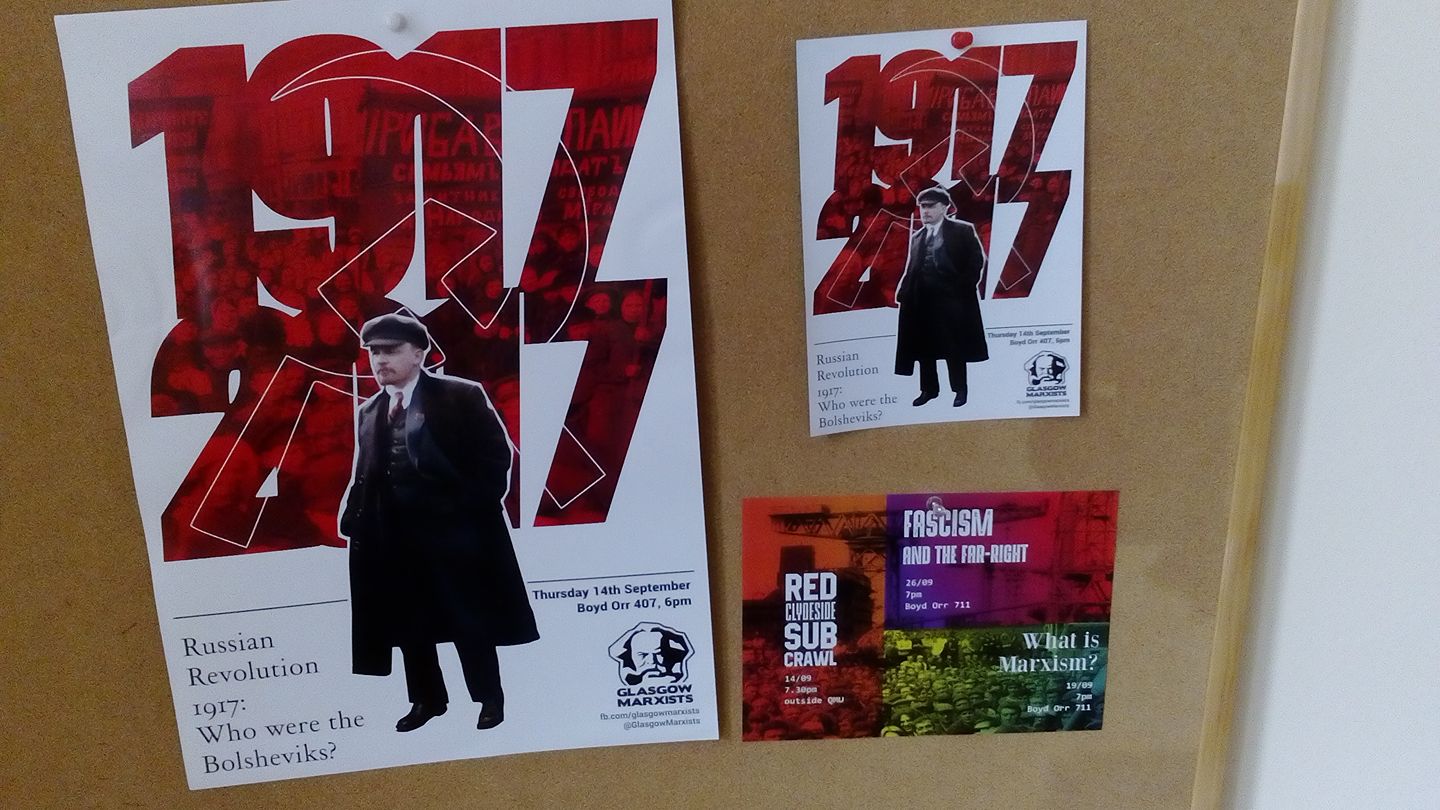