As the festive break begins, it’s a perfect time to get stuck into a good book. Alongside reading Marxist classics by writers like Marx, Engels, Lenin and Trotsky, here are some revolutionary fiction titles which we heartily recommend.
The Marxist Student Federation wishes everyone (except the capitalists, that is) a Merry Marxmas and a Revolutionary New Year!
If you’d like to get involved in the struggle for socialism in the new year, join the Marxist Student Federation! 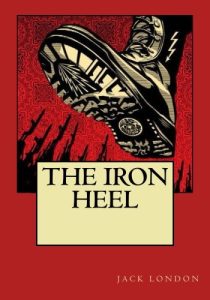 This dystopian class-struggle novel is an all-time favourite for us. Jack London expounds some key aspects of Marxist theory in this story, without being too didactic. Remarkably, he even predicted the rise of fascism as far back as 1907. Indeed, Trotsky himself was very impressed by this novel and wrote the following:

“In reading it one does not believe his own eyes: it is precisely the picture of fascism, of its economy, of its governmental technique, its political psychology! The fact is incontestable: in 1907 Jack London already foresaw and described the fascist regime as the inevitable result of the defeat of the proletarian revolution. Whatever may be the single “errors” of the novel – and they exist – we cannot help inclining before the powerful intuition of the revolutionary artist.” 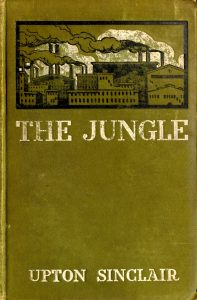 The Jungle by Upton Sinclair is a classic of socialist realist fiction. The book follows the lives of a peasant family that emigrates from Lithuania to Chicago at the turn of the twentieth century.

Upon arrival in ‘the jungle’ the family are confronted with the harsh reality of working class life, as they are preyed upon by all sections of the ruling class.

The book is famous for exposing the horrific conditions in the Chicago stockyards. But much more than this, it exposes how the entire system is stacked against workers, driving them down into ever greater misery. And how with changing conditions, comes changing consciousness – of the need for revolution.

The Grapes of Wrath – John Steinbeck 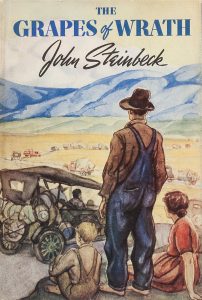 A masterpiece by anyone’s definition. Set in the hard years of the Great Depression, this novel tells the story of the Joads – a family from Oklahoma forced to migrate, along with millions of others, to California in search of survival after being evicted from their farm.

Here, the class struggle is depicted with brutal realism. From the callousness of the banks and the cruelties of farm bosses, to the furious, desperate resistance of the migrant workers, Steinbeck paints a picture of the brutalities of life under capitalism that has lost none of its sharpness and emotional resonance.

All Quiet On The Western Front – Erich Maria Remarque 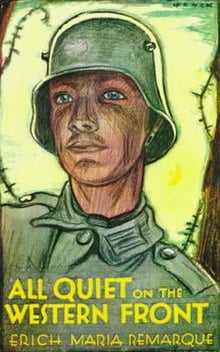 Based on the recollections of author and veteran Erich Maria Remarque, this novel expresses the full horror of WWI from the perspective of a rank-and-file German soldier. It has been adapted for film multiple times, and was banned by Joseph Goebbels under the Nazi regime for its anti-war message.

Roused by imperialist propaganda, the 20-year-old Paul Bäumer heads to the trenches of the Western Front. Friends and comrades are slaughtered over pointless battles for tiny strips of land, which continually change hands back and forth between both sides. Ceaseless fighting, disease and squalor strip the naïve young patriot of his humanity, turning him into a resentful husk, numb to his friends and family back home.

While it lacks a clear political stance on the causes of the Great War, this book is nevertheless an immortal account of the effect of this imperialist carnival of carnage on the ordinary working class people sent to kill each other by their predatory ruling classes. 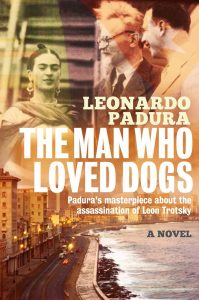 Based on rigorous historical research, seminal Cuban author Leonardo Padura crafted this captivating biographical novel that shifts between the lives of the exiled Leon Trotsky, his assassin Ramon Mercader, and a young Cuban student discovering this story decades later.

Through the lens of these three characters, Padura presents readers with a medley of revolutionary history, detective/spy fiction, and character drama. This is another inspiring look at Trotsky’s struggle to preserve the ideas of Marxism. 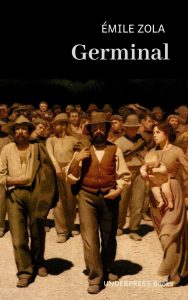 In this classic by the acclaimed French writer Émile Zola, we are told the inspiring story of a labour struggle in a mining town in northern France during the Second Empire. This was a period when the working class was beginning to flex its muscles and challenge the bosses on the industrial front.

Zola expertly captures the mentalities of the different layers of society, and in particular the working class. We see debates between political tendencies – from the anarchist Souvarine to the gradualist Rassneur, and the Marxist protagonist Etienne. We see how quickly consciousness leaps when once the struggle breaks out, and how formerly backwards and inert layers of the working class push their way to the forefront of the struggle.

The story culminates in an all-out strike, and armed clashes between the workers and the gendarmerie. It’s no wonder that a theatrical rendition of this novel was banned by French censors in 1885 – perhaps for fear that it would influence the working class!

Share this article!
Categories: Marxist TheoryReviewsTheory and AnalysisWhy you should read