Reflections on the UCU strike in Cardiff

There was an electric atmosphere at Cardiff university over the past two weeks as university staff took to the picket lines for the latest round of UCU strikes. Across the ten days of strike action, staff set up picket lines outside their respective department buildings each morning before joining together in a local park for a mass rally that would last until midday.

The rallies were consistently well attended by dozens of staff members across the full period, and fervent speeches were given by staff, students, and representatives of other union bodies such as the CWU and the TUC.

There was a political character to the rallies, with calls for a Socialist Labour government being echoed. In the afternoons, teach-outs were hosted on a range of topics that included strikes from history, the LGBTQ+ struggle, and the effects of austerity.

Many researchers are paid only for hours spent lecturing, with planning and marking expected to be carried out for free. Since researches are expected to publish papers to advance their careers, the employers often take advantage of this and demand for this too to be done out-of-contract, relegating serious academic research to a “side-hobby”.

The quality of education and research staff can provide is under strain. As summed up by Karel, a UCU member, “We’re fed up with people working so hard with no security in their lives. It’s damaging to them and to academia as a whole”.

Many lecturers spoke on the severely damaging effect this strenuous overtime has been having on the physical and mental health of themselves and their peers. On top of this, an increasing number of staff members are forced to take second or even third jobs just to cover their bills.

Although the student union overwhelmingly supported the strike at their most recent AGM, their presence was not noticeably felt. As a student rep highlighted during a speech, the University expects students to attend lectures that are unaffected by strike action.

This puts a burden on students and forces them to cross the pickets, or they risk falling behind in the course they’ve put financially indebted themselves to enrol on. Students are unwillingly made to play the role of the consumer investing in the commodity of education.

Staff are well aware of the increased marketisation of education, and spoke up in outrage against the accumulation of wealth by the bosses and increased exploitation of the educators. Following the end of strike action, the UCU has planned on taking Action-Short-of-a-Strike (ASOS).

This will deal the University a serious blow since many important duties carried out by staff are shamefully classified as “voluntary work”, which includes marking and lecture preparation. Withholding these duties will highlight to students the sheer level of exploitation their staff are subjugated to, as their courses will undoubtably be face significant disruption.

The official response from the University has been markedly lacklustre, with the Vice Chancellor of Cardiff University, Colin Riordan, disappearing when the strikes began. Listening to his staff must not be covered in his salary of over £250,000. Karel stated that, “The union’s demands are well supported with evidence and arguments. Such a high proportion of people are employed on insecure pay. We need to come up with a plan of action. Right now, it isn’t clear how to get there, but we need to start with a commitment from employers”.

It’s through organised militant action, such as what the staff have demonstrated in this recent strike wave, that will force the hand of the bosses. The attacks on workers are inexorably tied to the crisis that is being faced by the capitalist system, and is a struggle shared by workers in all sectors across Britain.

It is necessary for the UCU to connect their demands with the wider class struggle taking nationally and linking the demands of the workers with the fight for a Labour government on a Socialist program. It is only when education is owned and run by the staff and students themselves can the rights of the workers and the quality of research and learning be guaranteed. 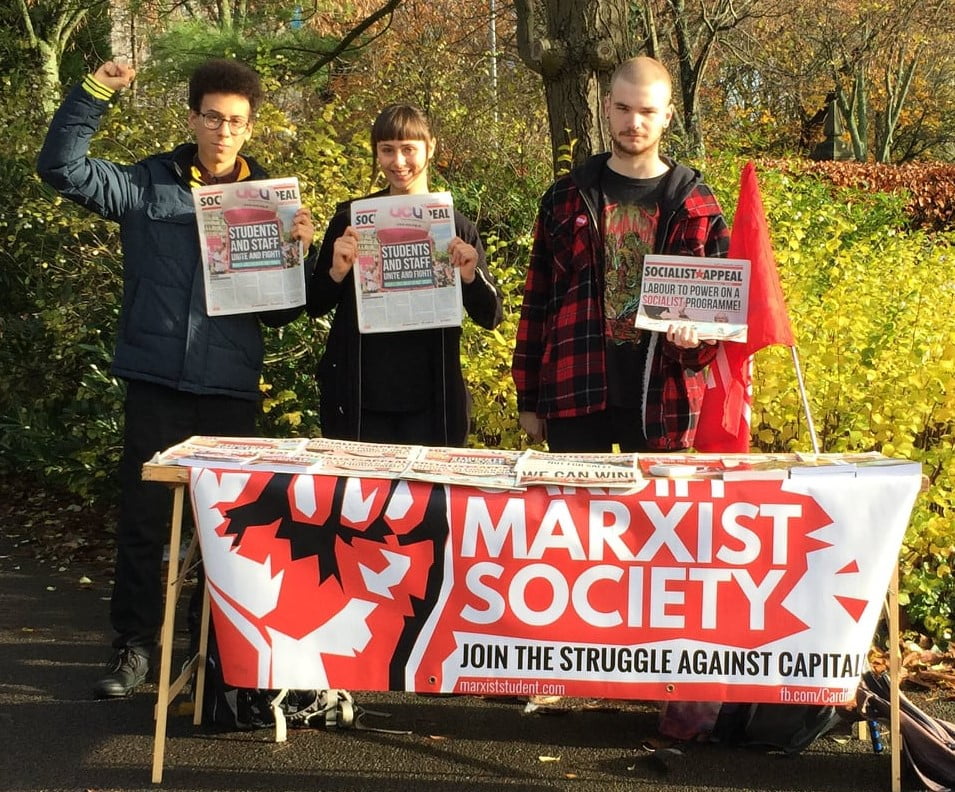