The Prime Minister of Spain, Rajoy, was forced to slide through the back entrance of a chilly Downing Street this morning, due to protests against the Spanish state’s repression of Catalan independence.

As the reactionary Spanish leader entered Number 10, he would have heard shouts for Catalan independence and freedom for political prisoners from the passionate protestors outside.

A majority of the activists behind the gates of Downing Street came from the CDR (Committee for the Defence of the Republic). The unanimous calls for an independent state of Catalonia were clear, although activists within the CDR have different views of how to move forward towards independence.

Through experience, however, all of activists have recognised the intransigence of the Spanish state and the need to bring the will of the Catalan people onto the streets. Many have had their own family members (including non-Catalan speakers) change their minds in favour of independence in response to the actions of the Spanish government and their repression.

Here is a clear example of the masses learning through experience, moving towards revolutionary conclusions. For a Catalan Socialist Republic as a spark to the Iberian revolution! 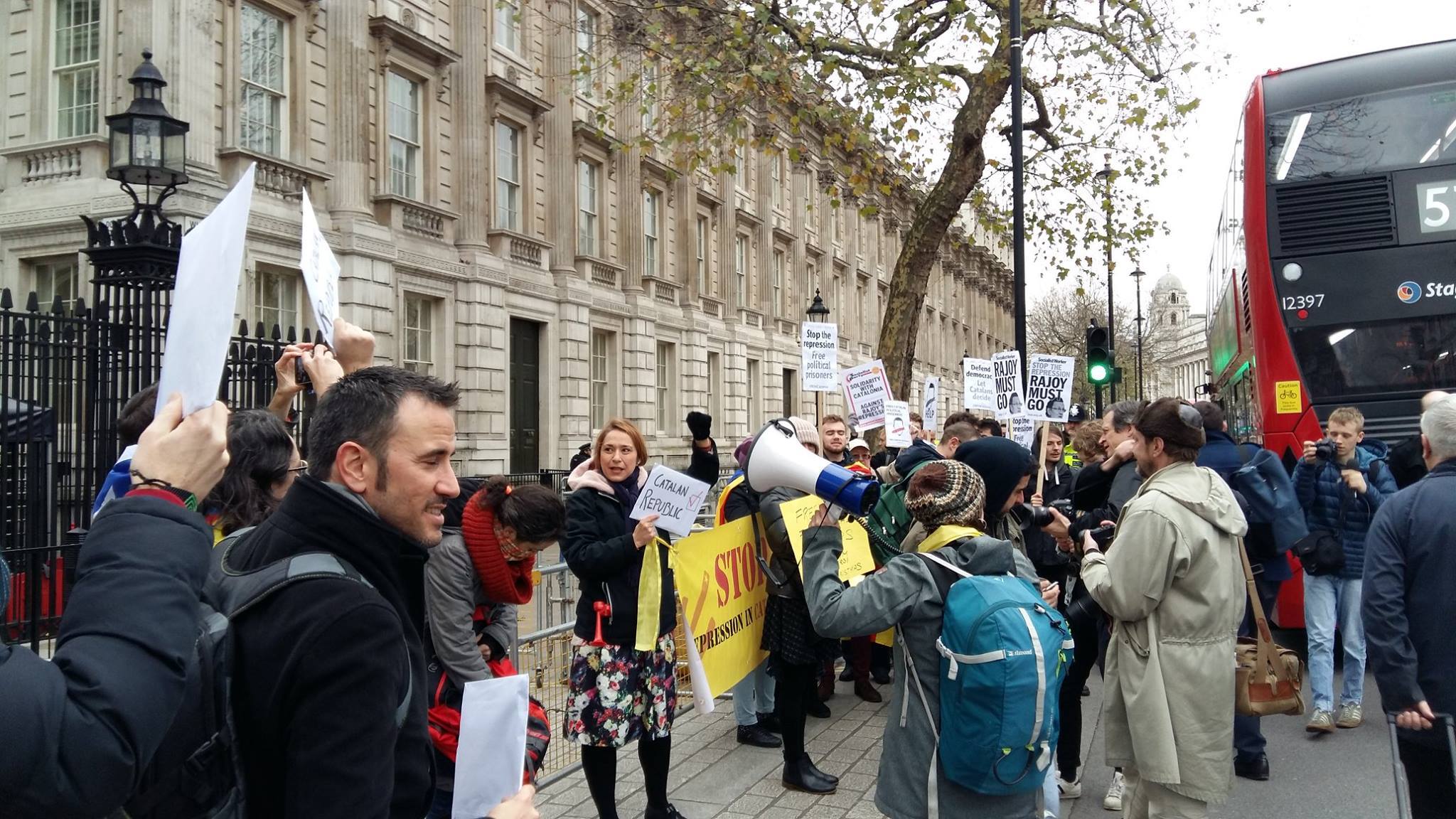