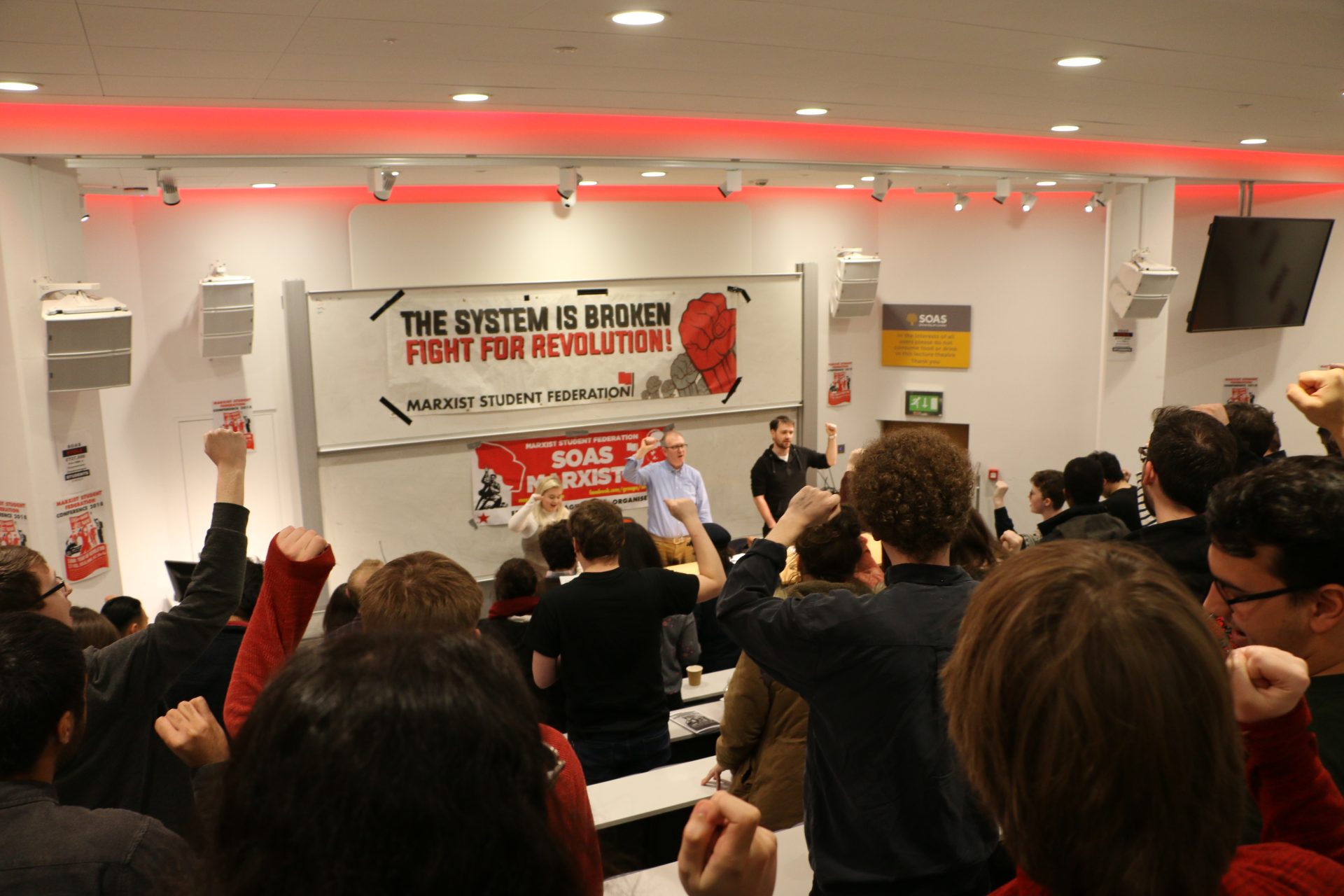 Fifty years after the revolutionary events of 1968, one hundred revolutionary Marxist students gathered at SOAS in London for the annual Marxist Student Federation conference. With comrades from Glasgow to Southampton present the conference, which was the Federation’s fifth, was the most enjoyable yet.

The day kicked off with a discussion of the events of 1968 itself. Ellen Morton from the Glasgow Marxist society took the conference on an exhilarating ride through the revolutionary general strike which brought French capitalism to its knees in May 1968. She explained the role of students in Paris and how they linked up with the organised working class to create the mass movement that caused General De Gaulle to whimper to the US ambassador that “the game is up – in a few days the communists will be in power”.

Ellen also touched on the movements that were taking place around the world that year, from Mexico to Pakistan, and from the USA to Czechoslovakia. In every case students and young people were the backbone of those movements. This was an enormous inspiration for all the revolutionary students present at the conference.

An interesting discussion followed Ellen’s introduction to the topic. Comrades dealt with issues ranging from the relationship between students and the working class; to the anti-capitalist and anti-bureaucratic aims of the 1968 Prague Spring. Above all, comrades considered the importance of learning the lessons of the 1968 movements, both the successes and failures, so that we can apply them to our revolutionary work today. 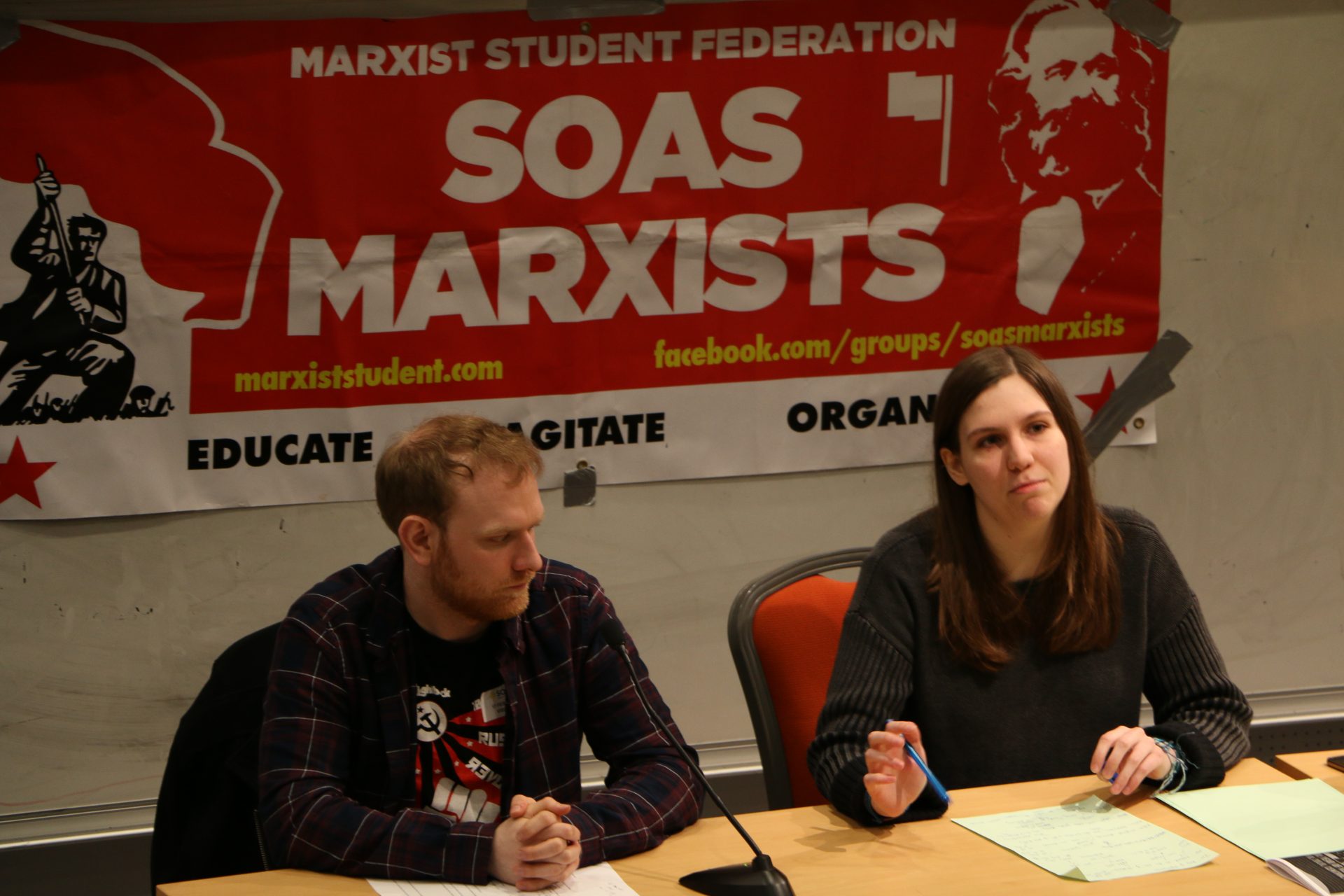 Five years of the Marxist Student Federation: report and plans of the Federation

After lunch Ben Gliniecki, national organiser of the Marxist Student Federation, gave a report of the work of the Federation over the last five years. In that time the organisation has grown from 17 societies to having a presence on 32 campuses at this year’s freshers’ fairs, with societies meeting regularly on 25 of them since then. Ben reported on the successes of the Federation over the last five years in relation to NUS campaigning and linking up with workers in struggle on campus and beyond. He also highlighted the Federation’s international solidarity work, from the Ayotzinapa campaign in solidarity with the missing Mexican students, to the campaign for Solidarity with the Antifascist Resistance in Ukraine. Recent media reports prove that all our success is paying off – we’re starting to be noticed! There’s no doubt that the next five years of the Federation will be even more successful than the last five.

Sarah Taylor of the Manchester Marxist society then moved a resolution celebrating 200 years since Marx’s birth and encouraging Marxist societies to use this anniversary to study Marx’s writings in detail. A rigorous study of Marxist theory has always been the cornerstone of the Marxist Student Federation’s approach to developing the revolutionary movement. This conference reaffirmed the Federation’s commitment to this approach.

Fiona Lali from the SOAS Marxist Society and lead delegate from SOAS to the NUS conference then explained the Marxist students’ strategy for the upcoming NUS conference. Fiona outlined the political importance of winning the NUS over to a socialist programme and described some of the plans that we have for leaflets, motions, amendments, and fringe meetings at the NUS conference this year.

Joe Attard from the Kings College London Marxist Society spoke about the need for Marxist societies to link up with workers on campus. Joe is also a UCU activist and gave some detailed advice and tips for strengthening the upcoming UCU strikes, which will be an important focal point for Marxist societies around the country.

Matt Rider from the Swansea Marxist society and also an NUS delegate spoke about the newly launched campaign aiming to bring back Clause 4 into the Labour Party constitution. Clause 4 committed the Labour Party to “the common ownership of the means of production, distribution and exchange” – in other words a commitment to socialism. Matt explained the significance of Tony Blair’s removal of this clause in 1995 and the political importance of campaigning to restore it. Where possible, Matt said, Marxist societies should link up with Labour Clubs on campus to debate and discuss this question. Where possible we should argue for it to be formally adopted as Labour Club policy.

Finally, Marc Torras from Revolucio in Barcelona, who made the trip to London especially for the conference, presented a resolution on support for Catalonia. He explained the developing political situation in Catalonia and the significance of the struggle for Catalan independence as a potential spark for a revolution across the whole Iberian Peninsula, as long as the struggle is carried on with the aim of establishing a Catalan socialist republic. The conference affirmed its solidarity with the Catalan struggle, and highlighted the need to give social content to the struggle for independence. The resolution was well received and passed unanimously.

A number of comrades spoke in the discussion and explained the plans for their societies, with a particular focus on the upcoming UCU strikes. The comrades from Liverpool also gave an inspiring report about the work they’ve been doing on the picket lines alongside the striking Suttons tanker drivers in the last few weeks. 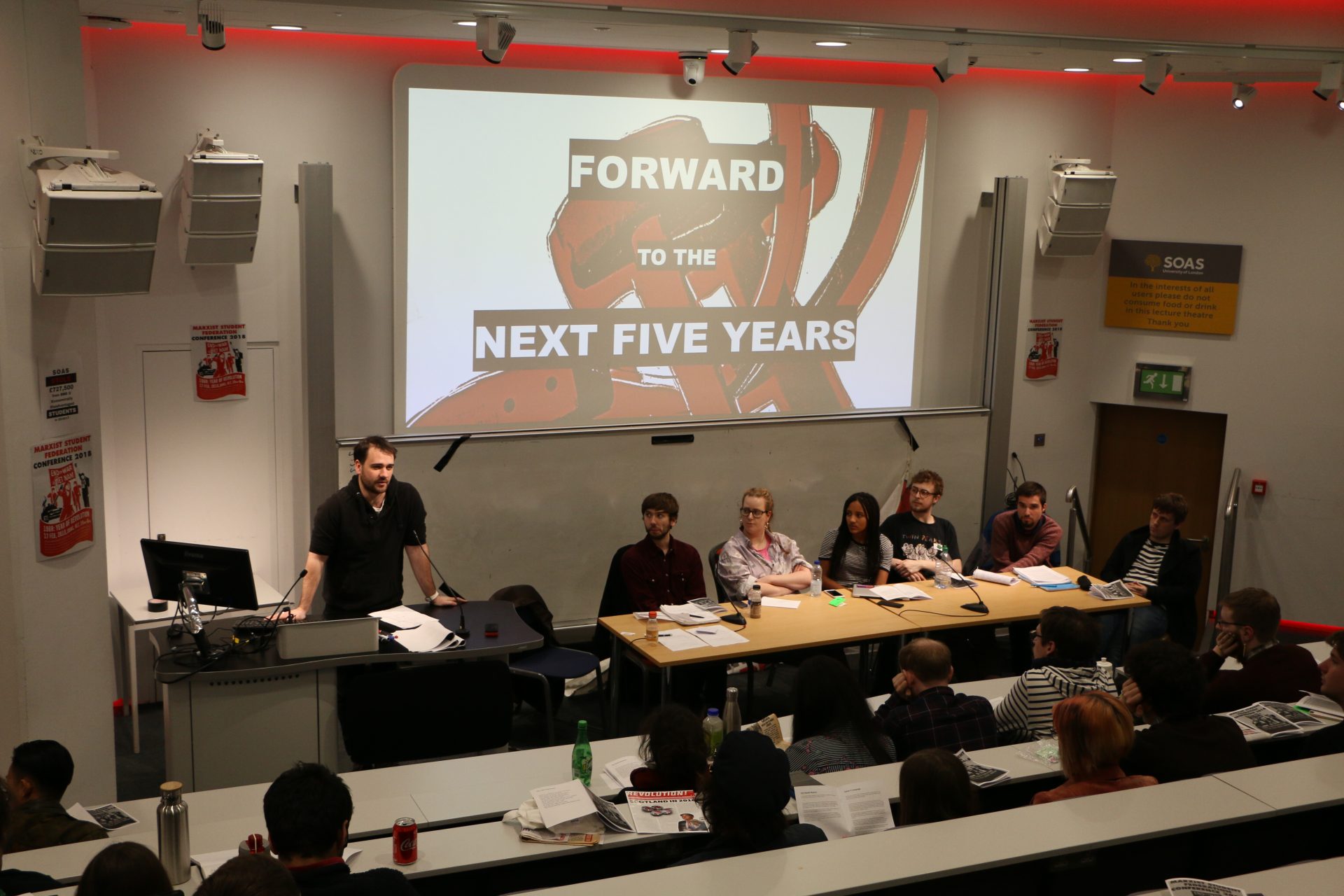 100 years since the German revolution: Rosa Luxemburg’s Reform or Revolution?

The final session of the day was introduced by Rob Sewell, editor of Socialist Appeal and the author of Germany: from revolution to counter-revolution. Rob gave the historical context of the revolutionary events of 1918 and a vivid account of the mutinies, mass demonstrations, and workers’ councils that made up the revolution itself. He explained the gigantic role of Luxemburg and Liebknecht in the workers’ movement at that time. And he dealt uncompromisingly with those who betrayed the revolutionary movement and murdered that great revolutionary, Rosa Luxemburg.

The discussion that followed Rob’s introduction was superb. Comrades raised and debated the question of how we can prevent a betrayal of the workers’ movement, of the kind that took place in Germany 100 years ago. The individual role of Rosa Luxemburg and her approach and methods was dealt with as well. 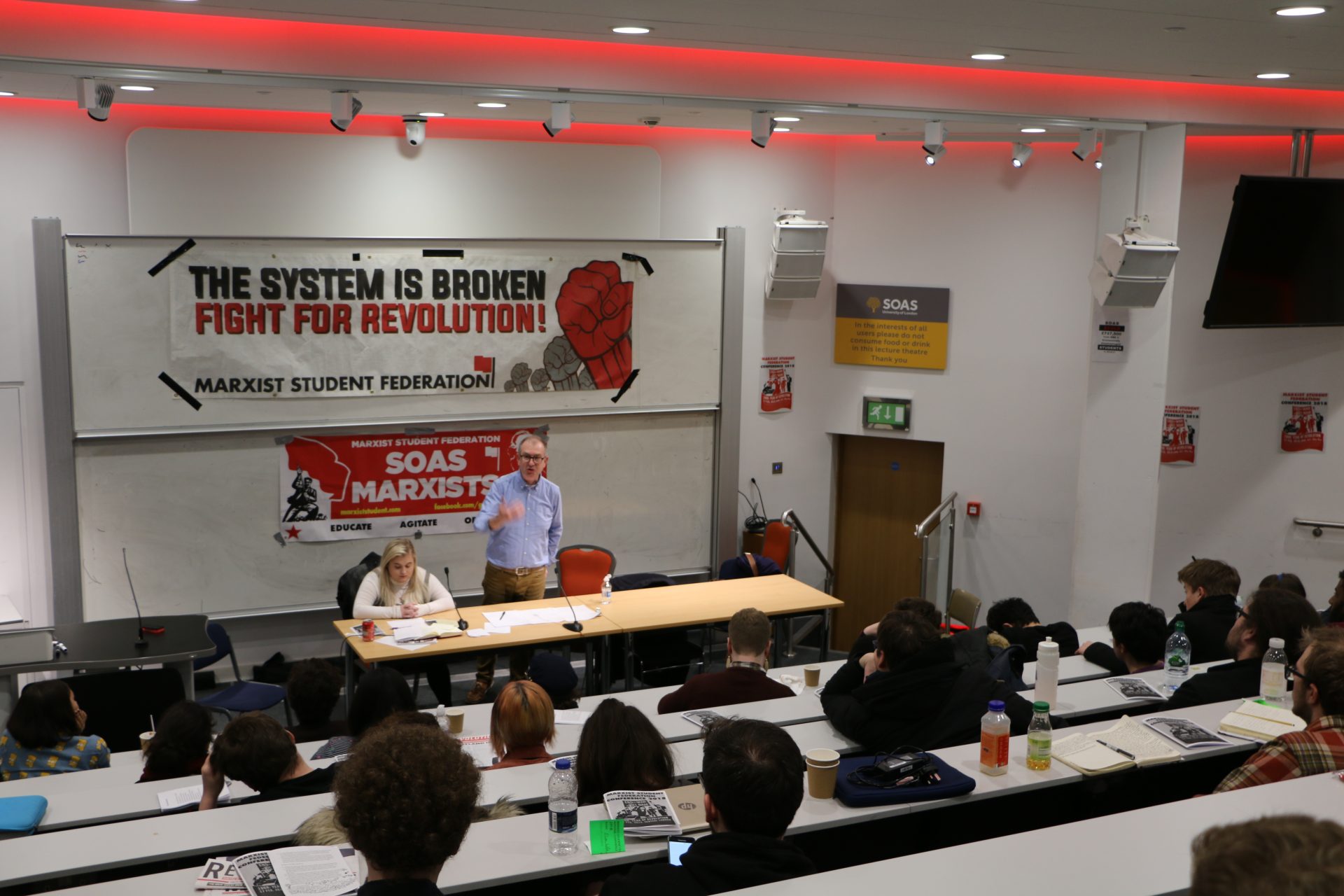 Ben Gliniecki closed the conference by noting that the Marxists are the only people who are optimistic about the future. We can see the revolutionary potential in society and we are determined to build an organisation that can harness that potential to change the world. The conference ended with a rousing rendition of the Internationale and left all those who attended inspired and motivated to build the Marxist Student Federation over the next 12 months into an even more powerful revolutionary fighting force on campus and beyond. 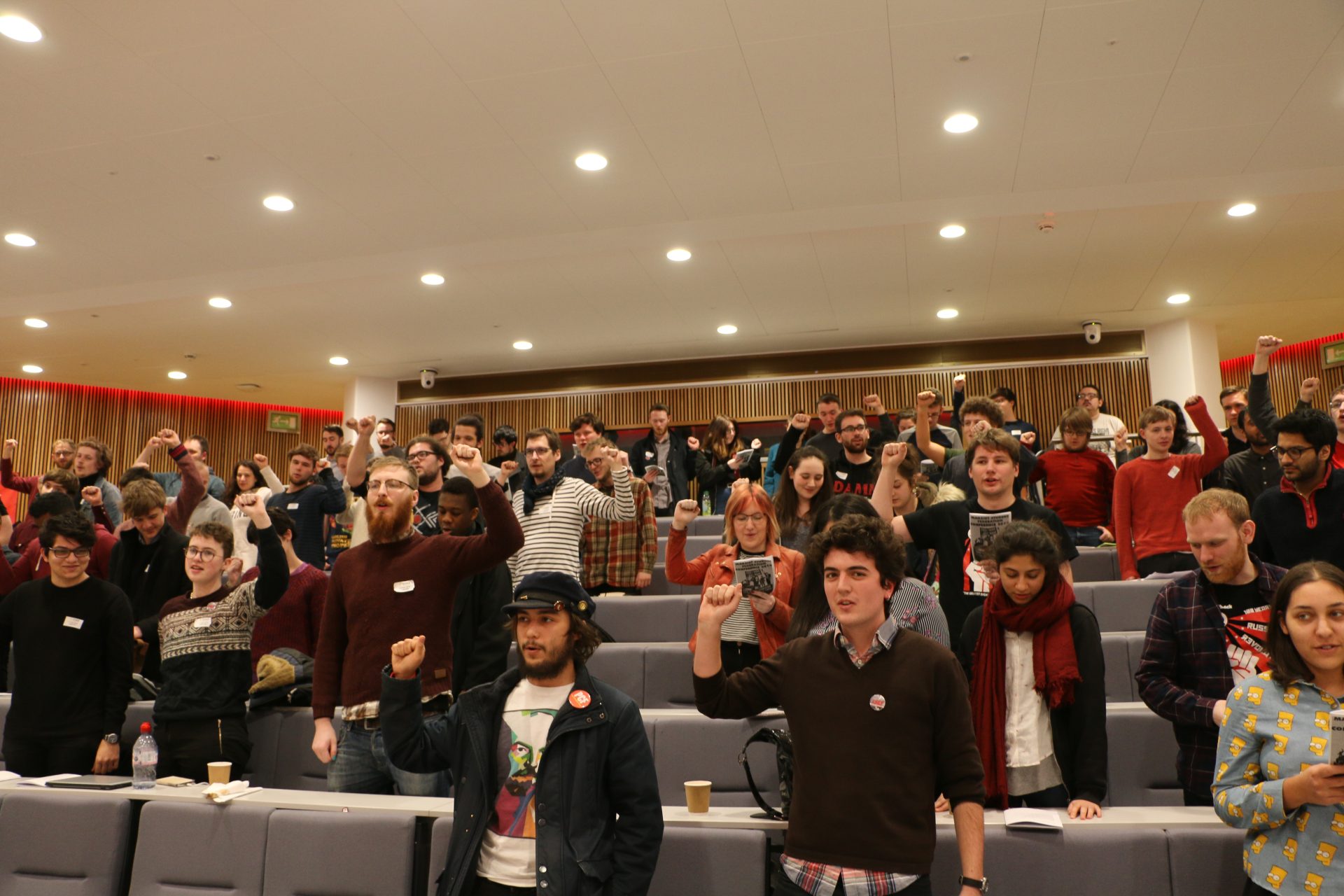