Marxists stronger than ever, prepare for 2020!

The last 4 months have been filled with activity for the Marxist Student Federation. 2019 has seen powerful movements explode around the world and Britain has been no exception to this rule. We strive to organise revolutionary students and educate them in the ideas and practice of Marxism.

The year kicked off with our most successful freshers period yet. We were present at 36 universities, and signed up close to 3200 people to our Marxist societies. This translated into over 700 people attending our first meetings of the term, with most putting on ‘What is Marxism?’ as an introductory meeting. Leeds and Glasgow saw 50 at their first meeting alone. 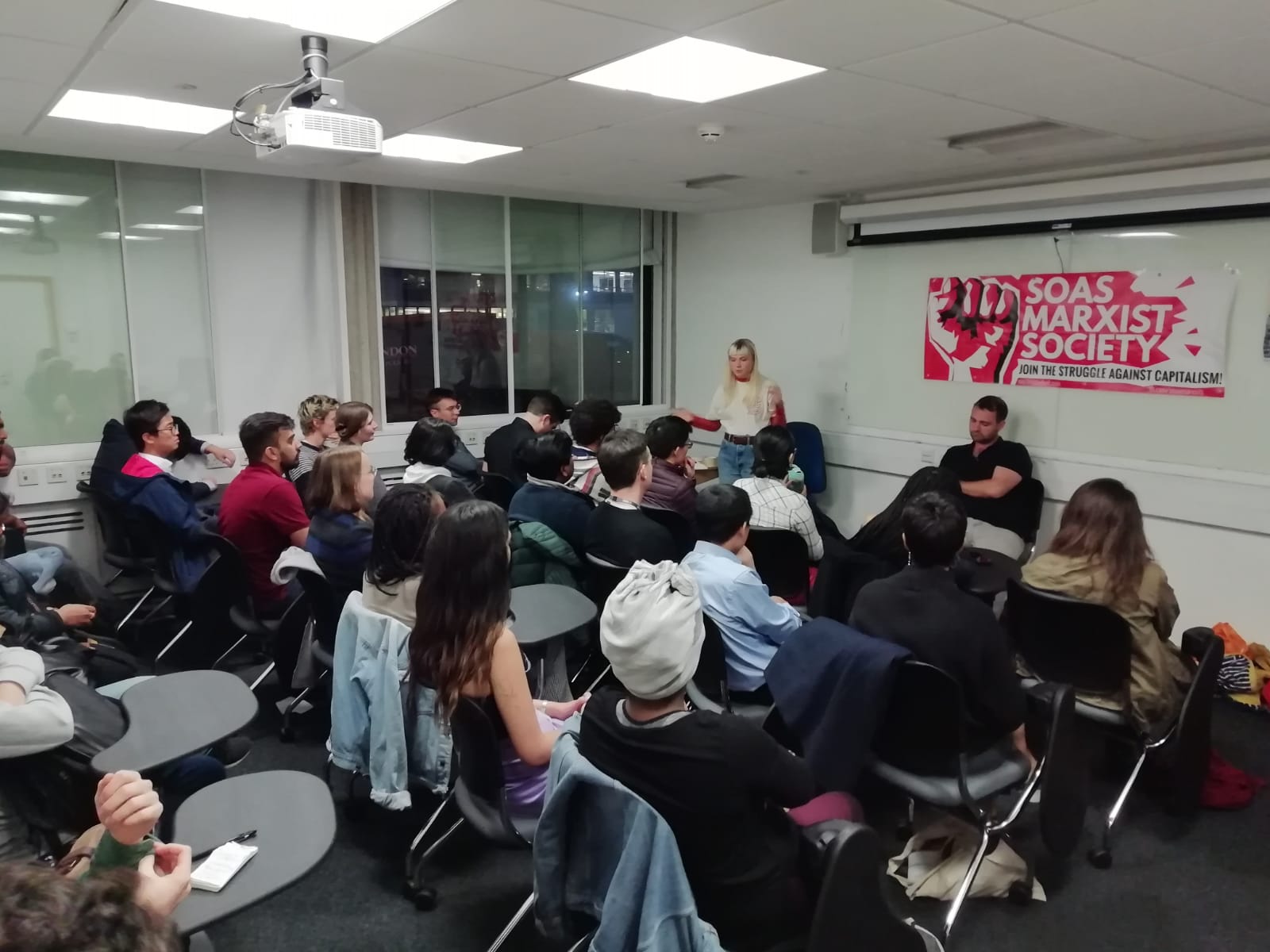 The last year has been one of turbulence and chaos in British politics. Theresa May’s resignation, Johnson’s prorogation of parliament and the shocking Tory victory has definitely had an impact on young people.

What we’ve seen in Britain and internationally is an overwhelming rejection of the status quo. The huge climate strikes that took place in September are evidence of this. Marxist students were present in at least 15 cities at these protests across the UK.

We believe that capitalism is the cause of climate change. In order to overcome that we need class politics. The climate strikes organised by Fridays for Future have transformed the debate around climate change and engaged a new generation of youth in politics.

However, for the strikes to enact change, they must be built for in coordination with the labour movement. Our comrades internationally are putting forward this position and we do so here as well.

On top of this, we had the UCU strikes. In 2018 we saw lecturers go on strike over the period of a month to fight against the attacks on pensions. The strike ended with a compromise from the UCU leadership. In the time since then, UCU has seen a change in leadership with the election of Jo Grady – a left-winger.

In Leeds, the Marxist led the student solidarity action, providing coordination for the left on campus.

UCU staff took 8 days of strike action, and Marxist students across the country made sure to stand in solidarity with striking staff on the picket lines. Buoyed by the announcement of the general election, the mood amongst the staff and students was enthusiastic.

The mandate for strike action went beyond Christmas, and if they continue in the new year, the MSF will once again be in support of our university staff. 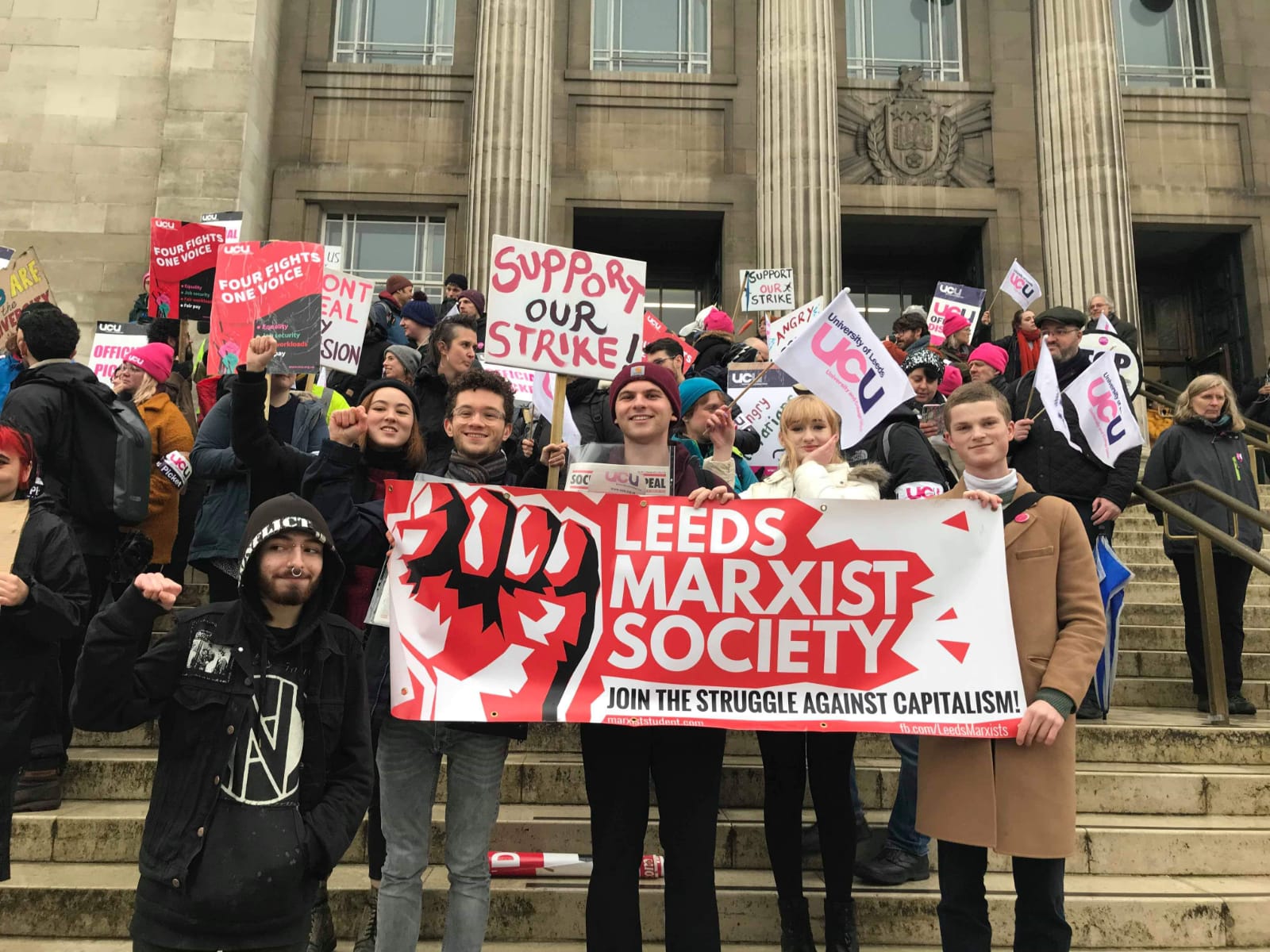 One of the largest events was the general election. We launched the Students4Corbyn campaign, working with Labour societies where we could to mobilise student support for Corbyn. In Sheffield for example, in conjunction with the Labour society, our comrades planned mass canvasing sessions every single week leading up to the election. This helped keep Sheffield Hallam seat red.

At every campus, we made sure students were registering to vote, and putting forward our argument for a socialist labour government. We supported Corbyn and the manifesto, but urged that in order to see through the policies and reforms promised, a labour government would have to go much further and expropriate big business. 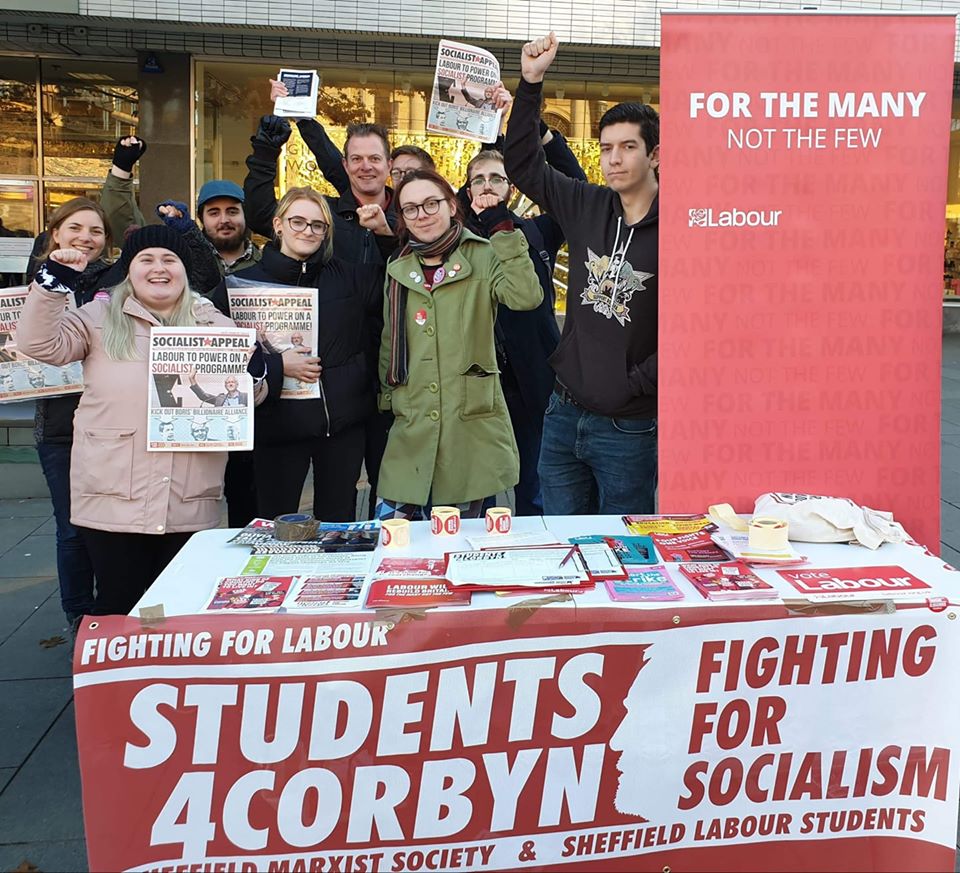 Looking at the 2017 election, we saw the youth were firmly behind Corbyn. In 2019, we saw the same. Statistics show the majority of young people backed Labour. Evidently, this was simply not enough to overcome the Brexit divide that has defined politics for so many in the last few years.

However, we are confident that our fight against the Tories will go from strength to strength. Johnson’s demagogic appeal to certain layers of the working class will not be easily maintained.

Young people who were radicalised by the Corbyn movement will not simply disappear. They will form the basis of a new surge in the class struggle, one that is capable of transforming the country.

Despite the scandalous intervention of the courts to prevent the CWU striking before Christmas, our comrades were and remain ready to stand with workers who take their struggle to the industrial plane in the new year.

It the job of students to link up with the working class. That is role of the MSF and we will take the lessons of 2019 into next year. Now is the most important time to be organised, to take the fight to the Tories and the capitalist system they uphold. Join us!