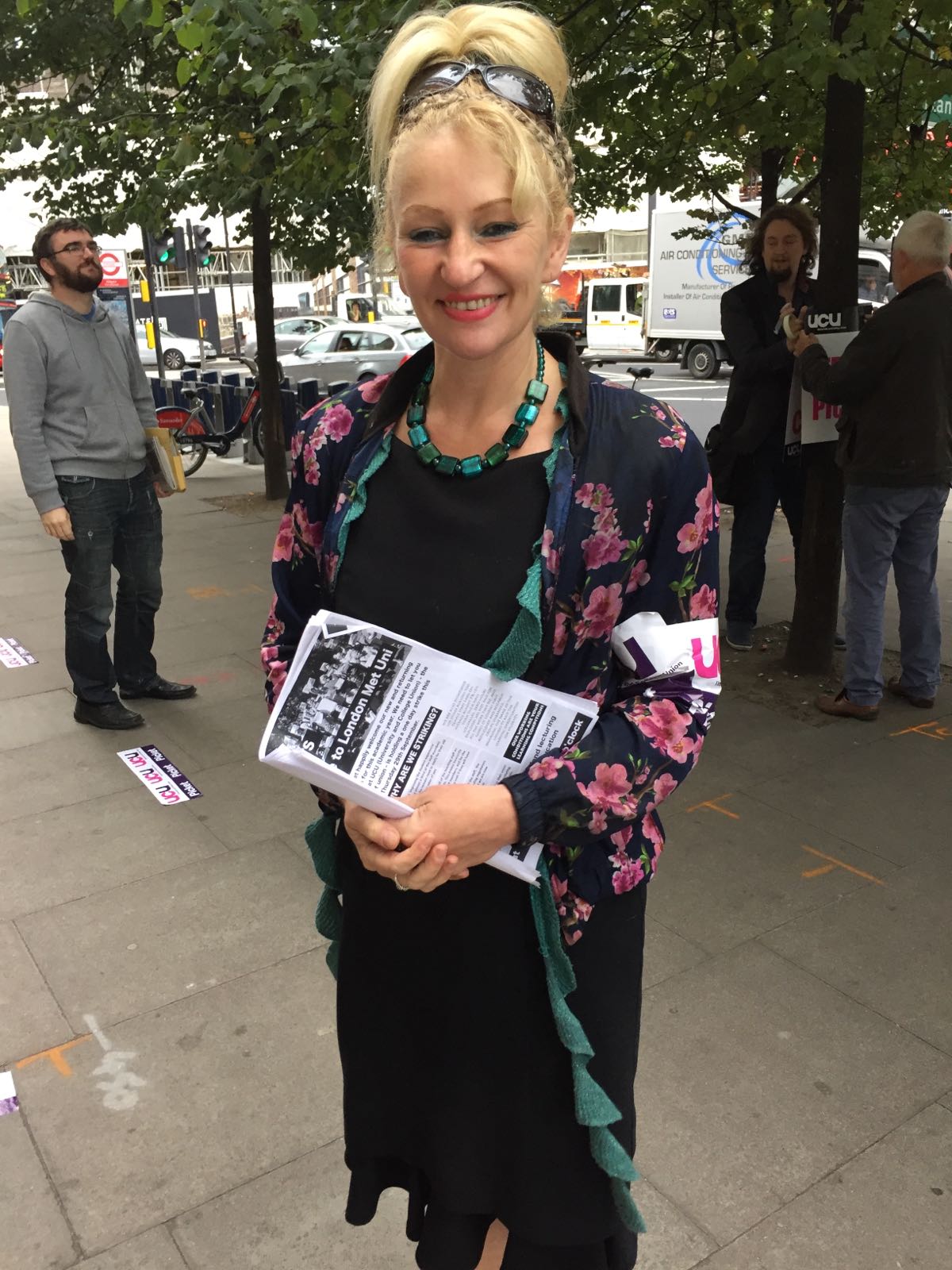 Staff at London Metropolitan university have been on strike over the appalling attacks on education being carried out by university management. I interviewed the local branch secretary of the University and College Union (UCU) on the picket line.

So, what do you do at the university?

I teach music technology, primarily on a musical instrument making course which has run for about 150 years down on Commercial Road. The course is now being closed as part of the restructuring. The restructuring is one of the things we’re striking about. Several courses across the university are being closed. We’ve got a program of 295 redundancies, our union reps have been sacked to stop the union having a voice, and that’s instilled a message of fear in the staff. There are various other things that we’re striking about which have kind of been resolved but the other one big thing is they’re threatening to increase casualisation across the university. I’m on an hourly paid contract so I’m a casualised worker. I’ve been here for 12 years teaching four courses.

Have you always been a casualised worker?

Yep, I should have been made permanent after 4 years, they refused to do it and they refused to take seriously that I teach all the courses. I’m now the branch secretary of London Metropolitan UCU because our two other branch reps have been sacked so I took over as branch secretary. For someone on an hourly paid contract to be doing that is absolutely ridiculous. It is truly farcical the way that they’ve done this. They’re closing the courses that I teach on, I teach on another course as well. I think [closing] the musical instrument making is quite indicative of the whole thing. They’re trying to teach courses which are basically cheap, online, that gives students – the students that are coming here come from very working class backgrounds, they come from a very diverse population. They deserve the same education as someone who goes to Oxford. I believe that and that’s what I believe Jeremy Corbyn believes. I think it’s fundamentally wrong that trying to teach courses cheaply – any course that seems expensive, ie which uses workshop materials, doesn’t have big lecture halls, they just get rid of them. It’s truly shocking what they’re doing. It’s an educational vision that’s wrong.

This strike is only one part of our action. What we’re actually aiming for is greylisting of the university, which in a sense is an academic boycott, so a message is sent out to UCUs of other universities telling them not to connect to London Met. We’ve done it before, and it’s the only way we can see that we can try and convince the management to come to the table and consult with us. Because all these things, redundancies, closure of courses, performance management, not telling casualised staff whether they’ve got jobs, it’s all being done without consultation. The trade unions should be being consulted, and we’re not. They just impose these things upon us. And the last thing they’ve done is to sack our reps, and they need to reinstate them. That’s what we’re striking about. But we are aiming towards the greylisting, which hopefully will come into effect in October. But we need to show our union, UCU, that we have enough support from our staff members, who are actually terrified and scared because of the way the union reps are being victimised and the way they’re losing their jobs.

Can you tell me a bit more about greylisting?

It’s basically a situation where other universities do not come with external examiners, they don’t take part in conferences, they don’t have any communication with the university. The real problem is reputation. Universities and HE survive on reputation, it’s becoming more and more important. If this greylisting thing goes through, then London Met effectively becomes a black sheep to the whole of the HE sector and they don’t join in with anything in that so it operates on it’s own. It’s a suicidal thing for management to let happen.They need to consult with us and we’re hoping that they’ll come to the table.