Published by Marxist Student on October 11, 2021

Friedrich Engels was born on 28 November 1820, and is one of the founding fathers of “scientific socialism” – the theoretical ideas collectively and commonly known today as Marxism.

Both in life and in death, however, Engels was always in the shadow of Marx’s undeniable genius. Indeed, Engels himself was extremely modest and humble, consistently emphasising Marx’s vital role over his own.

In the history books, Engels is often recorded as simply being Marx’s philanthropic benefactor. It is true that Engels’ financial contributions (obtained from his bourgeois family’s textile industry wealth) were essential in allowing Marx to dedicate his time to writing. But, as a result, Engels’ own important political contributions to the ideas of Marxism are often overlooked.

In truth, Engels was himself a giant of socialist theory. For example, with his scientific writings – such as his unfinished collection of notes on the Dialectics of Nature – he was way ahead of his time.

Elsewhere, in The Origins of the Family, Private Property and the State, Engels applied the Marxist method of historical materialism to the latest anthropological evidence of early human societies. By doing so, he was able to strip away the veil of mystery surrounding modern class society and explain – amongst other things – how the oppression of women had come into being.

Marx and Engels began their lifelong collaboration in 1844, when they met in Paris. Marx was alerted to Engels’ talents with his 1845 writings on The Conditions of the Working Class in England. This series of articles was based upon Engels’ observations of working life in the buzzing industrial metropolis of Manchester. The evidence that Engels gathered contributed to Marx’s own ideas about the revolutionary role of the working class.

Above all, their connection was founded on a shared understanding of the need for a scientific approach to the questions of history, society, and economics.

Marx and Engels had in fact arrived at this conclusion independently. Both had become disillusioned with the dead end of contemporary philosophy offered by radical groups such as the Young Hegelians and utopian socialist thinkers.

It was this feeling of dissatisfaction that led to their collaborative critiques: The Holy Family and The German Ideology. These, in turn, formed the basis of future joint efforts – most famously, The Communist Manifesto, written in 1848 for the Communist League.

Published in February 1848, it has served as the founding document for the communist movement for over 150 years. It was written by both Engels and Marx, but based on an earlier article written by Engels called The Principles of Communism.

In this original document, Engels outlines the fundamental Marxist analysis of class society and the tasks of communists who wish to overthrow it. Starting with the simple question ‘What is communism?’, he answers: ‘communism is the doctrine of the liberation of the conditions of the proletariat’. Then, he goes on to provide theoretical explanations for what the proletariat is, and the conditions by which it shall be liberated.

Engels’ most significant work was his reply to the academic philosopher, Eugen Dühring, who had arrogantly written his own ‘grand theory’ as a rebuttal of Marxism. Unfortunately Dühring’s ideas found an echo amongst some German social democrats. Marx himself was too busy working on Das Kapital to reply to Dühring’s distortions. It was left to Engels, therefore, to set the record straight. This he brilliantly did, using his polemic as an opportunity to clarify and superbly explain the fundamental principles of scientific socialism.

After the death of his close friend in 1883, Engels continued Marx’s political work – both theoretically and organisationally. Importantly, he edited and arranged the vast array of notes on economics that Marx had left behind, which formed volumes two and three of Das Kapital.

Engels’ theoretical contributions to the development of Marxism were enormous. However, Engels was no armchair socialist. As a revolutionary through and through, he committed his life to putting the ideas into practice. Engels risked his life to fight in the 1848-49 revolution in Germany, whilst a leading member of the Communist League. He would go on to play a vital role in the building of both the First and Second Internationals. 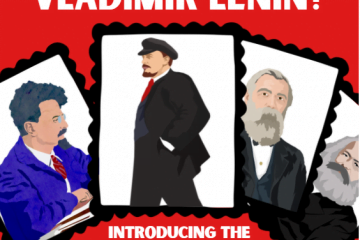 View this post on Instagram   A post shared by Marxist Student (@marxiststudent) On April 22nd 1870, Vladimir Ilyich Ulyanov was born. Born in Ulyanovks (then called Simbirsk, he would go on to become Lenin, Read more… 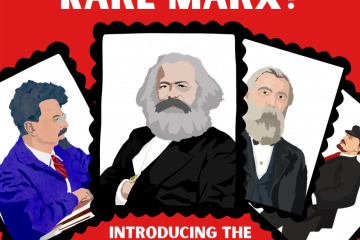 View this post on Instagram   A post shared by Marxist Student (@marxiststudent) Karl Marx was born on May 5, 1818 (New Style), in the city of Trier (Rhenish Prussia). He went on to make Read more…