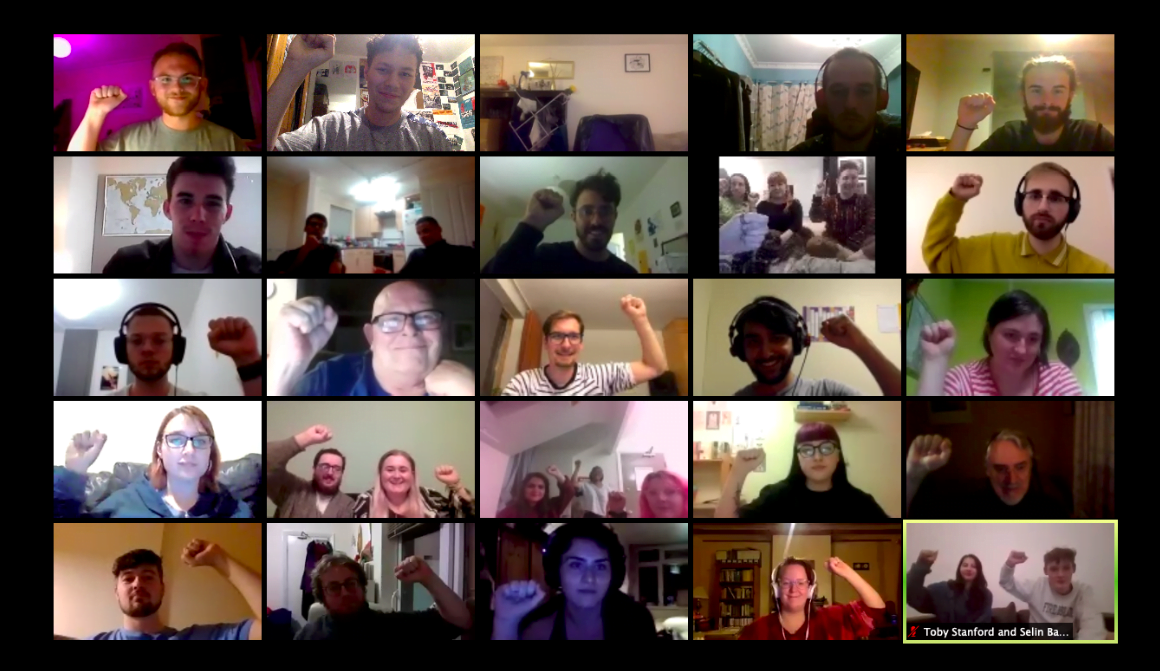 Last night (October 7th) over 200 people joined the Marxist Student Federation, over Zoom, to discuss Marxism and Black Liberation. Radical students from across the country, as well as around the world (Sweden, China and India, to name a few) met with the Marxist Student Federation to talk about a topic which has been forced into public consciousness in recent months.

The struggle to end racism and fight for the liberation of black people is something Marxists and socialists have always fought for, and the MSF is carrying on that tradition. Fiona Lali, who introduced the meeting, spoke of the origins of black oppression, the economic roots of racism and how to fight back. She spoke of incredible civil right leaders who fought tirelessly. She spoke of the way the bourgeoisie attempt to remove anything radical or world changing that they fought for, and water these leaders down to something which doesn’t threaten capitalism, and therefore racism, in any real way.

The meeting then split into break out rooms and discussed important questions, from the history of apartheid to the current Black Lives Matter movement and where to go next to push the fight forward. Marxist students discussed the need for a unified fight, in line with Marx’s quote, “Labor in the white skin can never free itself as long as labor in the black skin is branded.”

The meeting ended with an enthusiastic sum up from Fiona Lali, with many new faces asking to get involved with the Marxist Student Federation and what we are fighting for.

Join the MSF and fight with us!