Throughout the month of September, Socialist Fightback clubs at UVic, UofT, Ryerson, York U and Seneca, Trent Durham, McMaster, Waterloo, UdeM, Concordia, and McGill, engaged with hundreds of students interested in Marxist ideas during the frosh campus club days and street festivals. In total, over 1000 students expressed interest in learning more about socialism and how to achieve it by signing up for our clubs on campuses across the country. Hundreds of students also purchased copies of Fightback magazine and our booklets of Marxist fundamentals such as the Communist Manifesto, demonstrating a serious desire for the theoretical tools required to fight the capitalist system.

The thirst for revolutionary ideas among the youth is even more evident when considering the record attendance our student clubs have had at their first public events of the academic year. The Socialist Fightback clubs at Ryerson, York U and UofT in Toronto hosted public events on “Why We Need a Revolution”, “What Will Socialism Look Like?” and “Capitalism in Crisis: Reform or Revolution”, with an average turnout of 40-50 students. In Montreal, the Socialist Fightback clubs at McGill, Concordia, UdeM and UQAM had similar events with impressive turnouts. A pub night hosted by the clubs at McGill and Concordia brought out 60 people followed by a public event hosted by the Concordia club that had 80 people in attendance, with the latter receiving positive coverage from three student newspapers!

On top of these successes and in response to our general call out for the creation of Socialist Fightback clubs on campuses across the country, we now have have people taking the first steps towards forming new clubs. We have people at the University of Alberta, CEGEP Terrebonne (Montreal), CEGEP Ste-Foy (Quebec City) and The University of Mount Allison in Sackville, New Brunswick. Socialism in spreading! Create a club on your campus! 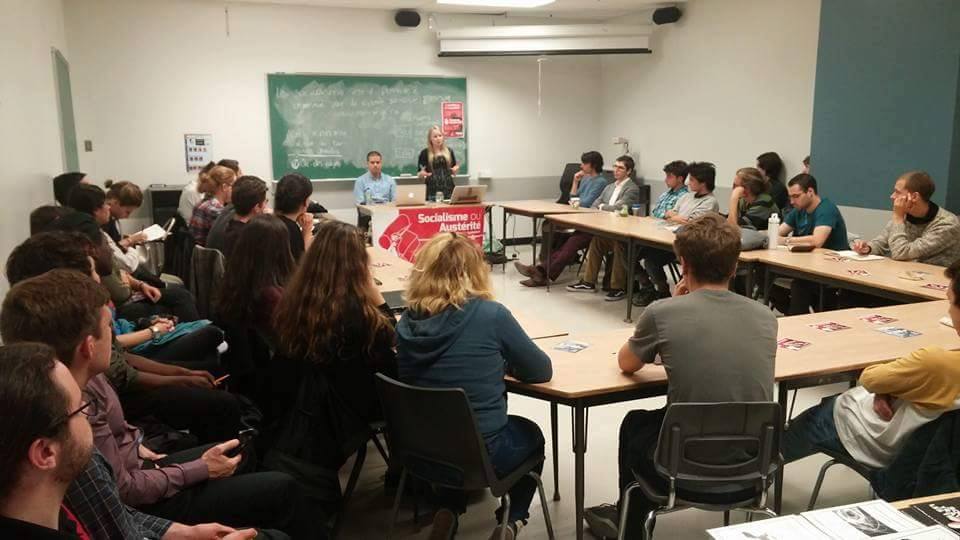 The sentiment among this layer of radicalized youth is disgust at the poverty, discrimination and violence that capitalism perpetuates and a desire for radical change. As movements come and go and different parties and politicians are put to the test, only to offer the same as the last, it becomes clearer that these ills cannot be simply reformed out of the system; that what is needed is the revolutionary transformation of society. It is clear to the activists of Fightback that the tide is turning as increasing numbers of workers and youth are reaching the same conclusions. As the leadership of the trade and student unions have not put forward a program that offers a real alternative to the status quo, Fightback is filling a vacuum and attracting the most radical and conscious layers of the workers and youth.

The Socialist Fightback student clubs seek to educate students in the ideas of Marxism, because in order to change society we have to understand it. We must also study and learn all the valuable lessons of past revolutionary movements. However, we are not just a discussion group. These lessons are useless unless we apply them in real struggles! The Socialist Fightback student clubs build student-worker unity by organizing solidarity efforts for striking workers. When there is a social movement around any demand that would improve the living conditions of the workers and youth, our activists are passionately involved.

In the past we have participated in the fight for free education, in the BLM movement and the fight against racism and police brutality, for indigenous rights, and in pride events and the struggle for sexual and gender equality. We explain that the only way to win a reform from the ruling class is through mass mobilization and militancy. Even then, all reforms are temporary under capitalism, which when in crisis will claw back all gains that were fought for and won in the past. In order to achieve the end goals of these movements on a permanent basis, we have to unite all layers of the working class, including the most marginalized and oppressed, in the struggle against capitalism itself.

There is a growing radicalization among the youth who see no future for themselves under capitalism and are looking for a revolutionary alternative. The resounding success we have had building Socialist Fightback student clubs on college and university campuses across Canada is a testament to that, and we are only one month into the academic year! 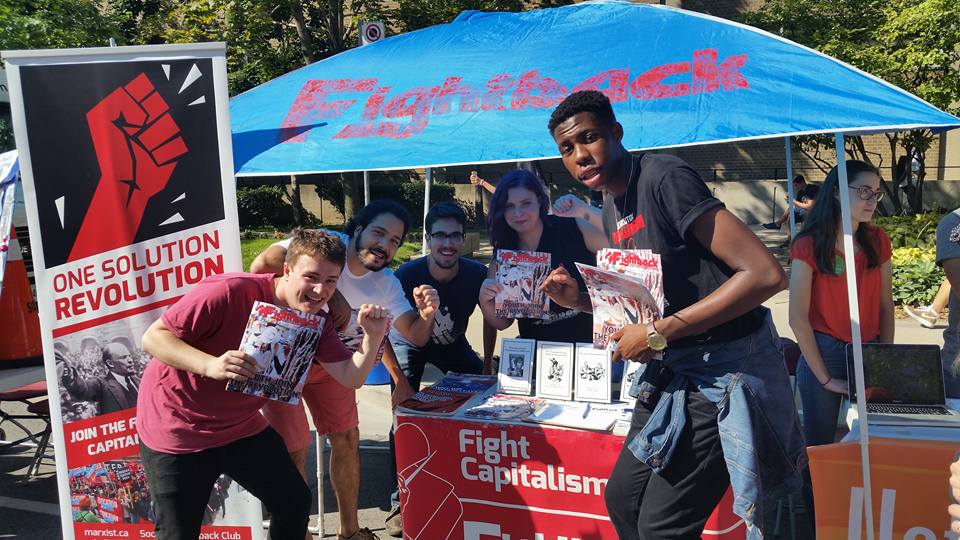 All over the world workers and youth are rising up. What has been lacking to date is a revolutionary leadership that can provide a clear path forward to transforming society. Fightback aims precisely to build that leadership. If you are a student looking to get active in the international struggle for socialism, connect with one of our campus clubs mentioned above. If there isn’t a Socialist Fightback club on your campus, we will guide you on how to build one! Not a student or youth? That’s okay too, because we are a national organization made up of workers and students and there is a role for everyone to play. We are already the biggest and most organized Marxist force in the country, but in order to play the role that history demands of us, we need to continue to build. If you want to help us do that, or even if you just want to learn more about socialism and what we’re about, connect with us at fightback@marxist.ca or 416- 461-0304.