Building the forces of Marxism on campus – freshers 2017 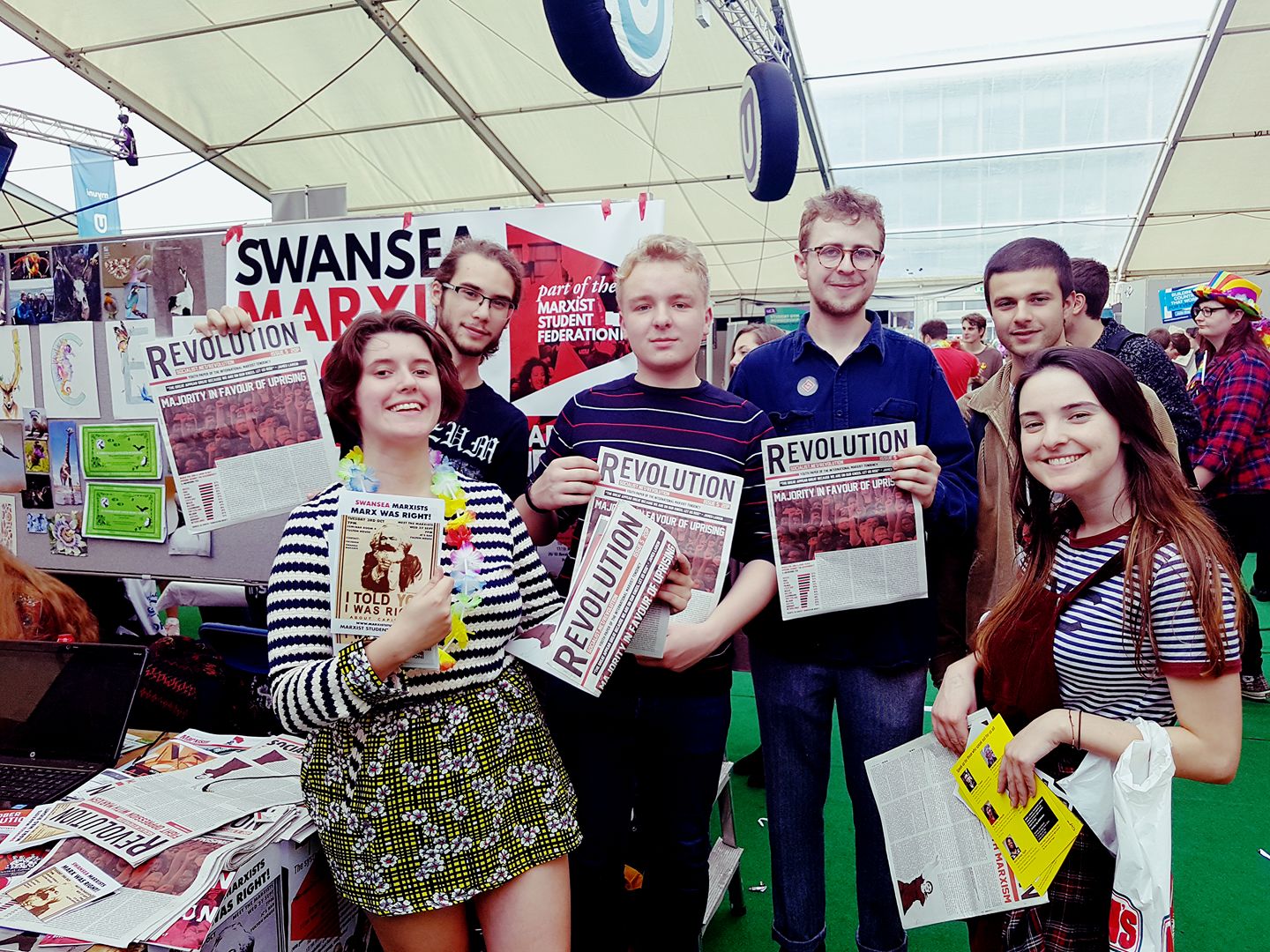 Since mid-September Marxist students all over Britain have been signing people up to join Marxist societies at their universities.

Such ambitions have their basis in Marxist theory, of which the societies make a serious study through discussions and reading groups on texts by Marx, Engels, Lenin and Trotsky. For the Marxist Student Federation, theory is a guide to action. We take to heart what Lenin said – that theory without action is sterile, and action without theory is blind.

In October Marxist students will be at freshers’ fairs in Oxford, Cambridge, Warwick, Durham, Imperial, London Metropolitan, and Essex. Altogether this makes 31 campuses with a Marxist presence, with thousands of students nationally keen to get stuck into studying the ideas and how to apply them to the class struggle in the modern world.

Meetings in universities like Queen Mary and Kent have kicked off with the topic of What is Marxism and why is it relevant today? Meanwhile in Southampton and Liverpool the term started with discussion on From Brexit to Corbyn: is revolution possible in Britain?

Later this term Marxist society meetings will be discussing theoretical topics such as Marx’s Capital 150 years since its first publication, and an introduction to Marxist philosophy. Historical issues such as the 50th anniversary of the death of Che Guevara, and the Paris Commune of 1871 will also be discussed this term. And current events from Venezuela to North Korea will be covered by many societies. A particular highlight will be the celebration of Black History Month in October, with meetings ranging from The Black Struggle to The Caribbean Revolutions and the end of the slave trade. 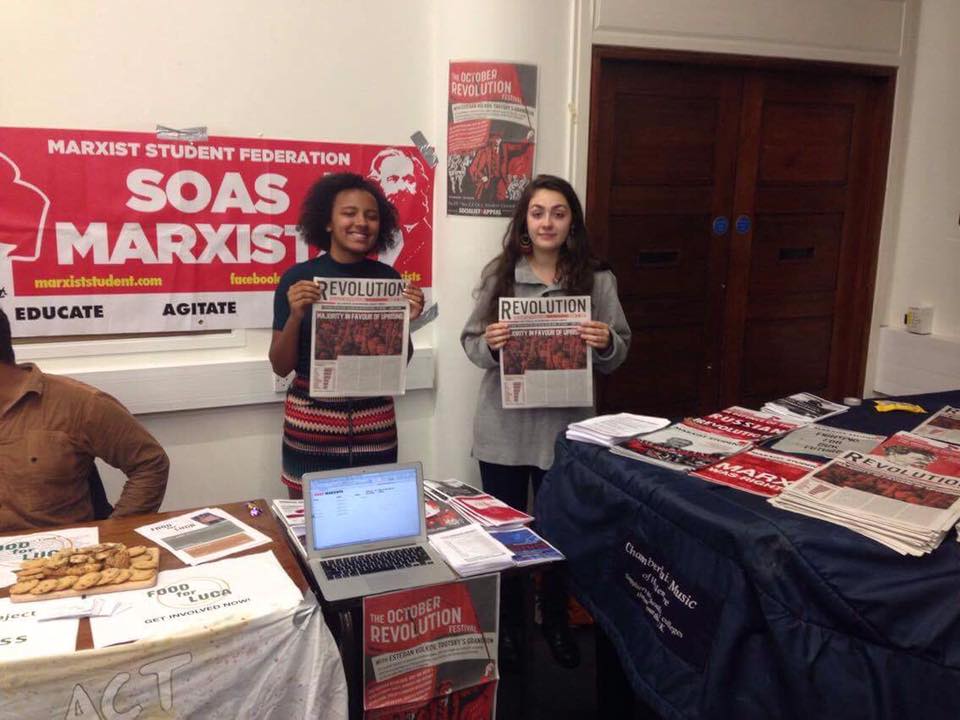 For the Marxist Student Federation our discussion meetings are a guide to action. Already this term the Marxist societies in Liverpool, Manchester, and Leeds mobilised their members to attend the demonstration against the Tory conference in Manchester.

The KCL Marxist society participated in the demonstration against precarious labour called by the IWGB union. And the Leeds Marxists will be attending the picket lines for a strike of University and College Union (UCU) staff members at the university next week. The Sussex Marxist society enthusiastically attended the Labour party national conference in Brighton, including the 6,000-strong rally for Corbyn.

Marxist societies in a number of universities are also preparing campaigns to get Marxists elected as delegates to the National Union of Students (NUS) conference later this year. Marxists have set themselves the task, as a concrete and practical step in the fight for socialism, of winning the NUS to a radical Left programme that will adopt bold socialist policies and militant tactics to link up with trade unions and fight for students and workers. 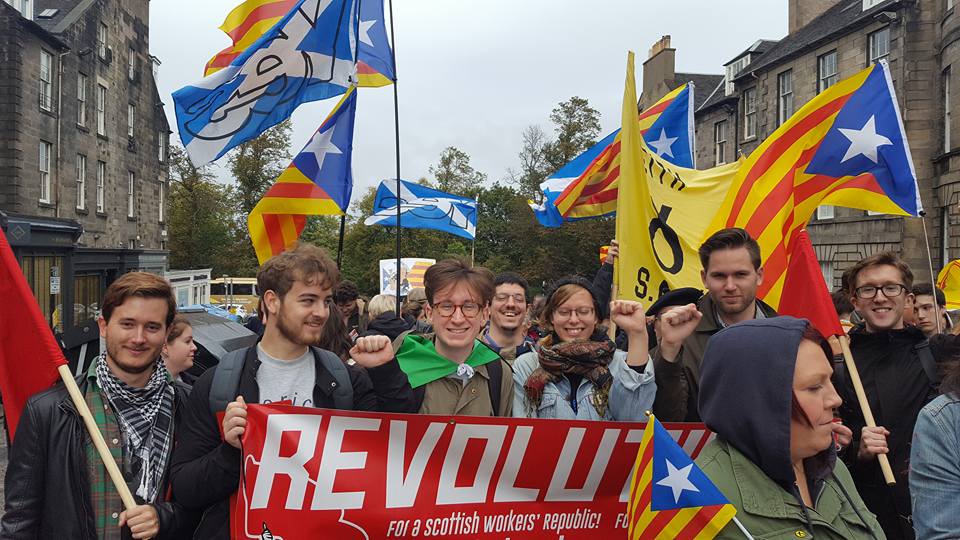 In London the Marxist societies have organised a Karl Marx walking tour of the city where Marx lived, wrote Capital, published the Communist Manifesto, and founded the First International. The KCL Marxists have already had a Marxist picnic in on the banks of the Thames – the first of many joint social events for Marxist societies in London.

On 20-22 October the Marxist Student Federation, jointly with Socialist Appeal, is hosting an international weekend event in celebration of the centenary of the Russian Revolution at which Esteban Volkov, the grandson of Leon Trotsky, will be speaking via video link from Mexico. This October Revolution festival will have sessions on Marxism and Art, Marxism and the Labour party, Trotsky’s theory of the Permanent Revolution, Fascism and the far right, and many more. Speakers at the Saturday afternoon rally, titled Corbyn to Power on a Socialist Programme!, include Steve Hedley, the assistant general secretary of the RMT union, and Danielle Tiplady, a leading activist in the Royal College of Nursing.

This academic year has got off to a great start for the forces of Marxism on campus. With a serious approach to theory, a dynamic approach to activism, and a determination to link up the struggles of students and workers, the Marxist Student Federation is looking to grow even more this year. Whether it’s in our meetings, on the picket lines, in the NUS delegate election campaigns, or at the October Revolution festival, we’re looking forward to meeting you and welcoming you to the struggle for international socialist revolution. 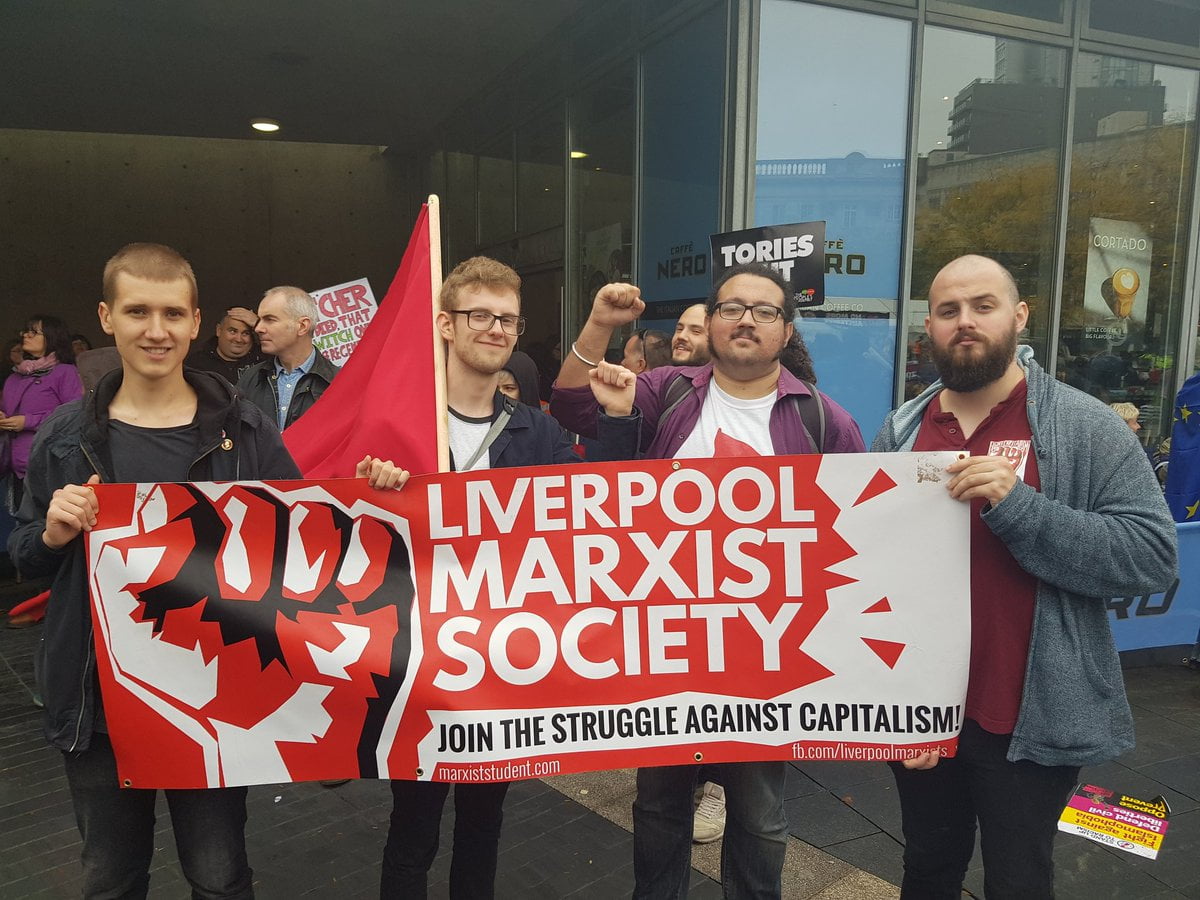