In Birmingham, the Marxist society at UoB held a meeting on the history and revolutionary lessons of May 1968.

The meeting was attended by 12 people despite the upcoming exam season, a mixture of new faces and longtime members. As a group of both students and workers, learning about the solidarity between these groups in France in 1968 was indispensable.

The discussion was wide-ranging and covered the role of Marxist students and workers in local struggles such as the UCU strikes and international events in France. We also spoke on the need for a revolutionary party and revolutionary theory to cut through the pessimism of reformist leaders and really understand the class struggle. Comrades were clearly energised by these ideas and we discussed extensively how to go about bringing them up in our classrooms and workplaces.

As Marxist students and workers, we have a lot to learn from the struggle of May 1968 and the importance of building a genuinely revolutionary leadership to fight for Marxist ideas. 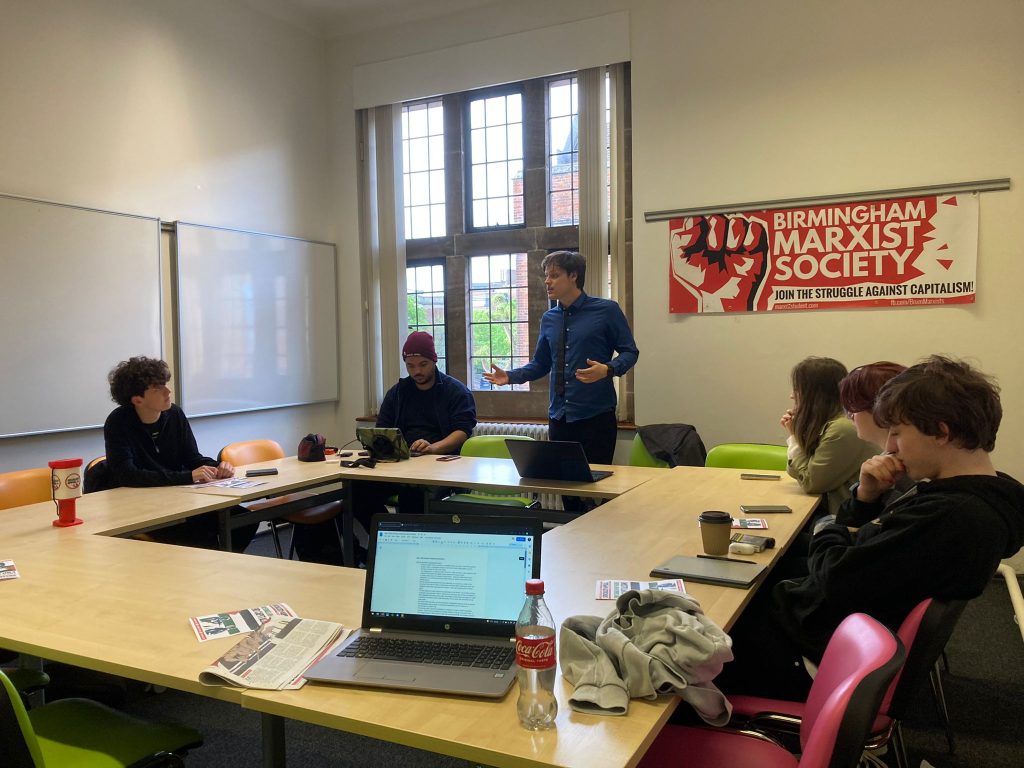