‘A Christmas Carol’ and the horrors of bourgeois morality

A Christmas Carol by Charles Dickens is one of those stories we can’t seem to get enough of.

Since the original novella was released in 1843 under the title ‘A Christmas Carol. In Prose. Being a Ghost Story of Christmas,’ it has been adapted numerous times into many different formats: plays, TV shows and movies –  even inviting the Muppets along for the ride in 1992.

Part of that is undoubtedly because it showcases the true magic of Christmas, as well as how it brings people together. Yet, it also presents a moral lesson through the character of Ebeneezer Scrooge; although we are taught to believe that he is a ‘bad’ capitalist, in reality he represented the spirit of the time. Our task as Marxists is to present the limitations of such loose moralising and replace it with clear class perspective.

Scrooge: a miser and a git 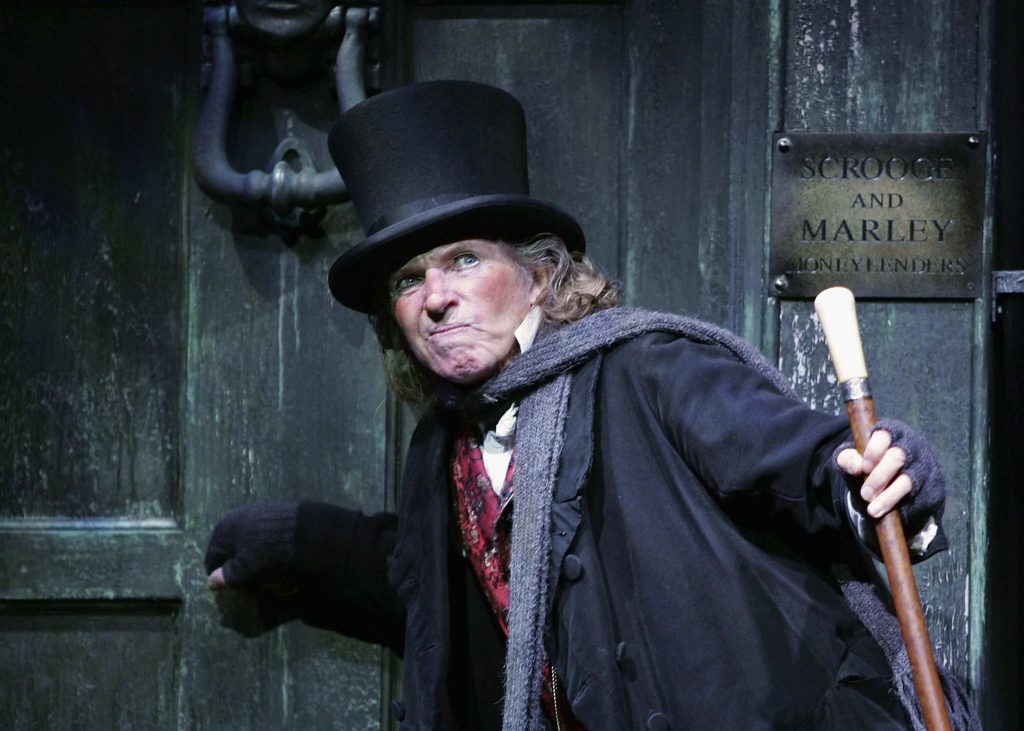 So overwhelming and iconic is Scrooge’s presence as a character that the title of the original story is sometimes confused as ‘Scrooge’. Regardless, this is because his journey from a miserable old git to a more jovial, charitable character is a compelling one – and one that teaches the virtue of charity and selflessness.

In the beginning, Scrooge cares about nothing but his bottom line. He refuses to pay for coal leaving his assistant, Bob Cratchit, working in a cold and inhabitable room. When his employees ask for a bonus and to be let go early on Christmas Eve, Scrooge refuses – uttering the classic line ‘Bah humbug’. Everything about Scrooge’s character is despicable, and spits in the face of what Christmas is supposed to represent.

The real spirit of Victorian capitalism 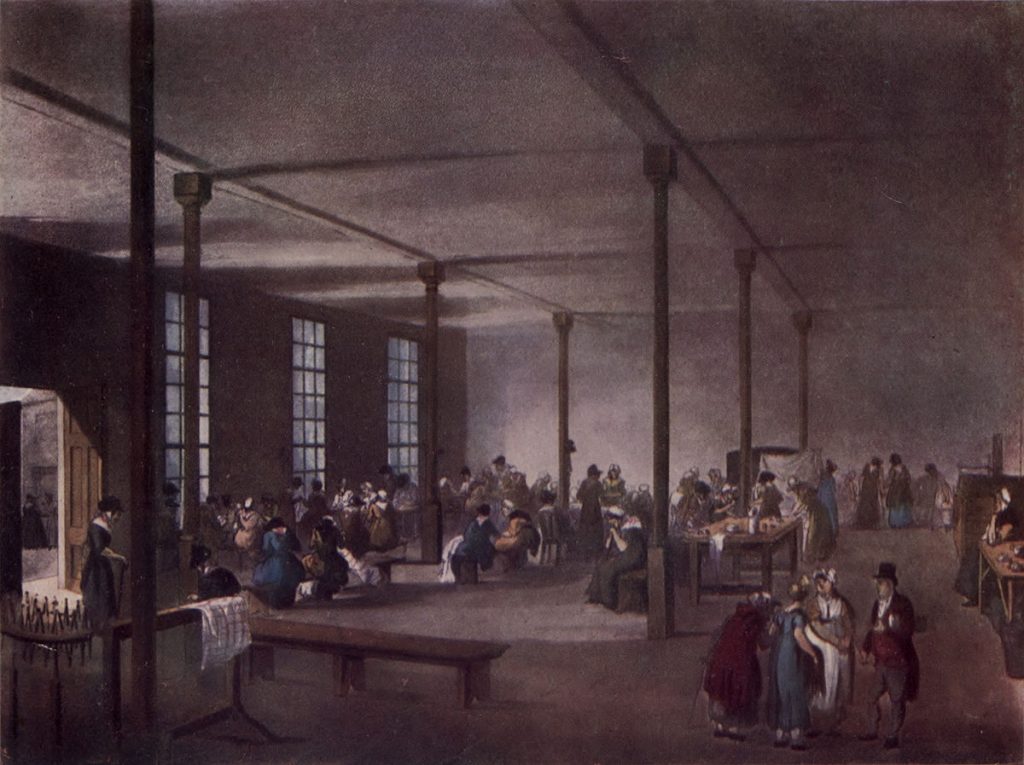 Even so, the disposition of ‘Scrooge’ was undoubtedly representative of the spirit among the bourgeoisie at the time. We should not forget that this story was originally produced in 1843 – in the aftermath of events like the Plug Plot riots and the ‘first phase’ of Chartism. This was a period in which the masses, condemned to live in squalor, rose up against their oppressors. Seething hatred of the ruling classes pervaded Britain, and talk of revolution was everywhere.

Victorian capitalists had no qualms about using whatever methods they could to increase profits and squeeze more labour out of the working class. One of the most shocking examples of this was the use of child labour: one report from the Children’s Employment Commission in 1842 described how children were “chained, belted, harnessed like dogs in a go-cart… crawling, upon their hands and feet, and dragging their heavy loads behind them” in the coal mines.

Another example was the hated 1834 New Poor Law. Intended to replace the old relief efforts of the parish councils, this new law set up the infamous workhouses – the object of another one of Dickens’ books, Oliver Twist. They were supposed to make the masses so miserable through what essentially amounted to slave labour, that they would prefer poverty to receiving state assistance.

This same draconian attitude – that of punishing the ‘deserving poor’ by starving them back to work – still prevails among the ruling class today. Take a look at the conditions faced by those on Universal Credit, and you’ll see that little has changed in this regard.

The workhouses were reviled by the British masses, who referred to them as ‘bastilles’ – a reference to the famous Bastille prison in Paris, which came to represent the arbitrary and fearsome power of the French Bourbon monarchy.

Scrooge was undoubtedly more forthcoming about his class interests than some capitalists would feel comfortable with, but he ultimately shares the same interests as the rest of his class.

But, at the end of the day, even the ‘nice’ capitalist is forced to act in his class interest. Whether by attacking the workers wages and conditions, or by simply laying them off when the market demands it, the laws of competition will always force the capitalists’ hand.

As the proponent of ‘guild socialism’ and the co-operative movement G.D.H. Cole explained:

You could count Scrooge among that group of ‘ruthless’ employers: the object of his treatment of his workers was not simply due to bad temperament, but his class interest. Nevertheless, the end of the story sees him transformed into a much more charitable man due to the intervention of three ghosts: the Ghost of Christmas Past, Christmas Present, and Christmas Future.

Shallow idealism and the Three Ghosts of Christmas 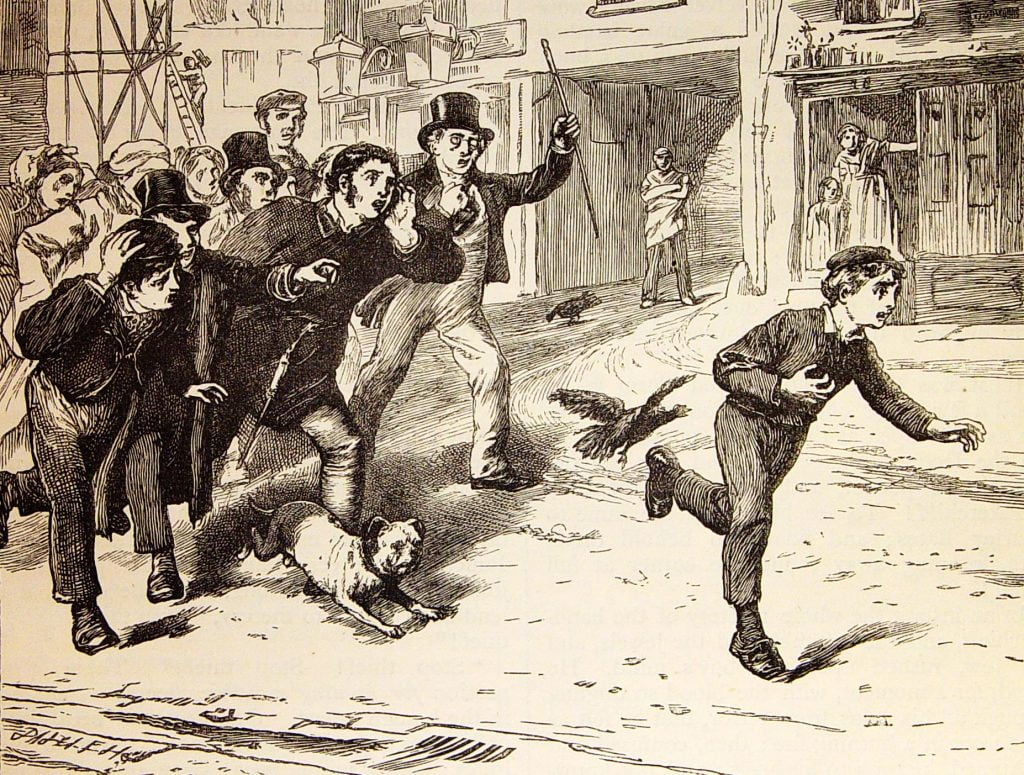 Illustration from 1875 edition of Oliver Twist

Obviously, ghosts do not exist in real life. Nor do such happy endings. In a word, A Christmas Carol is typical of Dickens’ petty-bourgeois upbringing: beginning life in a relatively prosperous middle class family, he was later thrust into poverty because of the debts his family had accumulated. He was therefore able to perceive the plight of the masses, but not envisage a revolutionary way out. Instead, he chose an idealistic one.

Oliver Twist is also let down by such an idealistic ending. Despite vividly describing the conditions of the workhouses and why the masses descend into petty crime, Oliver is eventually saved from his fate because he turns out to be related to the upper class Mr Brownlow.

In reality, someone like Oliver would’ve been left to die on the streets along with the millions of other nameless, faceless orphans who did so in the Victorian era. Scrooge, too, would’ve been congratulated for his thrift and welcomed into high society.

Our task as Marxists is to smash through such shallow moralizing and replace it with a real sense of our position in society, as well as to make the case for why revolution is the only way out of the horror of class society. Only then can the true beauty of Christmas be enjoyed by all.