Workers and students unite in Birmingham

On March 2nd, comrades of the University of Birmingham Marxist Society held a student strike rally with the help of the local UCU. After hearing from a range of student groups and labour movement speakers, such as the Coventry bin strikers and Unison, a Marxist Society member spoke, addressing the roughly 100 people in attendance, a mix of students and striking staff.

Our comrades raised the demands for free education and the democratic running of the university, and the importance of solidarity between students and staff in fighting for these. Our argument that marketisation lies in the logic of capitalism was well received, and we emphasised that the struggle must be fought with a united movement of workers and youth, on a clear class basis, and with a bold socialist programme which puts people over profit.

The overall mood of the event was very positive despite workers coming off the back of a long, rainy strike action, and people were clearly enthused by the demonstration of student-staff solidarity.

The rally concluded with a march across the University of Birmingham campus, wherein our comrades formed a strong bloc. Our chants, ‘students and workers will never be defeated!’; ‘teaching conditions are learning conditions!’; and ‘9k for what when our lecturers are getting squat!’ found a strong echo. 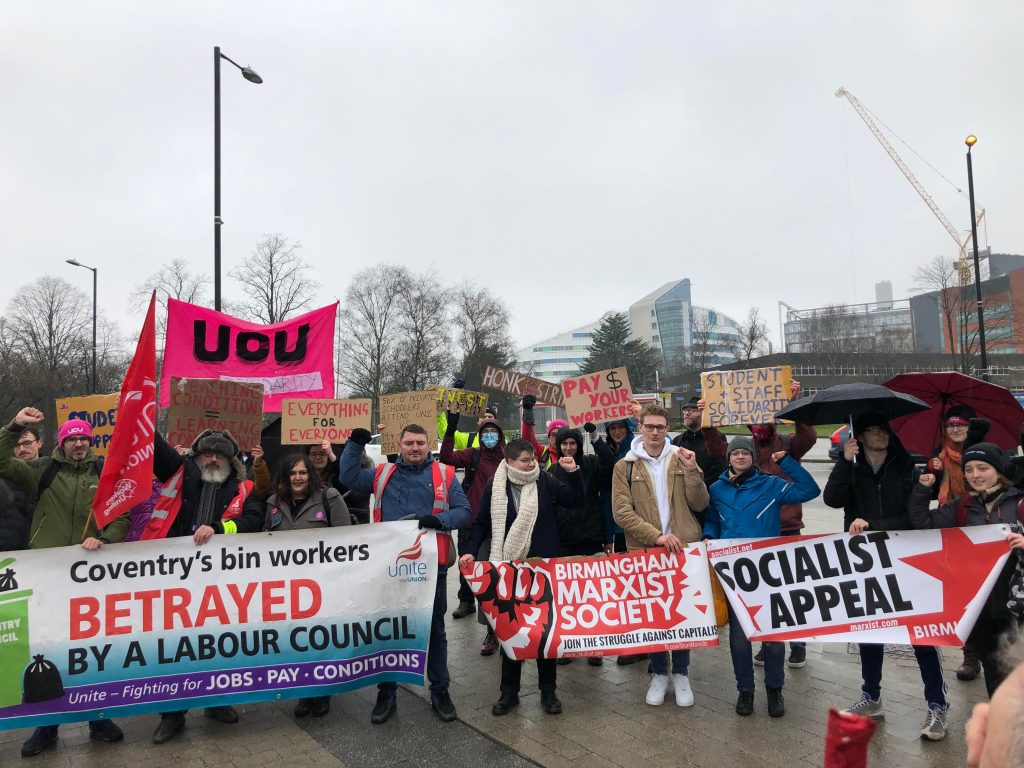