Why you should attend the Marxist Student Federation conference

Published by Marxist Student on January 27, 2021

Our society under capitalism has reached what seems to be a turning point. From the climate crisis, to insane levels of wealth inequality, to racism, to the scourge of the far right: it’s easy to feel hopeless.

The facts seem clear and inevitable. Capitalism prioritises profit above all else; and human lives are, at best, an expendable by-product.

The Marxist Student Federation’s 2021 Conference Revolutionary Youth for Revolutionary Times is soon taking place, however, offering hope in the fight for a socialist future.

This conference comes at an important time. The idea of revolution is becoming less and less of a distant prospect, as crisis after crisis mounts, and workers and youth begin to move into action. Activists are looking to get organised and fight. And that is what the MSF aims to provide: a reference point for revolutionary youth in Britain.

The conference will be divided into three sessions. In the first, entitled The death agony of capitalism: World Perspectives, we will discuss the political situation across the world, and the importance of a worldwide revolutionary movement.

In this session, Fred Weston, editor of marxist.com, will give an insight into the incredible events of the past year, which has seen both the deepest crisis in the history of capitalism, and also some of the largest ever movements against this same system.

It is vital, as internationalists, to understand the whole world situation. Socialism cannot be built in one country alone. The class struggle must transcend national boundaries to fully transform society. Making sure we understand the revolutionary processes and potential in all parts of the world is therefore key.

In the second session, we will discuss the radical movements that are taking place in universities and schools, with a focus on what we must do to solve the problems created by capitalism and the Tories. This session will have regional breakout rooms, along with a separate breakout room for school and college students.

The aim is to understand our role as Marxist activists within these movements taking place – including the rent strikes that are erupting on university campuses across the country. 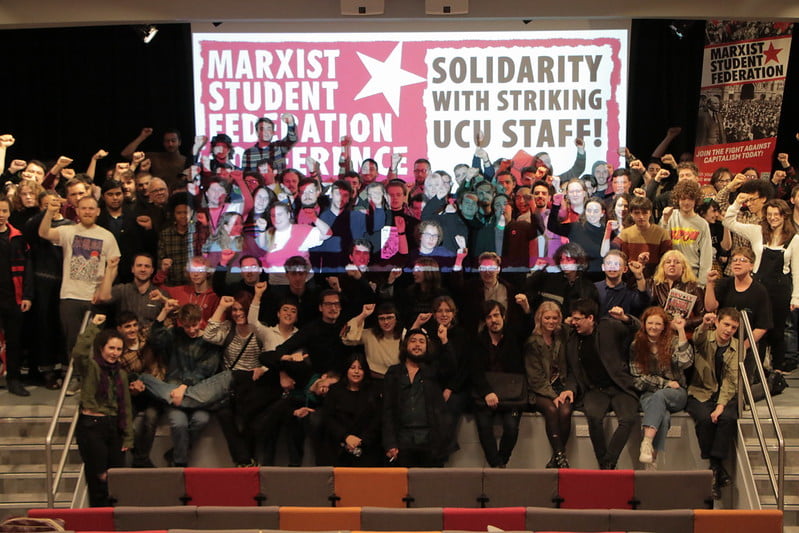 As young people, we represent the future of society. But we cannot wait for change to occur around us. Only by organising and fighting back against the establishment and the capitalist system can we change the future.

The final session is titled Order from chaos: The role of organisation. This meeting is especially important, providing an opportunity to learn from working class and student movements of the past. We are stronger when we are united and organised. This is the lesson that we must take into the movements taking place today.

Crucially, revolution won’t take place simply out of the will of individuals. If that were the case, it would have happened already. Rather, we need movements based on mass struggle, democratic participation, and collective action. It is therefore vital that we educate ourselves on the organisation needed to channel the revolutionary energy that exists.

Capitalism cannot be allowed to continue. In reality, its collapse has already begun. We must organise to deliver the knockout blow. As Rosa Luxemburg put it, the outcome for humanity can only be “either transition to socialism or regression into barbarism”.

Let’s use this opportunity to agitate, educate, and organise. Let’s fight for a socialist future, instead of the barbarism of capitalism. Join us at the MSF conference 2021 and help us in this struggle!