Higher education is facing a period of unprecedented crisis and capitalism is to blame. It is the duty of the NUS, as the collective voice of students at a national level, to fight for the liberation of its members from the economic bottom line.

That means getting behind Jeremy Corbyn and agitating for a free, fair and inclusive education system, paid for by the expropriated wealth of the bankers and bosses. If I am elected, I will pressure the NUS to pass a resolution to officially support Corbyn and his promise of free education.

I am proud to call myself a King’s College London PhD student and a university employee. I believe that King’s is an example to the rest of the country as a centre of learning and I have adored every second of my time here. It is my firm belief that everyone who could benefit from a university like King’s should be able to, irrespective of their background – that means free education for all.

Free education should be a human right

Following brutal cuts by the previous, Coalition government (that placed the pensions of King’s College London lecturers in jeopardy and gutted our medical school), I shudder to imagine the Tory-majority government’s intentions towards the education sector.

We had a taste of what is to come after the announcement of George Osbourne’s autumn budget, which promised an end to maintenance grants for students from low-income backgrounds and their replacement with loans.

Coupled with the Teaching Excellence Framework, which will allow ‘top-performing’ universities to raise their fees indefinitely in line with inflation, we are due to witness an unprecedented assault on the working-class student body. This cannot be countenanced and must be railed against with all our determination.

In addition to being a PhD candidate, I am also a Graduate Teaching Assistant. I take pride in providing the very best education possible to my students and work tirelessly to help them get the best out of their time at King’s.

However, myself and many of my peers are consistently underpaid by our faculties, as our paid hours do not come close to matching the amount of time we devote to preparation for lectures and seminars. Not to mention the fact that we are forced to ration office limited space amongst our cohorts, meaning we often have to hold progress meetings with students in the foyer or anywhere we can secure a chair.

We are told that our faculty budgets are overstretched, and yet King’s still manages to find money in its coffers to invest in redevelopment schemes (hiring construction firms known to blacklist union members, no less) that do not expand teaching space or reinvest into education, but aim to make our university more palatable to wealthy donors and investors.

Meanwhile, King’s manages to top the board (or scrape the floor) on pay-scales, with our lowest-paid workers receiving 30 times less per year than our Vice-Chancellor.

This story is not limited to King’s. All across the country the narrative is the same: cuts, lowering of standards and social gentrification by the backdoor, with zero tolerance for those who stand up in protest.

I once visited an occupation at Lewisham College (a comparatively diverse and predominantly working-class institution), staged in protest at the cutting of over 100 members of staff. The peaceful demonstrators were driven away by police with attack dogs.

Amidst all this fury and injustice, Corbyn’s stunning victory at the Labour leadership election served as an outlet for the frustration and feelings of disempowerment experienced by British students and youth.

Of the hundreds and thousands of grassroots activists who joined Labour simply to vote for Corbyn’s socialist programme, the vast majority were young people and students. This campaign represented the most exciting development in mainstream politics in years and has given voice to a whole new layer of activists.

The people have declared definitively: enough is enough; we will not stand for this, give us free education and make the bosses pay!

This is a policy that Corbyn has promised and the NUS will fail its membership if it does not back him 100%. However, Corbyn has few friends in the Labour leadership and none at all in the mainstream press.

If he is to survive the next five years and have a chance of putting this promise into practice, he must lean on the 59% mandate he has built up with the Labour rank and file.

The NUS’s role in this process is clear: we must offer Corbyn our unreserved support and marshal all our resources to defend him from the Tories, the press and the right of his own party.

I am already contributing to this fight in my capacity as a member of the Marxist Student Federation and as a steering committee member for Labour Young Socialists. If I am successful in this campaign, I will continue to do so as an NUS delegate and bring my demands to the national stage.

Should Corbyn win in 2020, then the effort must re-double as the goal becomes a free, fair education system under a socialist government, where the interests of the majority trump the greed of the wealthy.

Education should be a common good and a human right, but will never be so in a world where schools and universities are slaves to the market. Only a rationally-planned and democratic economy can deliver free education, in every sense.

by Joe Attard, candidate for NUS delegate in the KCL elections 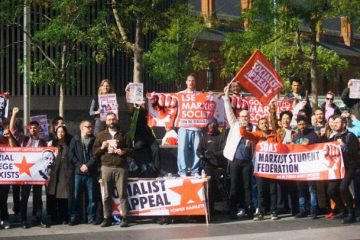 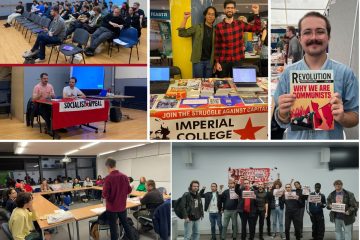