Unless you have been hiding under a rock, you might have heard recently that the country is gearing up for a massive celebration. “To celebrate what exactly?”, a recluse might reply. “Are energy bills going down?”

“Better than that!”, cry the British media. “For this celebration is to mark 70 years of being ruled by a decrepit feudal overlord!”

When phrased as such, the situation can seem a little absurd; surreal, even. And yet the monarchy has long been seen as a cherished institution in this country, insulated from scrutiny by its supposed political neutrality, pomp, and ceremony.

That is, of course, until fairly recently. In recent years, the monarchy has been shaken to its core by a series of scandals, which have almost become part of the weekly news cycle.

Unfortunately for the Royals, these shenanigans have not gone unnoticed. This has resulted in a negative shift in public attitudes towards the monarchy – particularly amongst young people. YouGov data from 2021, for example, shows that just 31% of 18-24 year-olds wish to see the monarchy continue (as opposed to 46% in 2019).

And no wonder. From allegations of paedophilia and racism; to dodgy offshore dealings and cash-for-honours: there is hardly a direction ‘the firm’ can turn without revealing some murkier and more unsettling side of itself.

Despite the stench emanating from Windsor castle, we are assured that the monarchy is ultimately a reformable institution. The jubilee should therefore be a time to step back and forget about our day-to-day struggles, and instead ponder about our Queen and country.

More than a gimmick

But the monarchy is not simply an expensive anachronism. It serves an important function as a reserve weapon of the ruling class.

The supposedly benign Queen has significant latent powers which can be wheeled out at times of ‘national crisis’. And tempting though it might be to dismiss this assertion as crackpot conspiracy, one need only glance back at our very recent history in search of verifiable evidence.

In August 2019, for example, when Boris Johnson was struggling to get his Brexit plans approved, he got around his quandary by simply asking the Queen to suspend Parliament.

The establishment’s outrage that followed, however, was exclusively aimed at the PM for daring to ‘put the Queen in a difficult position’. Little-to-nothing was made of the fact that she was constitutionally able to upend democratic proceedings at the stroke of a pen.

Such is the discussion (or lack thereof) of the Queen’s powers. Sure, she might technically be able to suspend Parliament single handedly – but she wouldn’t choose to do so in practice, we are told.

This of course begs the question: Why, then, do these powers exist at all? We need only look to Australia as a case in point. In 1975, Gough Whitlam’s Labour government found itself dismissed by the Governor-General, using the reserve powers of the royal prerogative.

This was a barefaced coup, carried out by the Queen, against a democratically elected government – in another country!

One can only imagine what might have happened to a Corbyn government intending to carry out a socialist programme. After all, it ultimately would still have been ‘Her Majesty’s Government’. We also have HM Civil Service and, crucially, HM Armed Forces.

This creates the constitutional basis for a legal coup. And this needn’t be treated as mere fantasy.

In 1968, plans to launch a coup against Harold Wilson’s Labour government were floated by members of the ruling class. Lord Mountbatten, uncle of Prince Philip, was proposed as a replacement for the deposed prime minister.

The plot fell through, however, due to the reluctance of the Queen to use her reserve powers at the time.

The point at which this reserve weapon would be utilised is of the utmost importance to the ruling class. The monarchy must command the loyalty of a large part of society when it is deployed, or else it risks being ineffective, or even backfiring.

The monarchy remains, in the final analysis, so that it might be used as a last-ditch defence by the British ruling class, as the class struggle reaches fever pitch.

But years of scandals and crises have done untold damage to this pillar of the establishment, which was once perceived to be above the fray of politics.

“Long to reign over us,” goes the national anthem’s famous verse. Well, long has she. And quite frankly, enough is enough.

The jubilee weekend is shaping up to be a cause célèbre in Britain. On the one hand, the working class are increasingly feeling the pinch, reeling from the cost-of-living crisis. On the other, ordinary people can see the obscene wealth and privileges flaunted by these royal parasites.

It is high time to consign this rotten relic to the dustbin of history. This means fighting to abolish the monarchy, and struggling for a socialist republic. 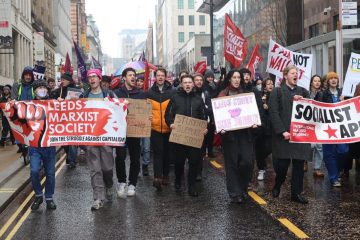