Last Friday, 24 September, hundreds of people from Kidbrooke and surrounding areas in south east London joined a vigil at Pegler Square to pay their respects to Sabina Nessa, another victim of the epidemic of violence against women, who was recently murdered in a nearby park whilst walking to meet her friend.

The vigil’s organisers included local community groups and the Reclaim These Streets campaign.

So massive was the outpouring of support at the demonstration, that the small loudspeakers could barely be heard by much of the crowd, who filled the square and spilled out onto the streets.

The mood was sombre, with Sabina’s sister giving an emotional speech.

But a glimmer of defiance and hope also punctuated the candle-lit vigil. One speaker received loud applause when reminding the crowd that ‘there’s no liberation without solidarity’. And another asked ‘Do we want change?’ and ‘Are we prepared to make change?’, receiving bold replies of ‘Yes!’ from the whole crowd.

Boris Johnson’s official Twitter account, for example, posted a picture of a candle on the doorstep of Number 10.

But this is an insulting, empty gesture from the Prime Minister, who presides over a government that has cut vital services – including domestic shelters – that are a lifeline for women.

Other commentators have contributed by highlighting the ‘rules’ and ‘advice’ that women should follow to keep themselves safe at night: wearing bright colours; walking on well-lit streets, and so on.

Meanwhile, images of clench fists with keys between the fingers – a popular self-defence method circulated by young women – have become iconic, particularly on social media.

Much of this reflects the deep despair felt amongst young women, as exemplified by the many placards at the vigil asking ‘when will we be safe?’.

But this also contains a dangerous message: that women are personally responsible for their own safety; for a disease that infects the whole of society.

We must remember that Sarah Everard did everything ‘right’, but was still murdered – by a police officer; by the very system we are told protects us.

And let us also not forget Bibaa Henry and Nicole Smallman – two sisters whose ‘safety in numbers’ did not save them either.

Under capitalism women will never be safe.

Sabina’s tragic death is sadly only a tiny ripple amidst the tsunami of violence that women all across the world face every day under capitalism.

It is no coincidence that this scourge of violence against women has escalated in recent years – particularly since the 2008 economic crash; and, more recently, since the start of the pandemic.

Working-class women have been forced to bear the brunt of unemployment and austerity, with worse to come as furlough ends and cuts to welfare bite. Female workers in essential jobs have been hit the hardest, fighting on the frontline of the coronavirus crisis. And faced with financial insecurity, lockdowns have trapped increasing numbers of women in abusive relationships, or burdened them with extra caring responsibilities.

The Tories and the police show no genuine interest in tackling this problem. In fact, when they are not busy directly attacking women and the vital services they rely on, these boys in blue are working together to prop up the capitalist system – a system that breeds violence, sexism, and oppression.

The fact is that the representatives of capitalism have no solution to this status quo of injustice and inequality. Their passivity is not simply due to a lack of concern or morality, however, but is a reflection of the bankruptcy of the system they defend.

Capitalism in crisis can’t afford the reforms and measures needed to keep women safe. In fact, it is responsible for slashing away all the gains that women have struggled for over the decades.

As long as capitalism stumbles on, it is women, the working class, and the oppressed who will continue to bear the brunt of this crisis. That is why we must fight to overthrow the whole rotten system. 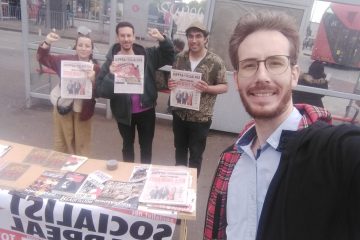 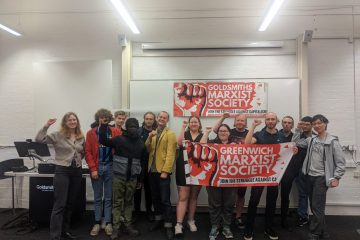 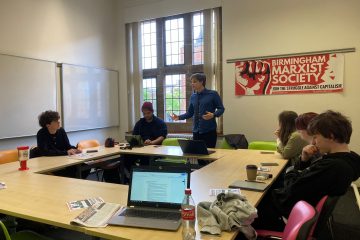 In Birmingham, the Marxist society at UoB held a meeting on the history and revolutionary lessons of May 1968. The meeting was attended by 12 people despite the upcoming exam season, a mixture of new Read more…