Published by Marxist Student on January 28, 2021

Winston Churchill is venerated by liberals and conservatives alike as a national hero. He is revered as a defender of democracy and as the man who single handedly beat Hitler. Such is the mythology surround- ing him that in 2002 he was voted ‘The Greatest Briton of all Time’. But who was the real Winston Churchill, and what did he stand for?

Churchill was the son of Lord Randolph Churchill and a wealthy American heiress, Jennie Jerome. Churchill was conscious that he was part of a ruling class. He felt he was personally born to rule and was a man of extraordinary ambition. He dreamed from a young age of being a great journal- ist or war leader. His school performance, however, was mediocre and only on the third attempt did he make it into Sandhurst. His journalistic career meanwhile owed everything to his wealthy mother’s connec- tions and little to talent.

Churchill had contempt for the working class and despised socialism, famously declaring, “Socialism is the philosophy of failure, the creed of ignorance, and the gospel of envy.” When a strike broke out in Tonypandy in Wales, as Home Secretary, Churchill sent troops into the Welsh valleys to violently suppress the movement. “If the Welsh are striking over hunger, we must fill their bellies with lead,” he said.

In the 1926 general strike, Churchill would place what journalistic ability he

had at the disposal of the government’s machinery of lies and slanders. As editor of the official government organ, the Dai- ly Gazette, Churchill was the voice of the scabbing operation.

Churchill’s contempt for the working class has been covered up by historians. But so too has his ineptitude as a military tactician. In 1909-1910, whilst most mil- itary leaders were raising the possibility of a threat from Germany, Churchill was shortsightedly arguing for cuts in military spending.

In World War One, Churchill played a blundering role as First Lord of the Admiralty. With a complete disregard for human life, and consumed by personal vanity and the hope of becoming a ‘war hero,’ Churchill launched a catastrophic naval adventure at Gallipoli.

In 1920, Churchill was given the role of Minister for War. When he complained that there was no war, Bonar Law shot back at him, “If we thought there was going to be a war you wouldn’t have got the job”.

We are, nevertheless, taught that Churchill took a brave stand against fascism in Europe. However, the whole course of World War Two has been re- written by revisionist, ‘patriotic’ historians who have vastly exaggerated Britain’s role as a whole. It was the Soviet Union, rather than Britain, that tore the guts out of Hitler’s army. 80% of the Wehrmacht’s forces were thrown into action on the Eastern Front.

Ideologically, Churchill, Mussolini and Hitler were not so far removed. Churchill shared many of Hitler’s views on race and a similar burning hatred of Bolshevism.

Before the outbreak of World War Two, Churchill was generous in his praise for both Hitler and Mussolini. In a visit in 1927, Churchill said of his Italian

counterpart: “If I had been an Italian, I am sure I should have been whole-heartedly with you from the start to finish in your triumphant struggle against the bestial appetites and passions of Leninism.”

Ignored by historians of today is the fact that Churchill was himself an antisemite. He penned a notorious an- tisemitic article entitled ‘Zionism versus Bolshevism’, in which he divides Jews into ‘good’, patriotic Jews and ‘bad’, in- ternationalist, Bolshevik Jews. In the war of intervention against Soviet Russia, Churchill was at the forefront in render- ing eager assistance to the pogromist armies of General Denikin. And when the opportunity presented itself to bomb the Auschwitz extermination camp, Churchill refused to give it the go ahead.

His views were streaked with racial bigotry that saw British imperialism as the natural master of the peoples of the world. When discussing the plight of Af- ghans and Kurds, the great humanitarian leader was quoted as saying, “I cannot understand this squeamishness about the use of gas”.

Of the Indian people Churchill remarked, “I hate Indians. They are a beastly people with a beastly religion.” Indeed the great war leader thought little of allowing millions to starve in West Bengal in 1943 as a direct result of his government’s policies.

The real reason that Churchill and the British ruling class went to war against German fascism was to stop the threat that the German rival posed to British imperialism and the huge profits. Those profits were distilled from the misery, toil and hunger of Welsh miners and Bangali peasants alike. Winston Churchill was a lifelong imperialist, a defender of the worst atrocities of capitalism, and it is as such that he should be remembered. 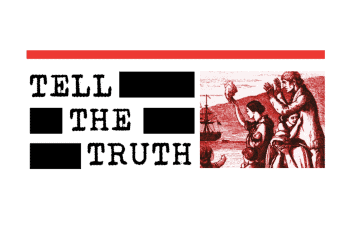 Ultimately, this whole catastrophe occurred in order for the capitalists and landlords to increase their bottom line. In order to put an end to hunger and famine - which still afflict the world today - we must put an end to this capitalist horror show once and for all. 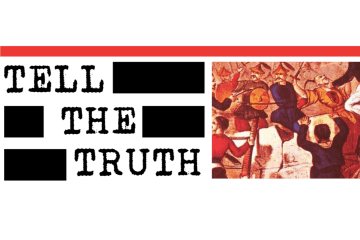 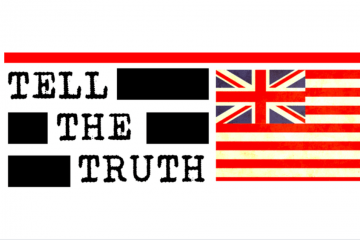 Tell The Truth – The Rise of the East India Company

As capitalist interests began to develop in England in the 15th and 16th century, so did their interest in colonisation overseas. In the year 1600, the East India Company, a joint-stock company of various London Read more…