The endeavour to establish a brand new Marxist society at Nottingham University has been greeted with enthusiasm from many students, eager to have a society to discuss Marxist ideas and organise Marxist students. At least twenty-five students have already signed up to join the society, the number required to set it up, and we recently submitted our application to the societies council to be formally accepted as an official university society. The Marxist society is supported by existing left-wing political societies, with the presidents of Leftsoc, the Labour Society and Socialist Students all joining, and the societies council committee has declared that we are sufficiently different to existing societies, and in line with SU values, to qualify as a student society in our own right.

All this should have meant the society is allowed to formally affiliate to the students’ union. However, it was blocked at the societies council, which voted it down in a secret ballot by 68 votes for and 83 against. This is a completely undemocratic, unaccountable process. The process of signing up students, getting approval from the societies council committee, and finally putting the affiliation to a majority vote at societies council, composed of representatives from each existing society, is supposed to be democratic. However this case shows that it in fact disempowers students.

There’s no reason why representatives of the board game, chemistry and bell ringing societies should get a say in whether other students can establish a Marxist society, when the rest of the student body has zero input. The process is completely unaccountable, with no way of knowing why the 83 people voted against the society’s formation. Rejection by the committee of the societies council, on the other hand, must come with a reason and can be appealed, making it far more democratic and accountable. The approval of societies council as a whole is an unnecessary addition that limits the ability of students to shape campus life and in this case has resulted in political censorship.

Marxists at Nottingham will not allow the decision of less than 100 people to stand in the way of our democratic right to organise. We will hold meetings to discuss Marxism, organise as Marxists and work as part of the Marxist Student Federation to win the NUS to a socialist programme, the only programme that can meet the needs of students. We urge all our supporters to sign this petition to oppose this undemocratic decision: 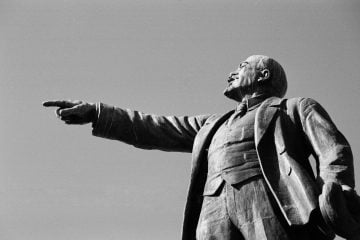