This year Marxist students in Bristol are bringing revolutionary politics to both the city’s universities and its labour movement with an exciting programme of meetings, film screenings, and other activities. Already this academic term, we have held a meeting titled Ten Days That Shook The World to celebrate the centenary of the Russian Revolution. Ben Gliniecki, national organiser of the Marxist Student Federation, spoke at the meeting and left us inspired to defend the legacy of October 1917 by building the forces of Marxism in Bristol today.

We are organising the Bristol premiere of the new documentary by the International Marxist Tendency about the life and ideas of Leon Trotsky – Life of a Revolutionary. And we have future events planned to discuss the situation in Catalonia, the Marxist approach to the European Union, Marxism versus anarchism, the situation in Venezuela, and an analysis of the Corbyn movement and the British political situation. We’ll be using our discussions and debates as the basis for participating in strikes, demonstrations, Labour Party meetings and other labour movement activity in Bristol. For us, theory is a guide to action. The Marxist Student Federation in Bristol is far more than just an academic discussion club.

Already this term we have sent a delegation to the October Revolution festival in London, which was a fantastic event attended by 300 comrades from Marxist societies and the labour movement around the country and internationally. We’ll be participating fully in the national conference of the Marxist Student Federation taking place in London in February. Through this we can build a powerful national organisation of revolutionary students that can forge close links with the labour movement locally, nationally, and internationally.

We have regular stalls on the campus of the University of Bristol, so if you’d like to find out more about how to get involved then come and find us there. Also look out for our posters around the city advertising our meetings. If you’d like to contact us online you can join our Facebook group, or email contact@marxiststudent.com.

There has never been a greater need for a serious Marxist organisation – one that is capable of training and educating people in the ideas and methods of the class struggle so that we can consign the capitalist system, its crises and misery, to the dustbin of history. This is what we are committed to building here in Bristol over the next weeks, months, and years. One hundred years after the Russian Revolution, there has never been a better time to join us. 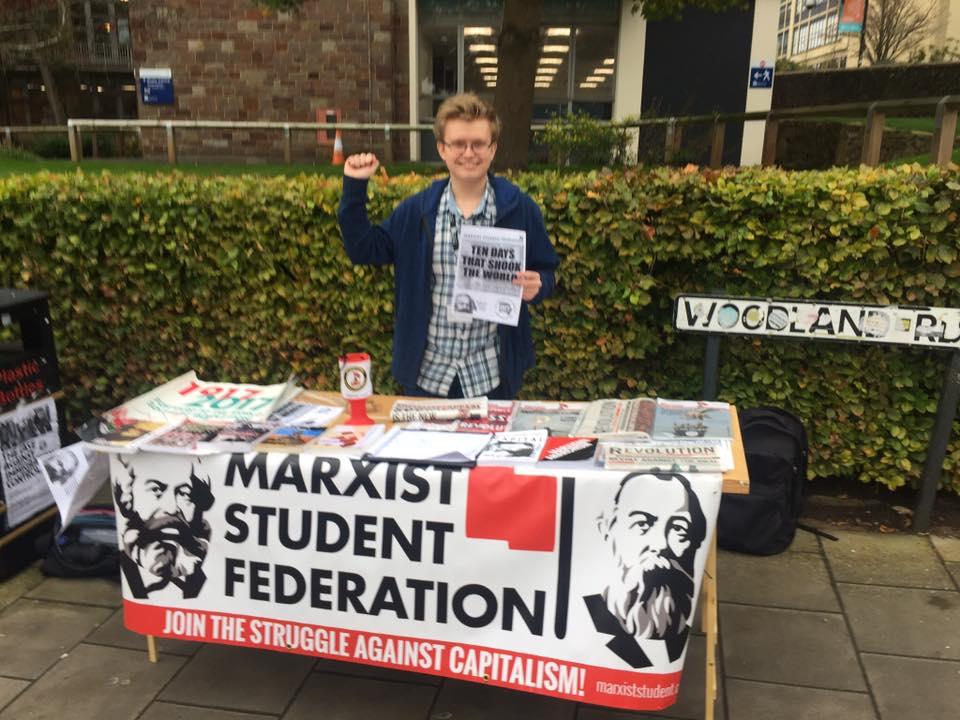