KCL Marxist Society organised to be on the UCU pickets every day this week. We believe that it is important to show the lecturers that they have student solidarity and to bring our political ideas to these strikes.

We have been involved in teach outs, talking about revolutionary ideas. Lecturers on the pickets have been excited to talk about politics in a broad sense.

The Students’ Union on KCL campus has failed to effectively support the strikes, or indeed have any political take on the current events. In order to fight against this, and create a genuine Student’s Union which backs the needs of students, KCL Marxist Society has launched a campaign for an alternative and radical students’ union.

This alternative will propose genuinely revolutionary demands to end the problems of students. This will hopefully put pressure on the current SU and create genuine fighting platforms on KCL campus.

This battle is longer than this one UCU strike. We will continue the fight for free and fully funded education on KCL campus! 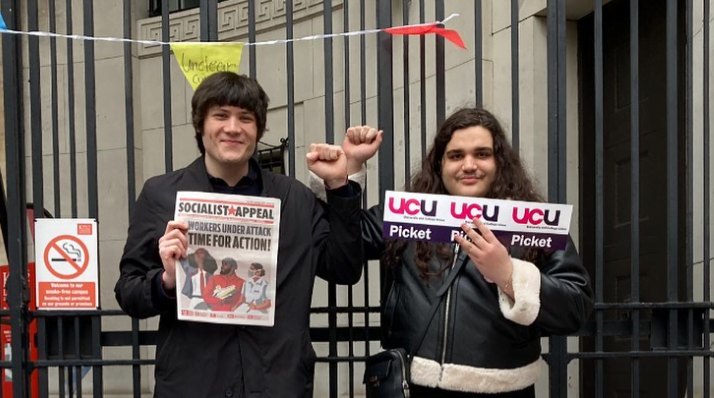 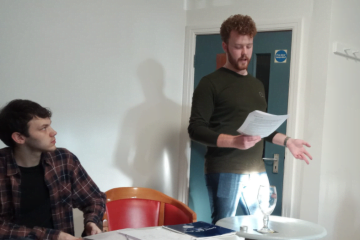