Capitalism has set yet another bleak record in 2020. There are now more than 55 million Internally Displaced Persons (IDP) around the world. That is, people who have been forced to flee their homes while remaining in their own country. This is twice as many as the already terribly high number of international refugees (26 million). The total number of displaced persons exceeds the population of France. The COVID-19 pandemic is one cause of the ballooning numbers, although it is far from being the only one.

Many factors have contributed to this human disaster. But as figures increase year on year, one factor is emerging as the cause of an increasingly large majority of displacements: natural disasters – which are far from natural in cause or effect – linked to the climate crisis. Tens of millions of people, predominantly in the world’s poorest nations, are now being displaced every year because of capitalism’s rapacious exploitation of the Earth’s resources. Following decades of unregulated farming, industrial pollution, mining, unplanned construction, and above all fossil fuel extraction and consumption, the effects of climate change are starting to pile up, with dire consequences for millions of people.

Last year was the second-warmest year on record (with 2019 being the third warmest). Destruction of the environment is continuing apace. Deforestation rates are increasing, with 2020 seeing the third-highest deforestation rate on record, resulting in a higher proportion of greenhouse gases in the atmosphere. The record temperatures have led to wildfires that have ripped through several regions in America and Australia, making hundreds of thousands homeless.

Most of the victims of displacement due to climate change are in the poorest nations however. It is estimated that one billion people worldwide live in poorly constructed slums, typically below sea level. According to a recent report by the Internal Displacement Monitoring Centre (IDMC) and the Norwegian Refugee Council (NRC), more than 30.7 million people were forced out of their homes because of ‘natural’ disasters last year. This is the highest figure on record. But even this is probably a gross underestimation, as data from several regions is lacking due to travel restrictions. 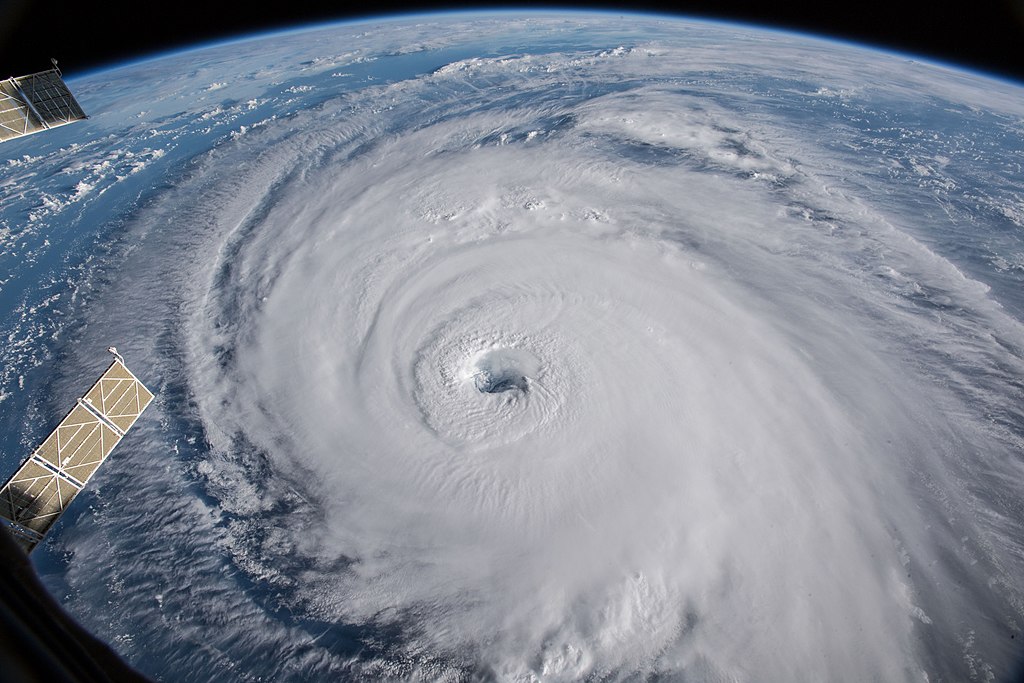 Looming over everything is the climate crisis. Last year 30 million people were displaced due to ‘natural’ disasters, contributing the single biggest cause of internal displacement. The rapacious destruction of the environment by capitalism is fundamentally to blame / Image: NASA

Countries in sub-Saharan Africa experienced their worst flooding in decades. An estimated 4.3 million people were displaced as a direct consequence. A side effect of intensive flooding has been the exponential growth of locust populations in the area – to the highest levels in 25 years. These plagues have devastated crops. In Sudan alone, for example, more than 9.6 million people (21 percent of the population) faced food insecurity exacerbated by these factors. Famines have also forced millions of people to flee their homes.

In South Asia, extended monsoon seasons are now the norm rather than the exception. Bangladesh experienced its longest monsoon since 1988. Already by June 2020, one quarter of the country was flooded, with the devastation not peaking until August. In India, more than 4 million people have been displaced by the combined effect of cyclones and monsoons. To this day, about 1.5 million people are still unable to return to their homes.

The internal displacement of people by capitalist-made ‘natural’ disasters is compounded by armed conflicts in many regions. Such conflicts account for around 10 million additional IDPs in 2020, equivalent to the population of the entire Greater London urban area. This barbarism is a symptom of the chaos sown by years of imperialist exploitation and militarism.

The three countries that contribute the most IDPs to this grim figure are the Democratic Republic of Congo (2.2 million new displacements), Syria (1.8 million), and Ethiopia (1.7 million). All bear the scars of imperialist wars and civil conflicts, with Ethiopia recently witnessing a new bloody crisis in the Tigray region. 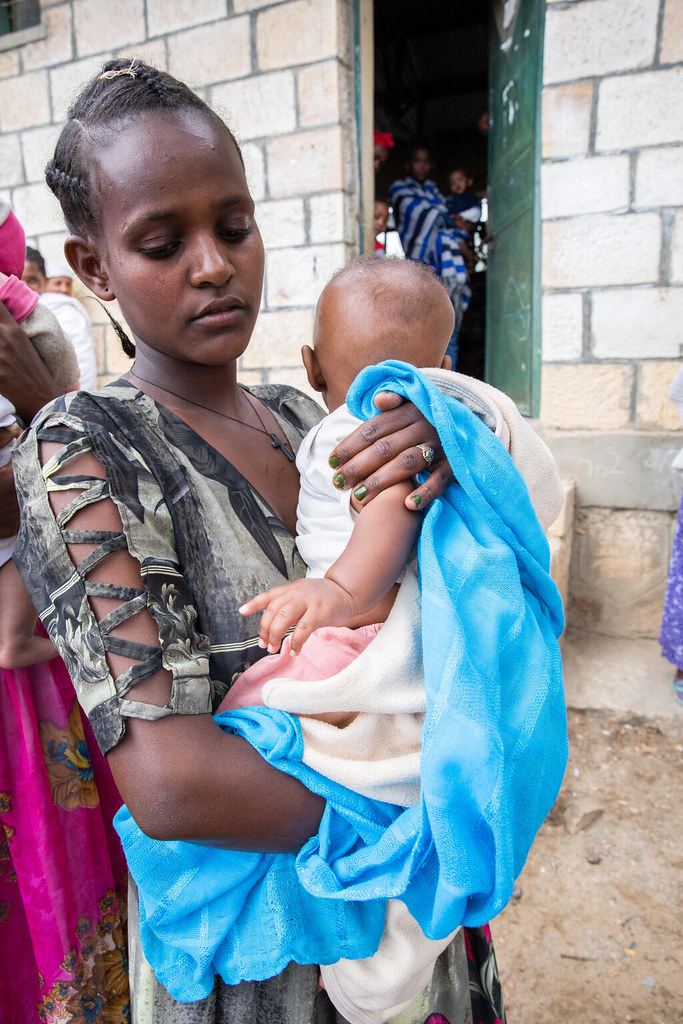 Meanwhile, in Yemen, a Saudi-led offensive (armed and supported by the USA and the UK) has caused ongoing devastation for six years. Overall, 3.8 million people are currently without any form of housing whatsoever – almost 15 percent of the country’s population!

And while the imperialists weep crocodile tears at this calamity, they still facilitate arms manufacturers reaping massive profits by crafting weapons for use in the conflict. The bleeding wound in Yemen is kept open by imperialism, which continues to feed barbarism on a world scale in its relentless pursuit of profit and market domination.

Aside from creating millions of IDPs, the hypocritical bourgeois politicians in the rich west complain of hordes of international refugees arriving at their shores, when in fact these people have risked their lives to escape a nightmare created by capitalist imperialism in the first place.

If being without a home, facing food insecurity and possibly living in a war zone is not enough for these 55 million people, they have to face all this in the midst of a deadly yet wholly preventable pandemic.

The pandemic is itself a driver of internal displacement, as people flee infection hotspots; or move to find work after losing their livelihoods due to lockdown measures. The latter particularly affects workers in the informal economy, particularly in poorer countries.

The pandemic itself is a major contributor to food insecurity, which affected a record number of people in 2020 (296 million, an increase of 111 million over the previous year). This in turn further drives even more internal displacement.

The pandemic has also led to many multiple displacements, where people already forced from their homes for other reasons are forced to move on again. For instance, in Syria, IDPs left homeless by the war are now fleeing refugee camps that are rife with COVID-19.

IDPs are also at greater risk of infection. Recommendations to remain indoors, or to wash one’s hands frequently, are a sick joke for people that have no home, or access to running water.

In Yemen, 45 percent of displaced people have reported at least one of their immediate family members having experienced COVID-19 symptoms. The lack of testing facilities means we have no idea how widespread the outbreak of the virus is in that country.

Displaced people – while being essentially defenseless against the spread of the pandemic – are at the bottom of the list of worldwide vaccination programmes. Even where vaccines are available, many do not have access to any sort of health facility or the legal documents necessary to obtain them.

As Engels explained, death by neglect and poverty is murder, just as surely as death by the sword or bullet. And what we are witnessing is the systematic murder of the most vulnerable people in the world by the combined result of poverty, war, and disease.

To cope with the ongoing crises, in 2020 the UN has called for $9.5 billion to address the urgent needs of people in 63 countries, including those of the 55 million displaced people.

Of course, $9.5 billion is small change when compared to the estimated $2 trillion that imperialist countries extract from poor countries in the form of debt. And yet the UN has so far managed to collect only 39 percent of this requested amount. The UK, for example, has slashed its foreign aid budget down to a mere 0.5 percent of GDP.

Yet bourgeois governments are more than happy to throw money at their own capitalists to maintain the flow of profits. For example, the lion’s share of the EU recovery plan, €312.5 billion, has been earmarked as grants for businesses. The UK has set aside £330 billion to support businesses throughout the pandemic. Biden’s latest and much-celebrated stimulus package put $110 billion directly in the pockets of American capitalists.

These ‘investments’ would be more than enough to satisfy the ‘urgent needs’ of the world’s poorest people. But why spend money to feed and shelter people, whose displacement the capitalist system has caused, when you can line the pockets of the capitalists themselves?

Were US President Joe Biden to divert the ‘aid’ the US gives to Israel and Saudi Arabia, money used to destroy the lives of millions of Palestinians and Yemenis, such a sum alone would meet the UN programme’s estimated cost of dealing with IDPs several times over.

Apparently, under capitalism there is plenty of money to spare for chaos and destruction, but not enough to feed and house its victims.

No future under capitalism

In fact, there is more than enough wealth to provide a home and a decent existence to everyone on Earth. Unfortunately, this rotten capitalist system and its political representatives have set about plundering the planet, and leaving a trail of misery and want in their wake. Profit is their only interest. Everything else is expendable – including the lives of 55 million people.

Lenin famously said that “capitalism is horror without end”. To be sure, the tragic and dramatic events in 2020 are a foretaste of what everyday reality could look like under capitalism in the next decade for millions of people, unless the system is overthrown.

There is no future under capitalism. The only hope for the masses of youth and workers around the world today rests in fighting for the socialist transformation of society.