Several hundred workers demonstrated through central London yesterday (Tuesday 26 February) to demand an end to outsourcing and precarious work. The IWGB, PCS, and UVW unions led joint strike action to bring out cleaners from the University of London and facilities workers from the government Department for Business, Energy and Industrial Strategy, and the Ministry of Justice. They were joined by outsourced workers organised by the RMT, and many student supporters.

The demonstration heard from workers, activists and politicians at various stops outside the University of London, the Houses of Parliament, the MOJ, and BEIS. The demonstration also stopped outside the Royal Courts of Justice in a show of support for the IWGB union whose case against the University of London demanding recognition of the union for collective bargaining was being heard that day.

One RMT member, an outsourced cleaner, spoke to us about why she had joined the demonstration:

“I’m here because I’m facing the same thing as the people who are part of the IWGB and the PCS. The outsourcing company that employs me treats me like sh*t really, they treat us like animals. They try to take our holidays, our sick pay. I’m a cleaner and they won’t give me gloves to clean with. It’s not right. So we all have to stick together and do something about it. Let them know that we need to be taken seriously.”

In the manner that has become typical of this coalition of militant unions, the demonstration marched through central London despite having no permission from the police to do so. Drums and chanting all contributed to the militant atmosphere. Recent wins for workers’ campaigns at London universities have given enormous confidence to outsourced, low-paid and precarious workers.

The day was a big success, but there’s still plenty to be done to build this campaign. The same RMT member explained that some of her colleagues were unwilling to come out and demonstrate against outsourcing:

“For the cleaners, some of us are scared. They don’t want to come out because they’re being bullied by the company. It’s bad vibes – they don’t want us to come out. But for me, I have to put my foot down and say I’m not coming in today, even though I know that means I’m not getting paid for the day, but I don’t really care. I have to come out.”

The way forward is combined and militant action. Joint action like this between all unions representing workers in similar circumstances is inspiring and powerful. As well as days of action like this, joint committees including representatives from all the relevant to develop militant strategy for the struggle should meet regularly. The TUC has something to learn from the example being set by this coalition of unions.

Everyone is entitled to a decent, stable job and a decent wage. There’s enough wealth in society to provide that. We need militant unions to lead our struggle to win this. And we need political leaders who can secure what we win. Corbyn has promised to abolish zero-hours contracts and improve rights for workers, we need to get him elected and hold him to that promise. Capitalism is a system that puts profits before workers’ rights. We need a system that puts need before profit: we need socialism. 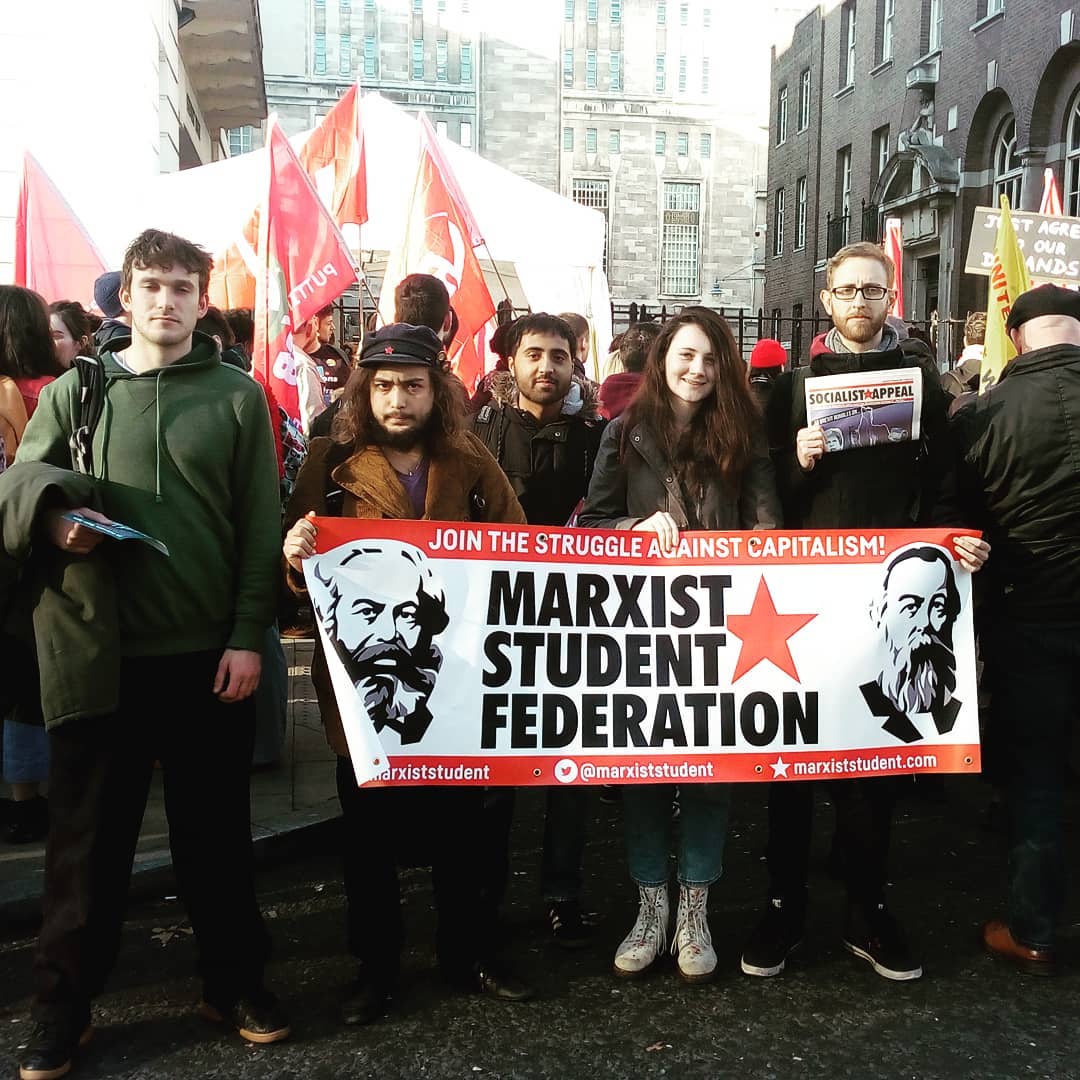