Week Three – From Windrush to the Refugee Crisis (British Racism)

“In this community, for these kids, everything is the same as 1985. How often they get stopped and searched has actually gone up. Unemployment against young people has actually gone up since 1985. Getting kicked out of school is the same or similarly high to 1985. Nothing has improved.” – Community organiser in the wake of the riots after Mark Duggan’s murder 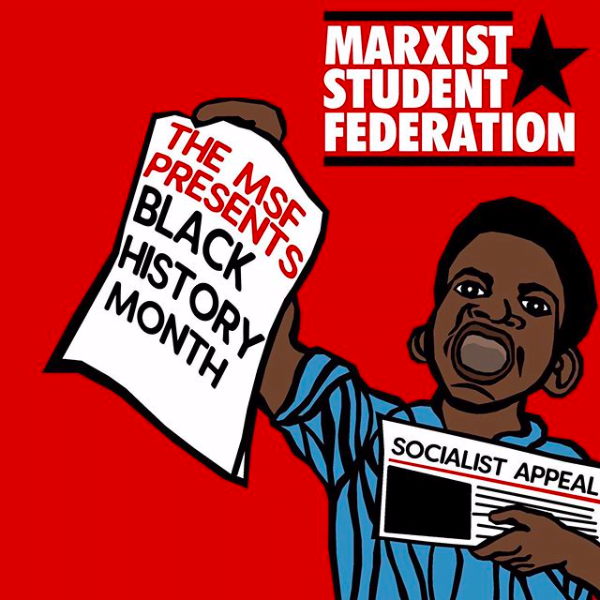 The Marxist Student Federation took the time, throughout Black History Month, to learn and teach about the black struggle. From meetings to articles, videos and infographics, we tried to delve into the oppression of black people and how to get rid of it. Black history is not something which can be understood quickly, therefore we spent every day posting. Here are the posts we made during week three. This week discussed black British history. As the BLM has called ‘the UK is not innocent, find out more below!