Workers and students unite and fight: Marxist students on the TUC demo 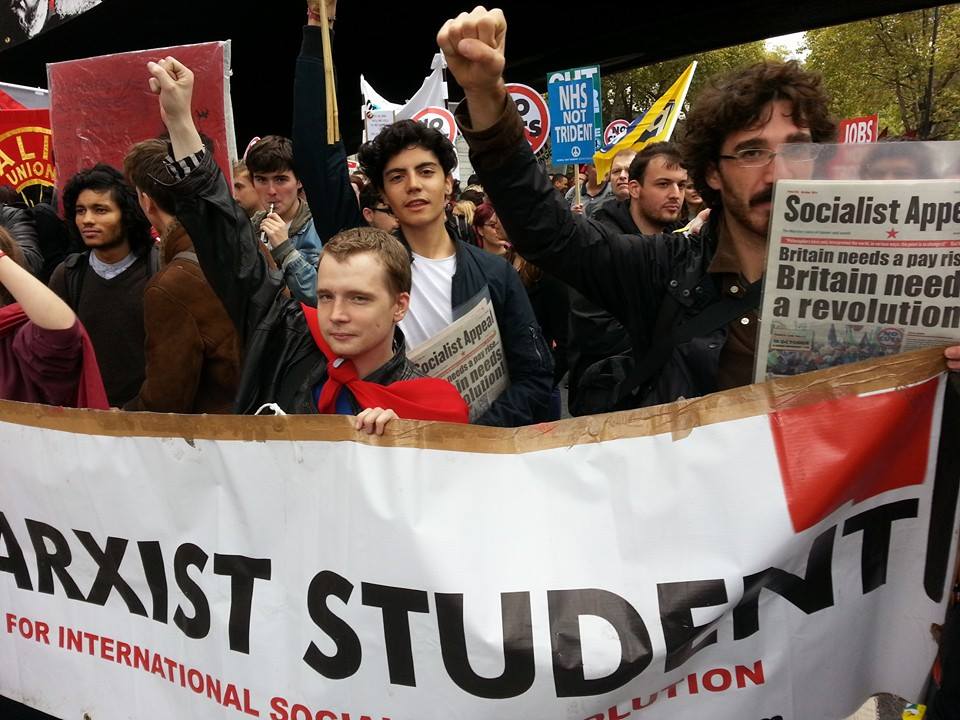 With banners, fists and voices raised high, the Marxist Student Federation rallied the largest number of student Marxists yet to join our voices with those of increasingly disgruntled workers at the national TUC demonstration ‘Britain Needs a Pay Rise’ this weekend.  With students present from Leeds to Sussex, from Sheffield to Southampton as well as a strong presence from London and elsewhere, there was a sea of new revolutionary faces that had joined Marxist societies in the last few weeks, eager to raise the Marxist Student banners with those of the Trade Unions.

With over 60 students in the ranks of a lively section of the demonstration, chants were born and revolutionary ideas banded as high as the many banners, which demonstrated in and of themselves the expansion of the MSF across the country in the last year.

The numbers of student members at the demonstration this weekend marks a qualitative step forwards for the MSF, proving that people aren’t interested in half baked ideas that account for none of the symptoms of the crisis of capitalism, but a Marxist explanation of the rotten causes of austerity that lie, of course, in the failure of capitalism to provide anything like decent living standards for the majority of people.

Marxist students at the demonstration this weekend were arguing for a pay rise alongside the TUC, but we were also making the case for the necessity of a revolution in Britain – this is the only way a pay rise can be guaranteed for workers and not taken back at the whim of the bosses.  This is an idea that has been explored in Marxist societies up and down the country and the rationalism and logic behind such an openly Marxist platform has attracted a large layer of radicalised students to the MSF willing to put ideas to the test at the 80,000 strong Trade Union demonstration. 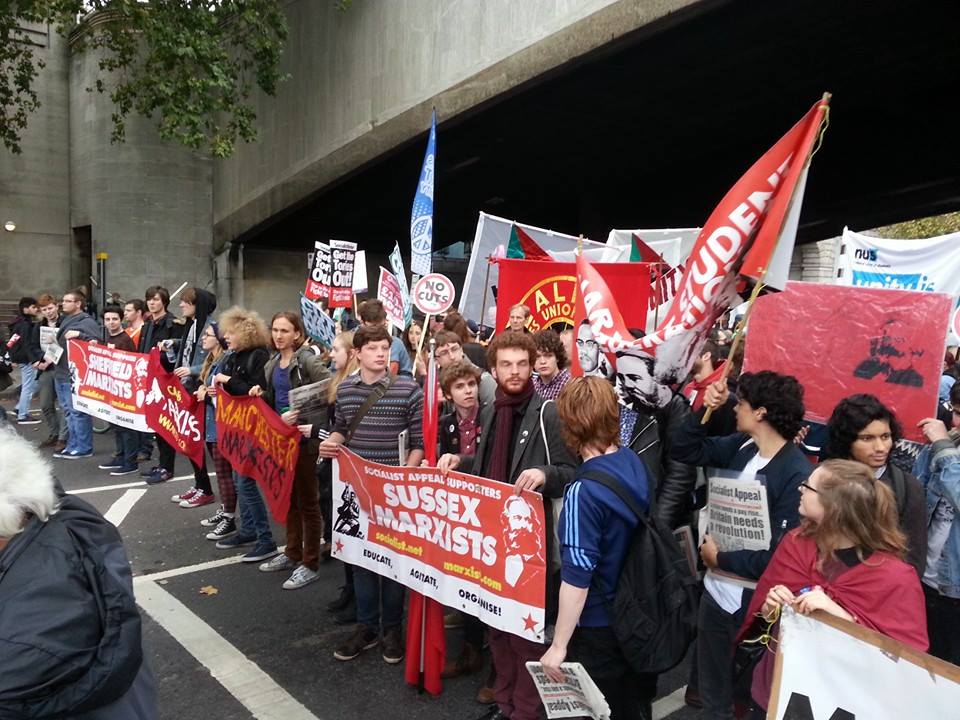 And yet these are tentative steps for the MSF.  This is by all means only the beginning of a rapidly accelerating movement of students looking for an alternative to imposed austerity measures, university fee hikes, slashes to funding, and extortionate rent.  And that’s looking at the problems facing those who wish to enter higher education in the narrowest sense possible.  Students face the brunt of low paid casualised labour too as more and more young people take on part time jobs alongside their studies in order to afford rent.

The fight for a pay rise is one that must necessarily be fought by both workers and youth.  But, as MSF members would have informed you at the TUC demonstration, it is not enough to just call for a pay rise – we must explain how we can win and maintain it.  With the ever increasing cost of living, sky high rents and very few job opportunities despite what the Tories might have us think, a pay rise would only hold back the tide of poverty for a fleeting few years at best.  What then?  Should we pick up the banners and take to the streets and demand another short blast of respite in the few pounds extra granted from the well lined pockets of the capitalists?  Marxist students say no! 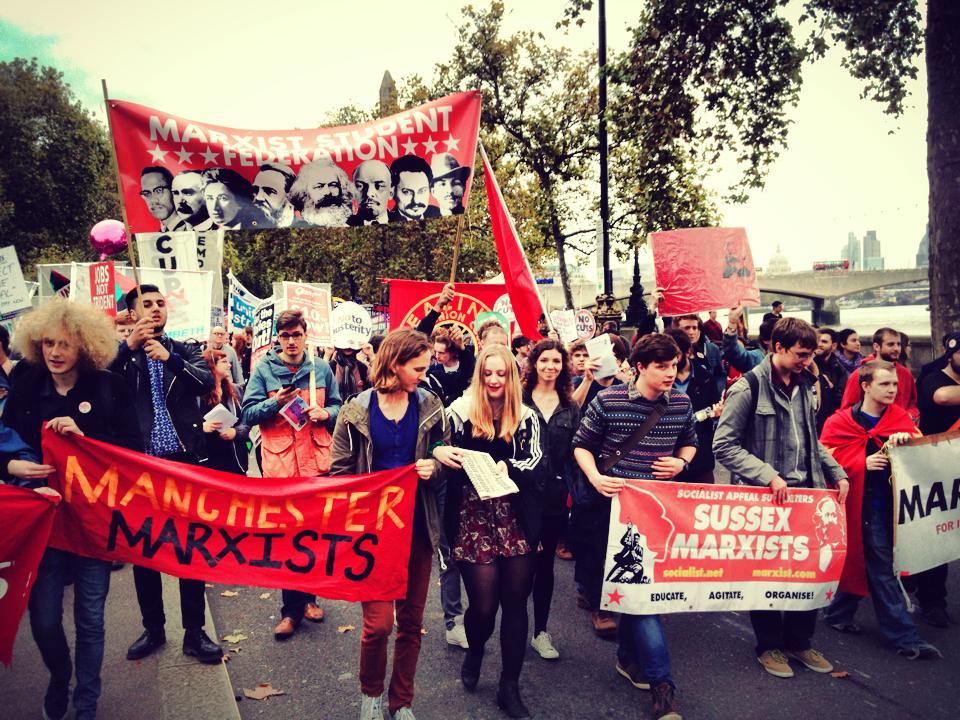 The majority of people should not have to scrape what crumbs are left after big business has leeched the majority of wealth into profits and private pockets.  We are in the deepest crisis since capitalism’s inception; with anaemic growth and a still faltering global economy, governments across the world are forced to roll out austerity programmes dictated by the confines  of the capitalist system which can offer no other way out of crisis.

We should use the collective force of workers and youth to overthrow such an inefficient, unequal system and bring about a society that distributes the wealth that we are more than capable of producing for the benefit of the majority, not the minority.  We need to overthrow the staggering and crippled system that is crushing people with low wages and high prices.  We need a revolutionary programme that will unite us and make clear our common aim for fair opportunities and the eradication of parasitism in the economy.

All those who joined under the Marxist Student Federation banner this weekend understand that for Britain to get a pay rise, it needs a revolution!

What next for the MSF? 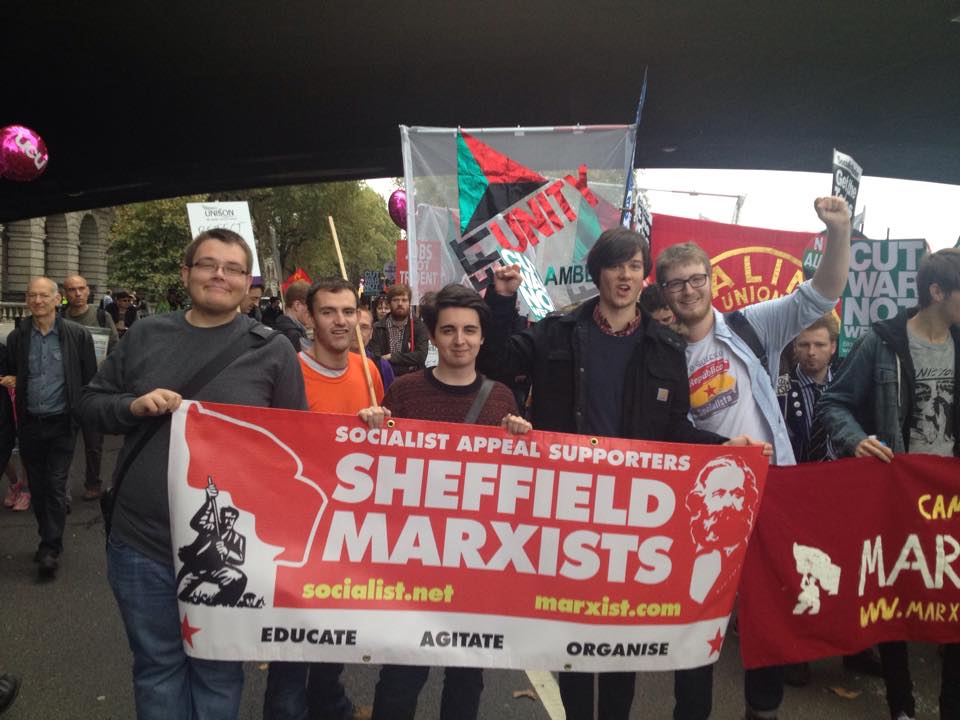 Marxist students’ next actions will be running for delegate positions for the NUS.  These campaigns will argue for a clear and tangible link between the struggle of the student movement with the struggle of workers.  These struggles are inherently united in what should be their common goal against the confines of capitalism that prevent widely accessible education and the ability to support a family on a full time wage, amongst the multitude of atrocities of inequality that capitalism is accountable for.

Far beyond the weak and meaningless ‘support’ that the NUS leadership supposedly lent the TUC demonstration this weekend despite not mobilising the student population, providing coaches or event information about the demonstration itself, Marxist students understand the integral links between students and workers that must be bolstered through words and actions of solidarity against austerity attacks. This is what the NUS should be doing and this is what Marxist student NUS delegates will be fighting for.  Look out for us on your campuses and vote for Marxist ideas in the student movement! 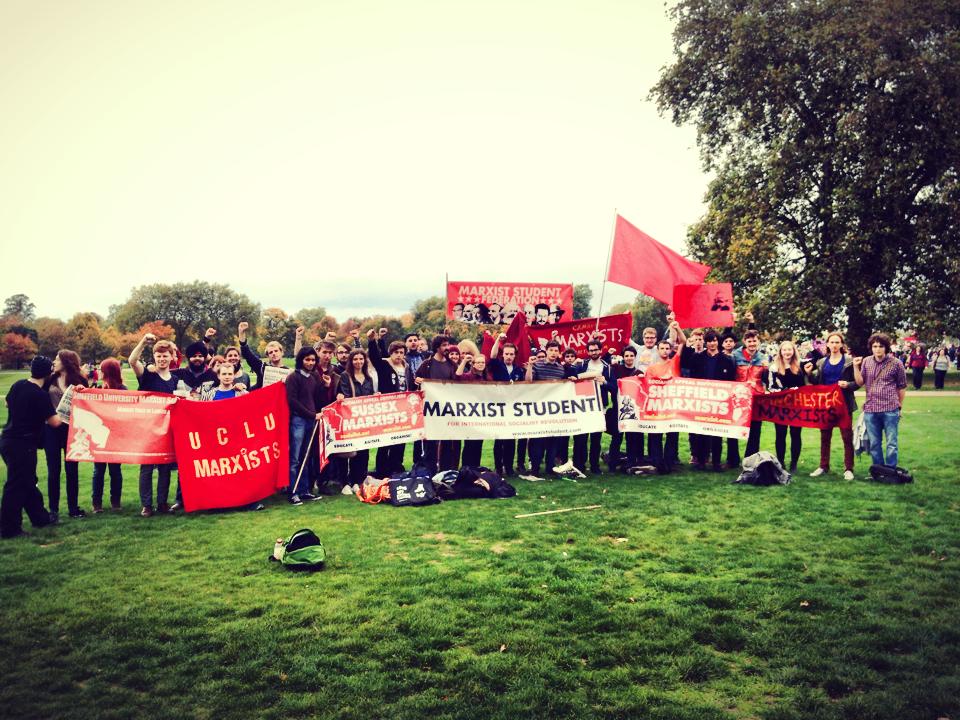