Up and down the country, we will be hosting meetings explaining why we are communists. Increasingly, people are becoming radicalised and looking for a way out of the current crisis. We believe that this way out is the ideas of Marx, Engels, Lenin and Trotsky. Being a communist is much more than a title, it is a will and desire to fight for a better world. This is what we do in the Marxist Student Federation. You can find your local Marxist Society here.

The word ‘communism’ is perhaps the most misunderstood word in the English language. And this comes as no surprise. From its inception, the communist movement has had a mountain of slanders and distortions heaped upon it by the defenders of the status quo.

In schools, universities, and in the media, we are told that communism means that everyone gets paid the same, that it means an end to individuality and free expression, that it means totalitarian control by a supreme ruler. And most common of all, that communism “has been tried and failed”.

A whole cottage industry has been created with the sole purpose of discrediting the communist movement, and the achievements of working class revolutions like the Russian Revolution.

And yet, none of this has managed to stem the tide. More and more young people are being drawn to the ideas of communism. In the USA – the ‘belly of the beast’ of world capitalism – more than a third of young people have a favourable view of communism. 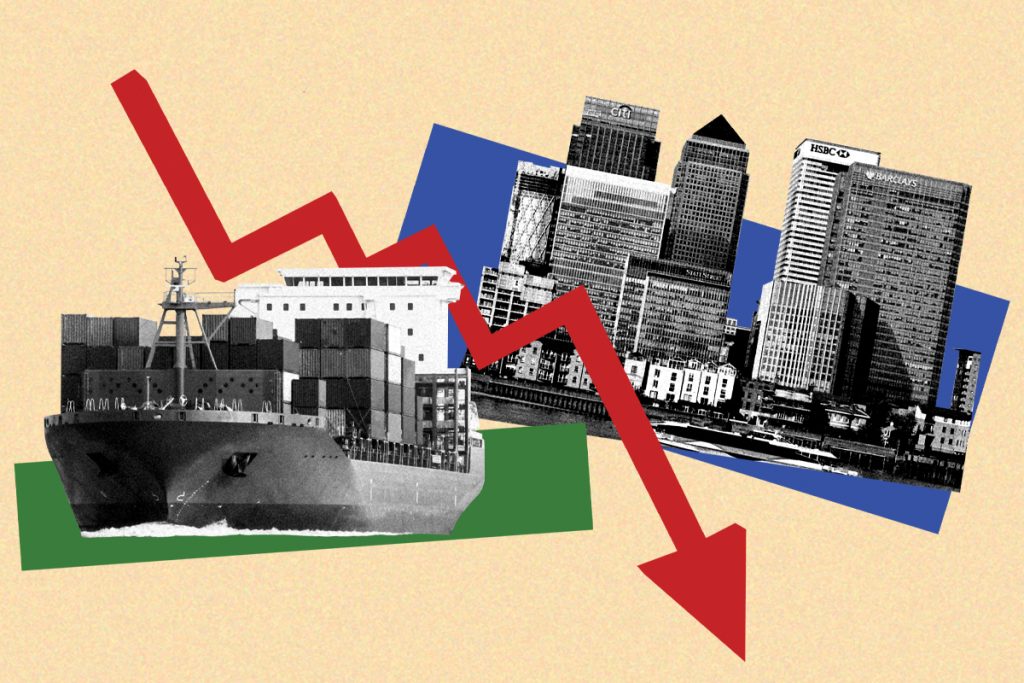 The explanation for this is very simple. This generation of young people have grown up knowing nothing but crisis, instability, austerity, and climate catastrophe. Everywhere we look, we see war, hunger and poverty.

In Britain, we have a cost of living crisis biting into workers’ wages, alongside an offensive against pay and conditions by the bosses, who want to make the working class pay for the crisis.

Yet at the same time, the capitalists have seen their profits grow enormously on the back of the pandemic, the war in Ukraine, and price inflation.

In Capital, Marx long ago pointed out that under capitalism:

“Accumulation of wealth at one pole is at the same time accumulation of misery, agony of toil, slavery, ignorance, brutality, mental degradation, at the opposite pole.”

And rather than just pointing the finger at this or that politician or policy, young people are beginning to correctly draw the conclusion that the root of the problem is the capitalist system itself.

This interest in communist ideas will only continue to grow, as capitalism continues to plunge the world into crisis and intense class struggle. The ideas of communism are the ideas of the future. History is on our side. 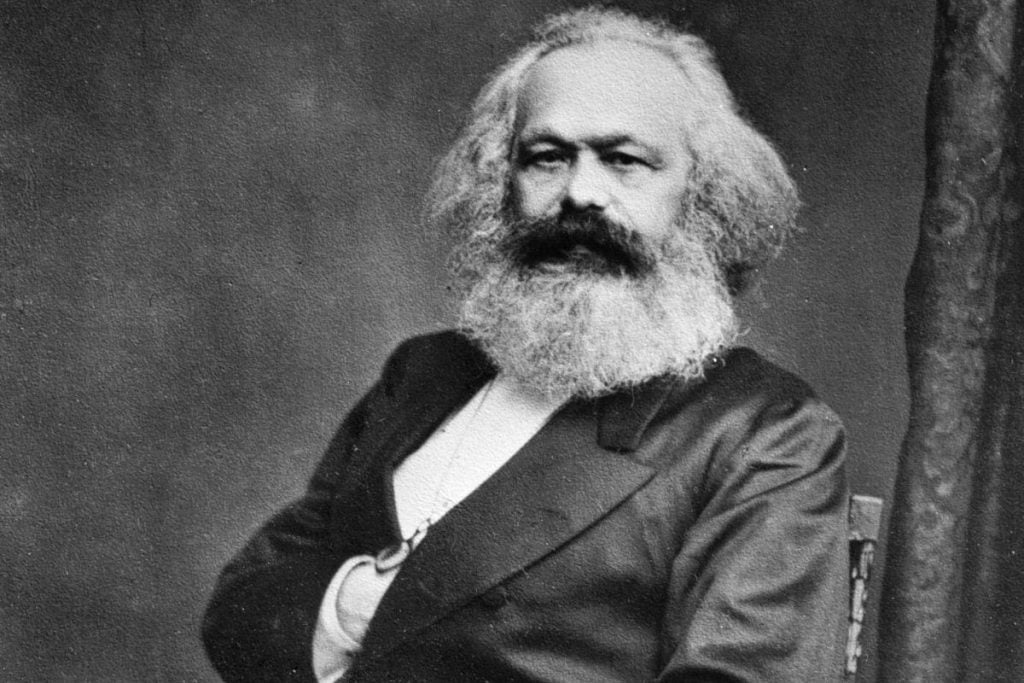 For Marxists, communism is not an ideal picture of what we want the world to look like. Nor is it a detailed blueprint of how to run society. Communism is, to use the words of Marx, “the real movement which abolishes the present state of things”.

Marxism is a scientific way of viewing the world. We begin by analysing the real developments that have taken place under capitalism, and the forces which are driving the system into crisis.

Under capitalism, we have seen an enormous development of the means of production. We have massive high-tech factories and modern large-scale farming that are already capable of providing a decent standard of living to each and every person on the planet.

But these means of production are held by a handful of parasitic monopolies, who are interested in one thing and one thing only: profit.

Instead of being used to satisfy the needs of the majority of society, the means of production are used to maintain the wealth and privilege of a tiny minority. Such is the logic of capitalism.

What’s more, despite the levels of meticulous planning that goes on within these giant monopolies, once their goods are produced, their distribution is left to the blind, anarchic forces of the ‘free’ market.

Therefore, we are faced with a chaotic, unplanned, irrational system – one where starvation and misery exist alongside overproduction and waste; where the unemployment of some exists alongside the hyper-exploitation of others.

All of this shows that capitalism has entered into terminal decline, and is dragging society – and the planet – down with it. 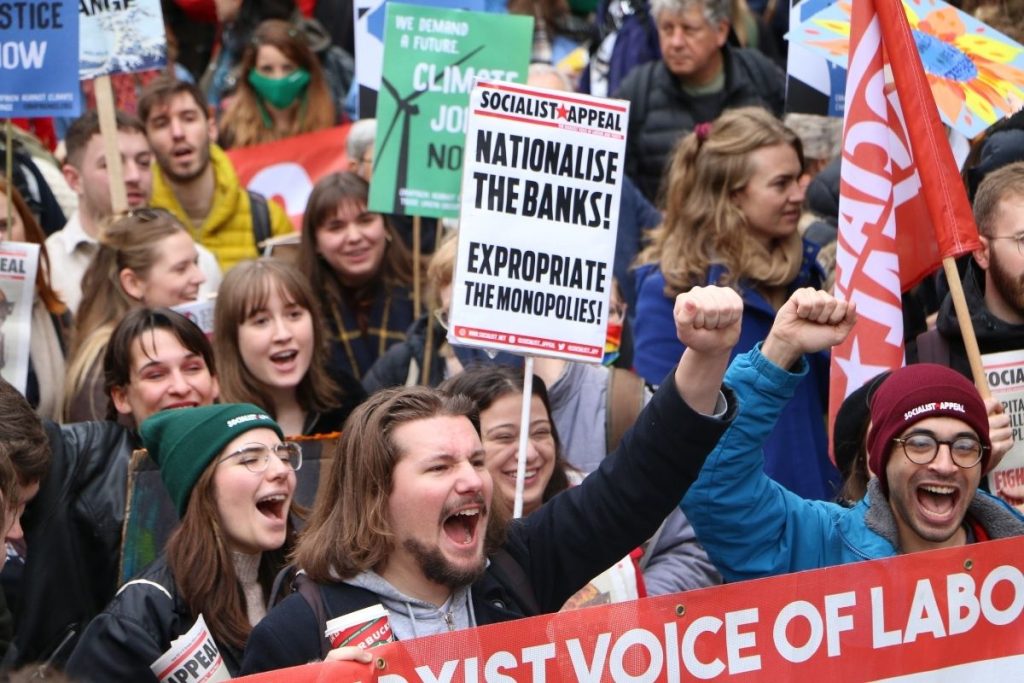 To assure a full and dignified existence for the whole of humanity, and to prevent society from being dragged into barbarism, it will be necessary to take the means of production out of private hands – to expropriate the capitalist class. This means nationalising the key levers of the economy and putting them under democratic control.

As history has proven to us, this cannot be achieved bit-by-bit through parliamentary reforms. Instead, a revolutionary struggle will be required to forcibly remove the capitalist class and smash its repressive state apparatus.

The only force in society capable of carrying out this revolutionary transformation is the working class, which is now the largest class in every society, and crucially holds the key levers of the economy in its hands. Once mobilised, the working class can bring society to a standstill if it so pleases.

Once we are able to use the means of production according to a rational plan, we could provide everyone not just with the necessities of life – food, healthcare, good quality housing, etc. – but also with high quality education from cradle to grave. On this basis, science and culture would develop to unimaginable heights.

Automation and technological innovation could be used to reduce our workload and increase our leisure time, rather than leading to unemployment and drudgery as it does today.

Once we reach a state of communism, class divisions would have become a thing of the past. And with that, the state – an instrument for the suppression of one class by another – would also lose its purpose and wither away.

But in order to get from A to B, capitalism needs to be overthrown on a world scale. Socialism is international or it is nothing. Since this cannot happen all at once, a transitional period of socialism will necessarily form a bridge between revolution and communism.

In this transitional period, a workers’ state will be required to defend the gains of the working class from the forces of reaction. 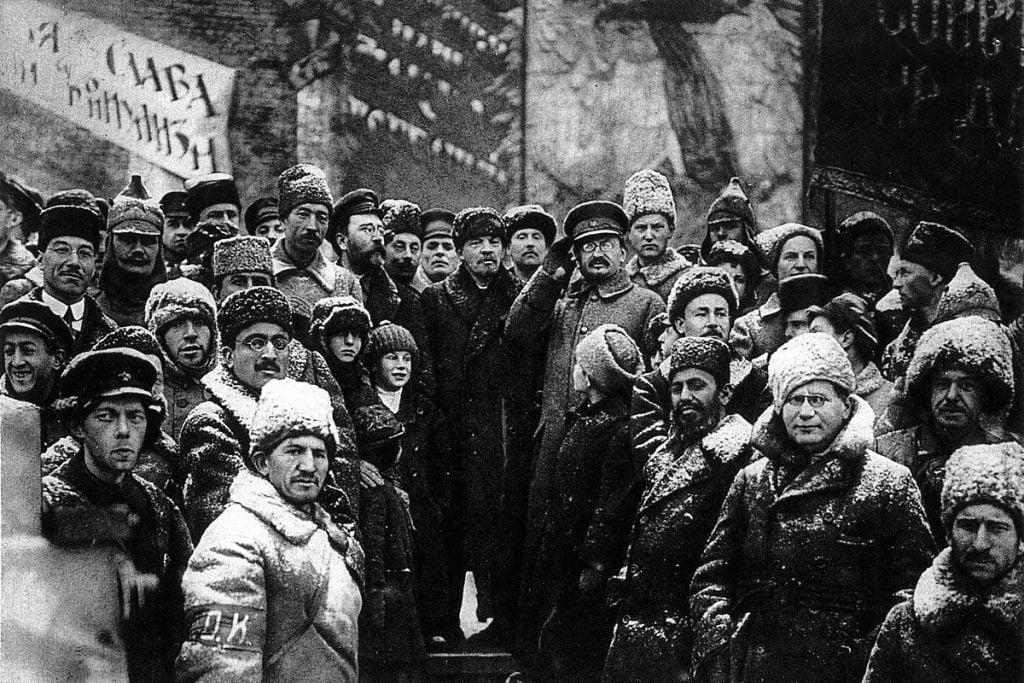 But how do we achieve all of this? To answer this question, it’s necessary to look back at the history of the working class movement.

There have been many attempts by the working class to seize power and transform society along socialist lines, stretching all the way back to the Paris Commune of 1871. However, few of them have been successful.

In fact, the only time in history when the working class has succeeded in seizing power and holding onto it was the period following the 1917 Russian Revolution.

In the years following the revolution, many significant gains were made by the working class, including economic planning, workers’ control of industry, and genuine democracy based upon a system of soviets or workers’ councils.

Giant leaps were made in the sphere of social and political rights, including the right to abortion and the right of self-determination for oppressed nationalities. Over a century later, so-called ‘liberal’, ‘democratic’ capitalism has proven itself incapable of guaranteeing such rights.

In this struggle, a decisive role was played by the Bolshevik Party – led by Lenin and Trotsky – which guided the masses to victory. Revolutions will happen whether we are ready or not, but without revolutionary leadership, a successful socialist revolution is out of the question.

As communists, we base ourselves on the rich lessons of the Bolshevik tradition because theirs is the only method that has been proven to work. 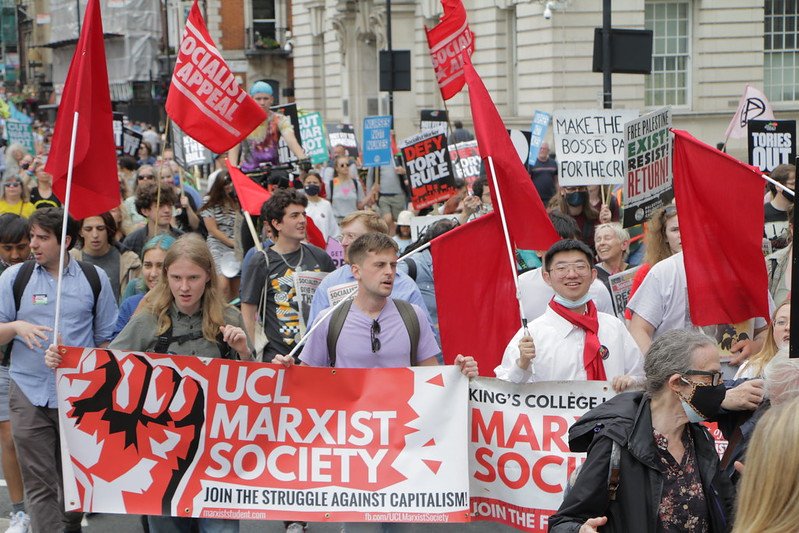 Lenin and the Bolsheviks understood the paramount role that Marxist ideas play in building the revolutionary party. As Lenin famously remarked, “without revolutionary theory there can be no revolutionary movement.”

As such, the foremost task for communists today is to study the ideas of Marxism, which alone can explain the turmoil before us, and point the way forward in the class struggle.

Only by steeling ourselves in revolutionary ideas can we intervene in the class struggle as communists, capable of winning the confidence of our class and leading it in revolutionary struggle.

This is what we are striving for at the Marxist Student Federation. It won’t be easy, but this is the task that history has set for us.

A period of intense class struggle, of revolutions and counter-revolutions, is already opening up before us. We can’t afford to lag behind – we need to seize every opportunity to build the forces of Marxism.

The future belongs to communism, but we need you to help bring that future into being.

Share this article!
Categories: Marxist TheoryWhy we are communists