Their Education and Ours: fighting capitalist cuts with socialist revolution

On a global scale young people and workers are under attack by the rich and the establishment, who are keen to protect their profits and their position at the top of society. This is the result of a crisis of the capitalist system, which has exhausted its potential to develop society and now must cut back on all the things it was able to provide to improve people’s lives in the past.

One of the things under attack in Britain is education. This is an area that has, in the past, been closed off to the capitalist market and has been run according to need more than profit. But as capitalism thrashes around trying to get out of this crisis it will blaze a trail into previously untouched sectors of the economy, such as schools, colleges and universities. This explains the Tories’ excitement at the thought of tuition fees, student debt and privatisation of education.

For those of us fighting to protect our education, we have to aim our fire against the capitalist system as a whole because it requires attacks on students in this way. We need to fight every attempt at privatisation, every closure and every cut with militant action and, most importantly, with socialist ideas. When we argue for free education available to all, and for massive investments in schools and universities, we need to explain that capitalism can’t provide these things: what we really need is a democratically planned, socialist economy that is run for the needs of the 99%. The wealth exists to change the world for the better, we need to build a working class movement that will wrest control of it out of the hands of the bosses. A revolutionary outlook and a Marxist understanding of the world have to be the foundation of this movement.

One organisation thrown up by the student movement in 2010 was the National Campaign Against Fees and Cuts (NCAFC), which is currently publishing a pamphlet entitled ‘Their Education and Ours’. In this pamphlet NCAFC point out that we have a big fight on our hands when it comes to stopping austerity and fighting for free education. It’s a fight that Marxist students, NCAFC and other activists on campuses all over the country will be getting stuck into.

In any battle, it’s essential to know your enemy and NCAFC rightly slam the Tories, the rich and the multinational businesses that profit from education as the people we’re up against. Just as important as knowing who our enemies are is knowing how they think and why they do the things that they do. If we can understand our enemies then we’ll be able to predict their next move, and we’ll know what it is that motivates them and, by the same token, what will stop them. On this point the NCAFC pamphlet is wide of the mark.

NCAFC write: “The Tories have a clear ideological vision for what education should be, and they will pursue it ruthlessly”. This is a very popular idea among some political groups but it’s one that isn’t quite right. While it’s true that the Tories are ideologically very objectionable, that’s not why they are attacking education. In the final analysis, the reason for austerity is that the capitalist system requires such attacks, and it would require them of a left-wing government as much as a right-wing one, as the example of the Syriza government in Greece proves.

This is an important point because it’s the difference between fighting for reform of a broken system or a revolution to overthrow capitalism and to build a new society. Marxists say that if you accept capitalism, in any form, then you must accept austerity, which is its logical conclusion. The pamphlet goes on to say “victory [for the student movement] comes in many shades”, but this isn’t exactly correct. There is no real choice between different shades of ideology within capitalism, the only choice we’ve got is between capitalism (and austerity) or socialism.

All of this is tied up with the question of how we actually achieve an “all out victory”, which includes free education, living grants for students, cancellation of debt, support for disabled students, better pay for staff and an end to racist policing of students. All student activists will be supporting this struggle, and clearly it must be linked with the broader struggle by the working class against austerity. But it must also be linked with the question of socialism and revolution. Every time we go on a demonstration, go into occupation, or join a picket line, we have to be looking for ways to strengthen our movement in terms of numbers and, crucially, in terms of political understanding and our arguments for socialism.

For example, we can point out that there is money sitting idle in the bank accounts of big businesses and wealthy individuals. This money should be used to invest in education, so that it can be provided for free. Our demand must be to expropriate this wealth and put it under the democratic control of ordinary people. Similarly, to bring down living costs for students the rip-off landlords should be expropriated and construction companies taken into public ownership so that good, cheap housing can be provided. Investment in research and development at universities should be centrally planned, under democratic control, so that it is done for need and not profit. In short, we need to think big and point out that our demands for free and decent education for all can only be met by striking fatal blows against the capitalist system.

It is this question, the question of a political programme for socialism, that is missing from the NCAFC pamphlet, which instead focuses on “educat[ing] a layer of activists in the specific details of government policy”. The meetings and campaigning work of Marxist students aim to do more than simply tell students that things are bad, a fact of which most of us are all too aware already. We aim to understand, explain and change things from top to bottom. We fight for socialist and revolutionary ideas, and we look forward to joining political activists all over the country at meetings, on demos and in the movement this term. 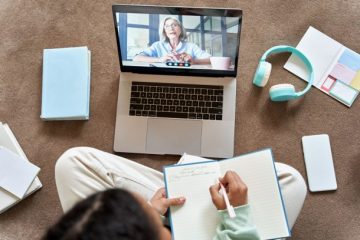