Strategy and tactics in student politics

Student politics is forever an interesting world. In 1959 Colin MacInnes spoke of the youth’s ability to overthrow the entire system in his novel ‘Absolute Beginners’, 9 years later in Paris when combined with the strength of the workers they almost did. Many of the Bolsheviks were exceptionally young, and throughout history the youth have been at the forefront of political change. One might therefore expect that, at a time when capitalism is in what is possibly its deepest crisis ever, one of the world’s largest organisations of young people, the National Union of Students (NUS) in Britain, would thus be a hotbed of revolutionary activity. But this is not the case.

There are plenty of issues that the student movement needs to tackle: increasing fees, soaring accommodation costs, the effects of the Tory Brexit chaos, the possibility of Scottish independence, and the only perspective for the future being a worse standard of living than that of our parents. And yet at times the NUS and local student unions appear consumed by identity politics, safe spaces, no platforming and student discounts.

Recently there has been a lot of talk from the NUS about fighting the privatisation of education. This is the right direction to take the student movement – an explicitly political and fighting one. The resulting campaign, which has been the NUS’s biggest for the last few years, is the plan to fight the marketisation of higher education by boycotting the NSS (National Student Survey). The campaign has had quite good publicity and has made the crucial political point that fighting privatisation in education is an urgent task – we need to stop and reverse the trend towards marketisation and make education freely accessible to all. But, to put it bluntly, the tactic adopted is limited in the extreme. The idea that a partial boycott of a survey, which provides some of the data for a mechanism that makes up part of the government’s plans for education privatisation, will hinder in the slightest a fifteen-year plan of Tory austerity and attacks on the working class, fuelled by an historic crisis of capitalism on a global scale, is wishful thinking to put it mildly. It’s the equivalent of fighting a bulldozer with a feather.

It seems like those leading the NUS and local student unions understand that a lot of students are angry – the Tories are hitting us hard and many people are outraged – but these leaders don’t really know how to harness all this anger into a fightback that actually changes things. At a student protest after the Trump inauguration a fellow coursemate said to me that he despised Trump as much as anyone, but what was this protest accomplishing? A few weeks later when a similar demonstration was called, he and 90% of the other earlier protestors had come to a similar conclusion and not bothered to turn up. The demonstration in November against fees and cuts saw 20,000 student protestors on the streets, whereas in the past there have been demonstrations of more than double that size. People are realising, as the years have gone by, that the effectiveness of this form of campaigning is declining rapidly.

The right-wing seize on this as evidence that students aren’t interested in politics and that student unions should be apolitical. But the opposite is true. It all comes down to a question of leadership. Students have reason to be, and are, very angry. They’re willing to fight. But it takes leaders who are willing to talk and act to fundamentally change the system to solve our problems.

The current NUS president who, whilst being a decent Left, has still achieved very little because she finds herself constrained by the criticism of the Right and is unprepared to do what is necessary to turn the NUS into a fighting force against the government. To do this she would need to base herself on radical ideas that strike right at the heart of the Tory’s privatisation agenda and the capitalist system that fuels it – not tinkering around the edges with boycotts of surveys. She would need to link up with the working class, whether this be through the trade unions, the Labour party or even casualised workers, because it’s these people who actually control the teaching, administrative and every other aspect of life at schools, colleges and universities. When this power is combined in its political ideas and organisational strategy with the energy and fury of students, such a force would be unstoppable.

Such a change would not be easy. The revolutionary Left needs to win the battle of ideas within the NUS and also to turn outwards towards the teaching unions, the unionised admin and support staff, and the casualised workers at our universities and colleges. We need to convince people, through words and actions, of the power of a movement based on unity between the working class and its most radical politics, and the student movement. Events in Britain and internationally are developing rapidly and providing us with plenty of opportunities to make our case. The NUS and its Left wing need to seize the moment to build a really radical movement with clear ideas and a clear strategy that can bring about really radical change. 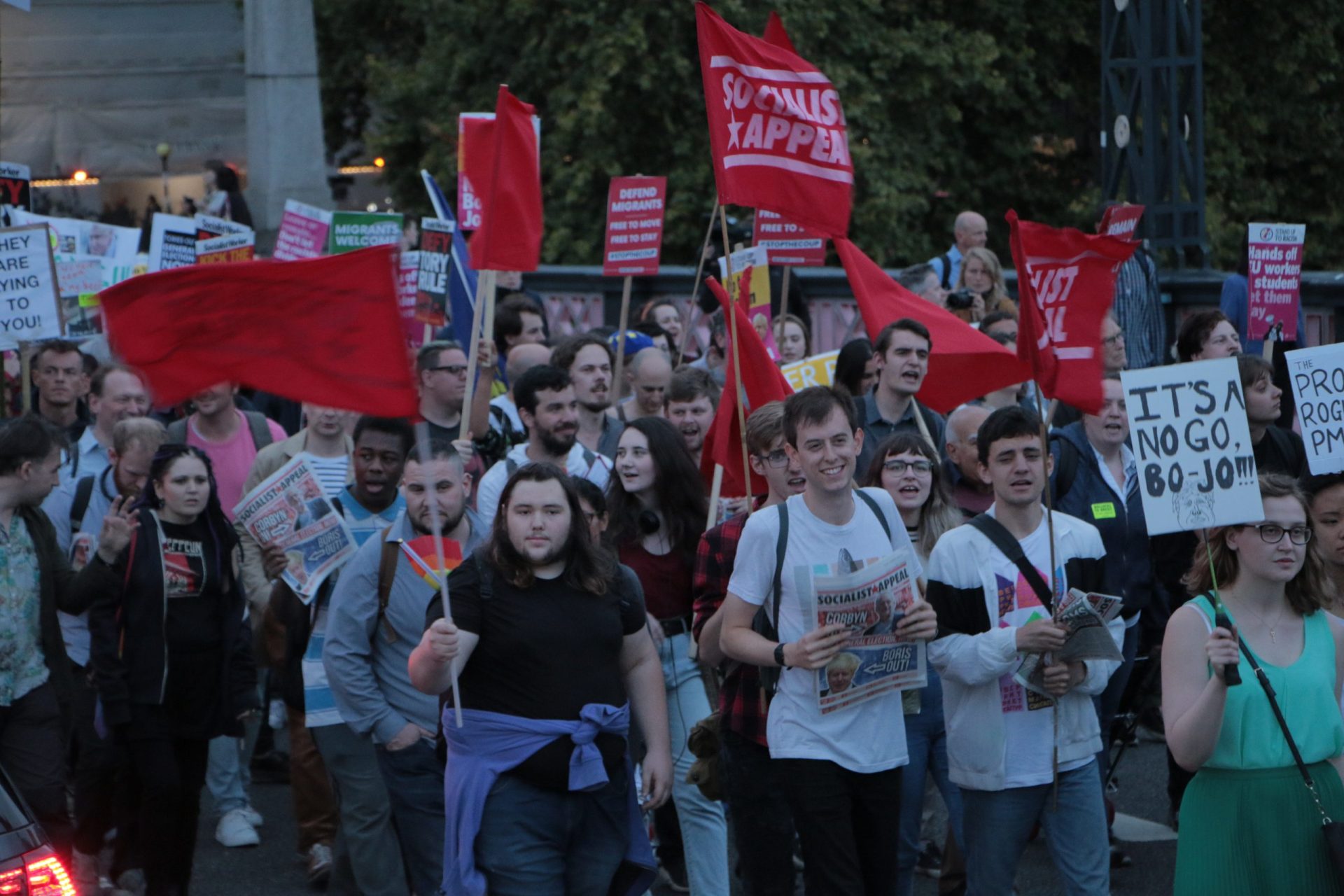