Solidarity with Sussex staff on strike

The dispute over pay between universities and the UCU continues today with a strike at the University of Sussex. While staff pay has fallen by 14.5% since 2009, the vice-chancellor at Sussex has a salary of £287,000. Throughout the HE sector 49% of staff are on insecure contracts and on average women earn £6,103 per year less than their male counterparts. 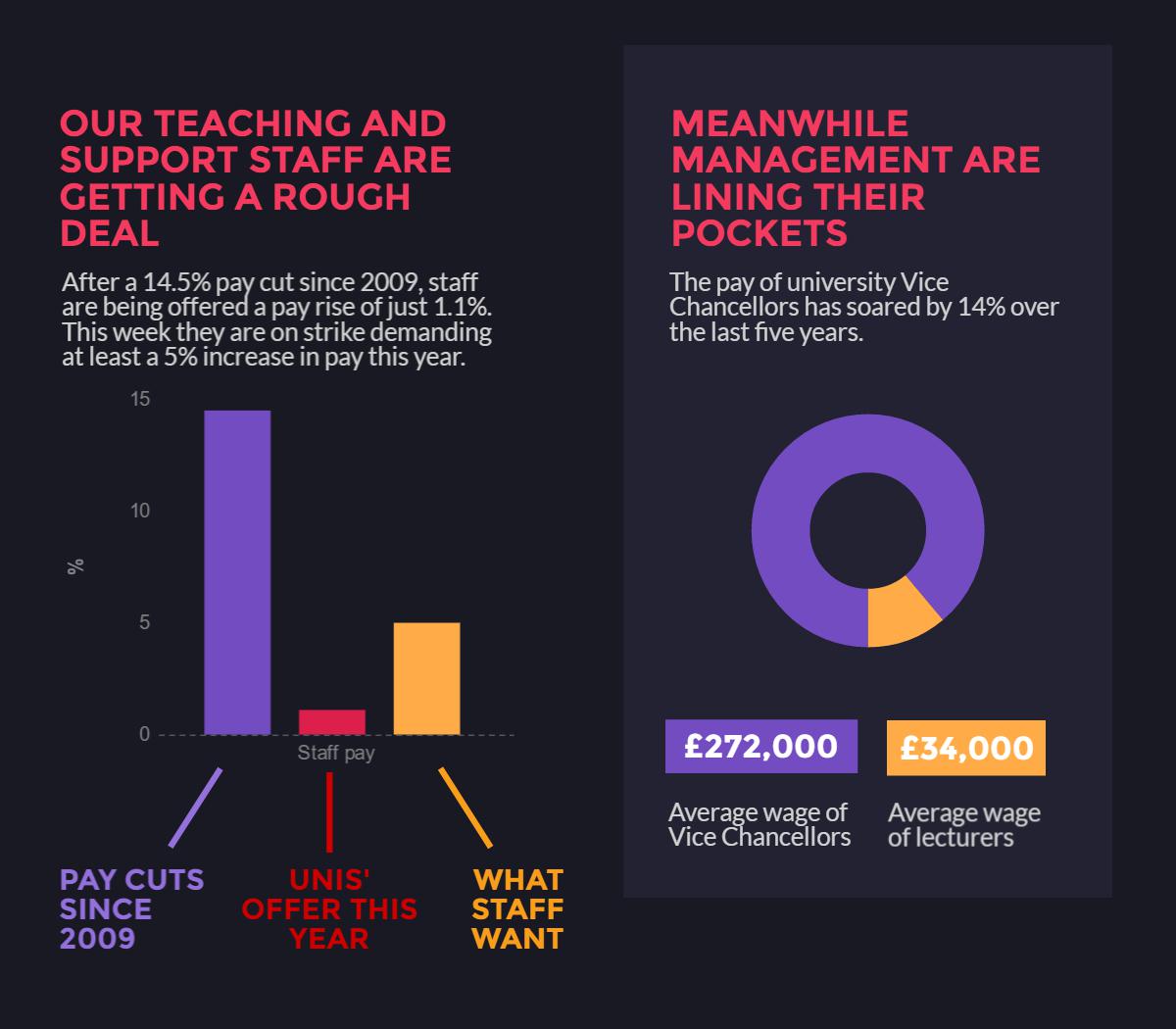 Only with a serious and militant campaign by the UCU can this dispute reach other unions in the education sector, and to unions in other sectors, so that united action in the form of general strikes can bring the government down, as the first step to putting an end to these attacks on public services and our standard of living.