Yesterday, on 12 June, SOAS Justice For Workers campaigners had decided that enough is enough, and bravely decided to take a direct action and occupy the first floor offices of the university management.

The action was decided on immediately after Elior, the outsourcing company contracted by SOAS, had issued a letter to its workers announcing the closure of the SOAS refectory and ‘kindly’ letting the workers know that they will be issued a “contractual notice of compulsory redundancy”. 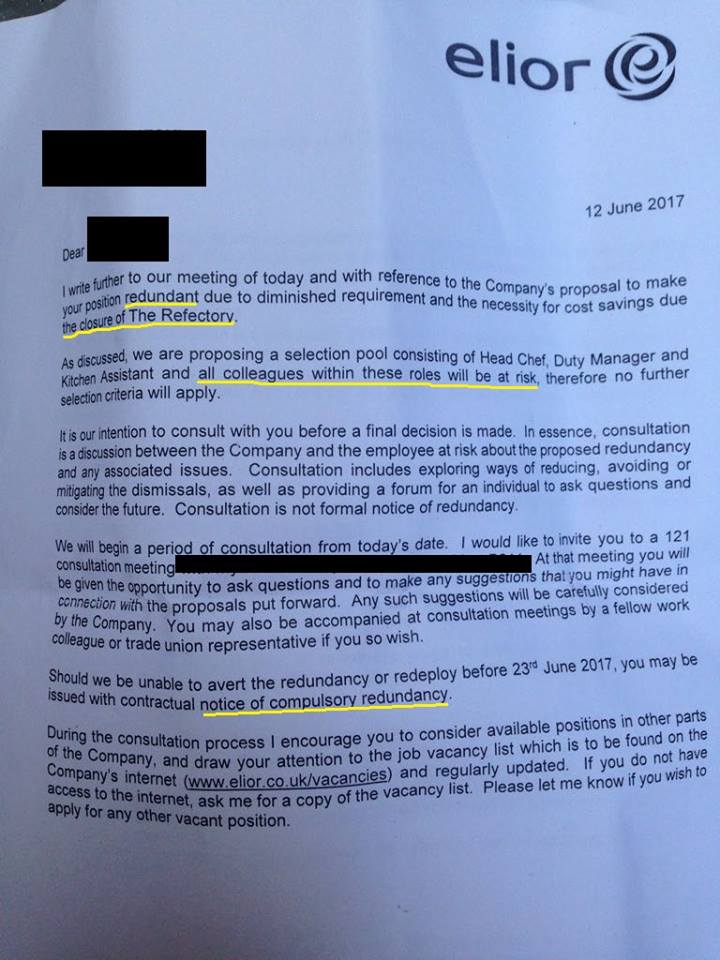 What makes that act even more outrageous is that it has all happened on the anniversary of the deplorable events of 12 June 2009, when 9 SOAS workers were invited for an early-morning meeting, locked up in the Djam Lecture Theatre, handcuffed by the UK Border Agency and forcibly deported.

Around 2pm on 13 June the J4W comrades had been locked out by the security, and were issued a threatening letter from SOAS management, calling on them to “vacate the building immediately, taking with you all your possessions.” In the event that the occupation doesn’t end “by the end of 13th of June” SOAS enigmatically says they will “instruct our solicitors to take an appropriate legal action.”

There is only one answer to the threats of the management: full support for the J4W struggle and not a single step back when faced with institutional violence. We fully support their demands:

There’s an emergency rally outside SOAS at 5pm today – event here – which we encourage everyone to attend.

SOAS Marxist Society will update the news as the situation evolves.