Dozens of UNISON comrades were out in force in front of King’s College London on Friday with placards and banners to protest the abuse and exploitation of cleaning staff at the university.

Cleaners at King’s College London have just received the worst ever Christmas present: individual letters warning that they are likely to be sacked or have their hours reduced under a restructuring of the workforce. This disgraceful move comes after King’s Estates already sacked 30 people last year following the introduction of the London living wage for all university staff.

Earlier this year 80 UNISON members signed a collective grievance over appalling working conditions, including lack of cover staff for sick and maternity leave; problems with payments and shortage of uniforms and equipment; and unmanageable workloads.

The latest threat to cleaning staff has come about despite every effort by union reps to negotiate an amicable way forward. Talks with management have broken down and 90 per cent of union members have now balloted for industrial action. 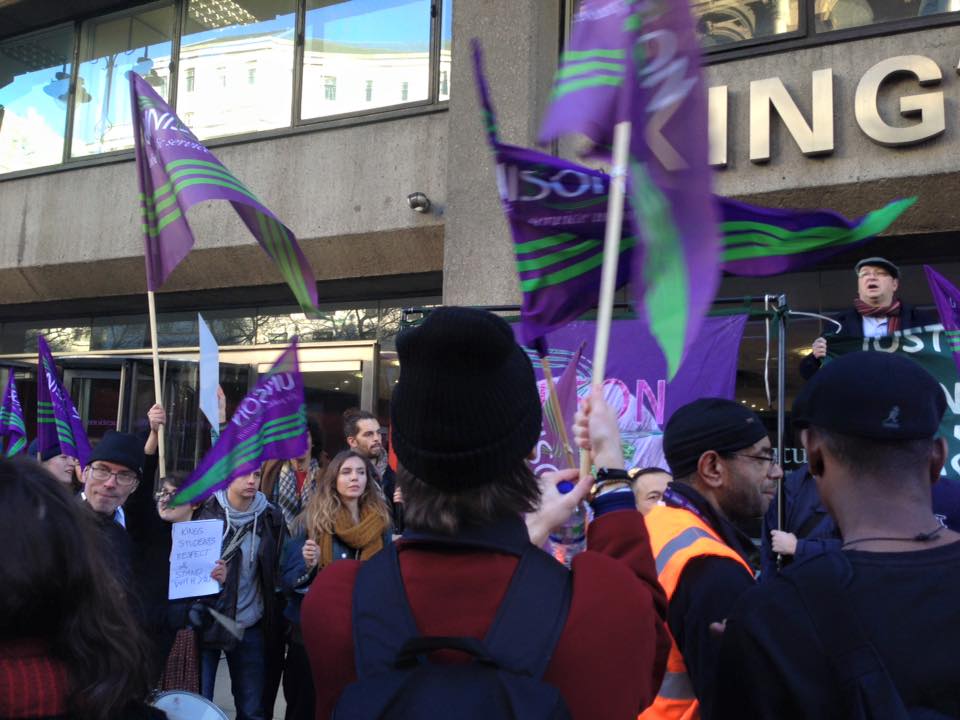 Between pay cuts for frontline academics, fee hikes for students and now this fresh round of layoffs, every aspect of working life at King’s is under attack from marketization and privatisation. Students and university workers – both academic and non-academic – have to stand up for our shared interests against the parasitic bosses.

The KCL Marxist Society visited the demonstration and extended the hand of solidarity to cleaners victimised by private contractor Servest – a company to which King’s has sold off much of its labour force. We fully support your cause and will join you in any proposed industrial action until your demands are met.

We insist that all King’s College London staff be brought back in-house and protected by local union branches. We further demand that they be paid a decent wage through the expropriated wealth of the fat cat bosses currently soaking up student fees.

If Principal Ed Byrne can earn £458,000 a year, King’s can afford to pay its workforce decently!

No to privatisation! No to mass sackings! Solidarity with UNISON comrades! 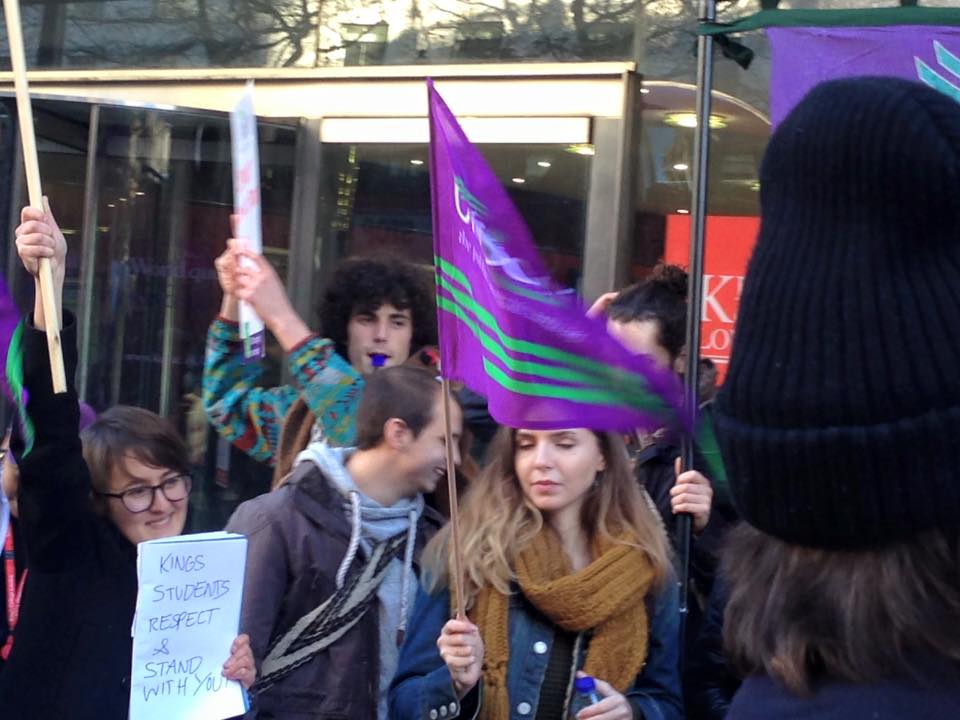 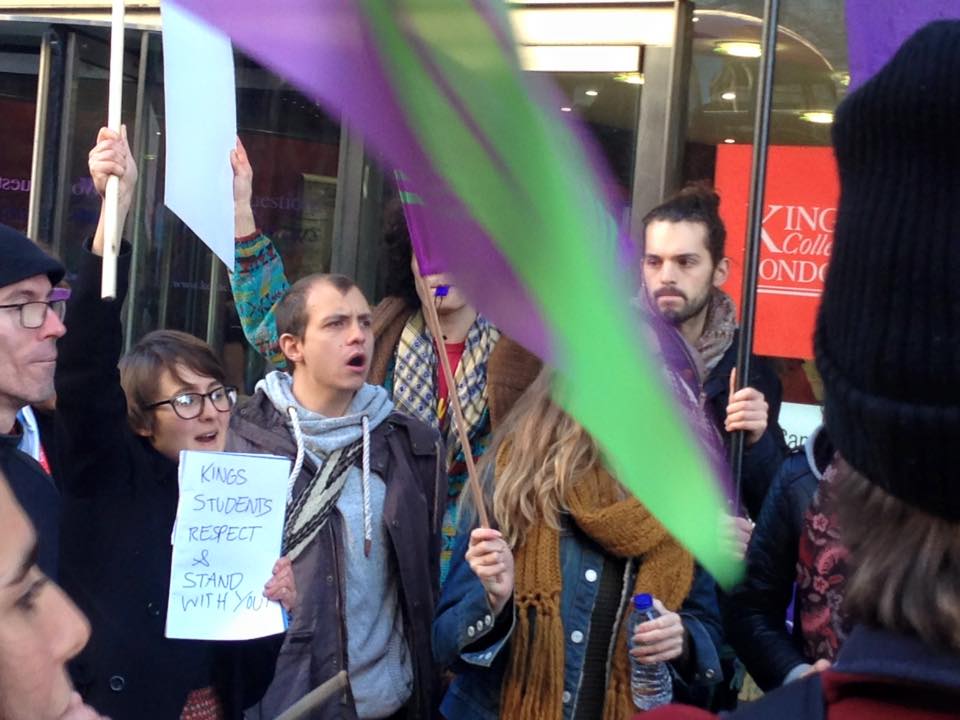