Report: Anti-Trident Demonstration in London – Down with Trident, down with capitalism!

On Saturday 27th February, tens of thousands of trade unionists, youth, and local activists gathered in London for Britain’s largest anti-nuclear demonstration in a generation, organised by the Campaign for Nuclear Disarmament. The Marxist Student Federation was present with a lively bloc near the front of the demo, alongside Socialist Appeal supporters selling the latest issue. 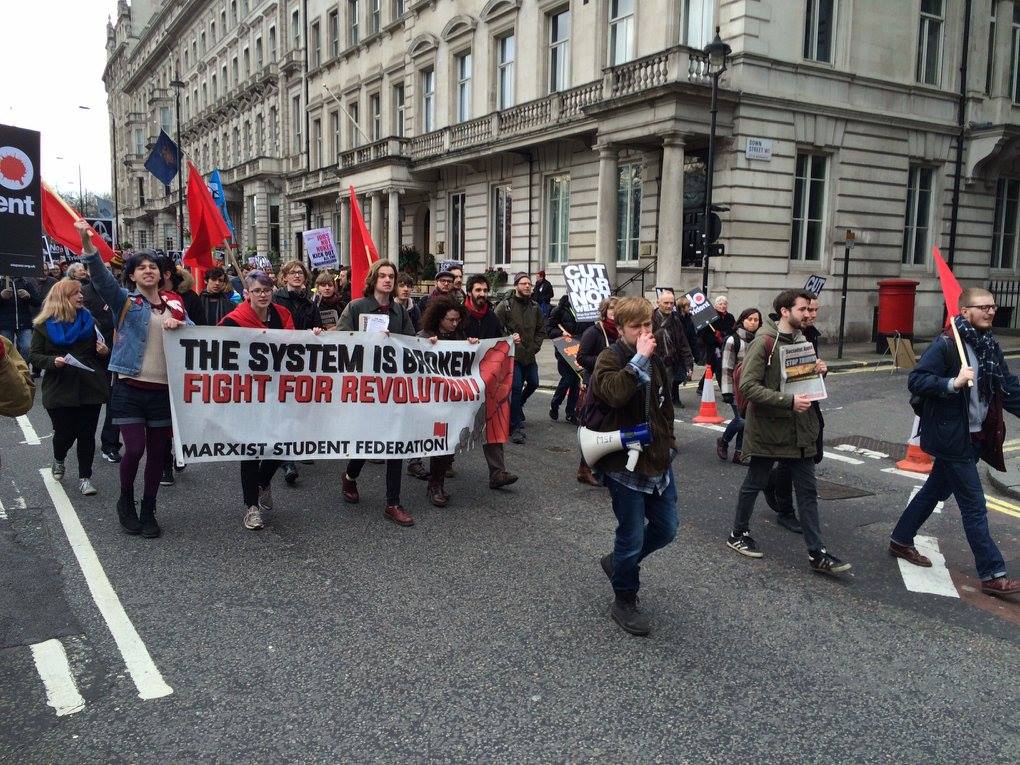 Once the march to Trafalgar Square finally started moving, we were one of the smaller but louder blocs and many joined in with our chants, which called not only for an end to Trident but for the socialist revolution as the only solution to the problems faced by the working class and youth. The attitude on the demonstration was one of huge anger towards the Tory government and towards the ruling class in general. One new comrade, on his first demonstration, described the day, saying that ‘being at the demonstration and seeing just how many people care about the global impact of a renewal of trident shows us that people desperately want radical change and we Marxists need to assist these people by raising the need for a revolution, which is the only way to effectively solve these issues created by capitalism. To meet the MSF comrades for the first time, from all over the country and a few from abroad, was a morale boost because it made me realise the potential of our organisation and I was able to learn from speaking to them as well.’

Almost everyone we spoke to at the demo, however, knew that it would be impossible to prevent the renewal of Trident under the current Tory government. One protester, who bought a copy of Socialist Appeal, was especially disillusioned. She said ‘I know that the Tories will renew Trident and in a way I feel that this demonstration is useless. But I still feel like I have to do something.’

For people like her, Corbyn, who joined the CND when he was sixteen, represents hope for a nuclear free future. Corbyn, despite attacks from Blairites within his party who attempt to use his support for CND to sabotage him, spoke at the demo in Trafalgar Square, where he called for not only an end to Trident but also implicitly for an end to imperialist war. He said ‘We live in a world where so many things are possible. Where peace is possible… You achieve peace through democracy, through respect for human rights, through ending inequality, through sharing resources. You don’t achieve peace through planning for war and grabbing each other’s resources and not respecting human rights.’ 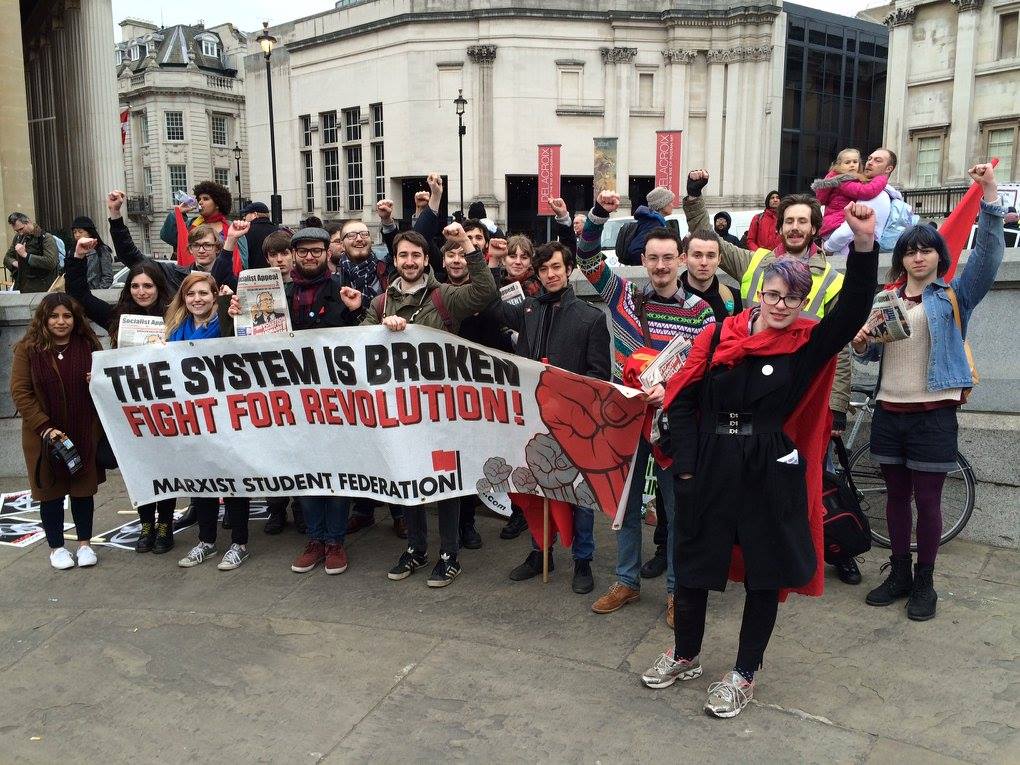 In Corbyn’s call for a global end to inequality and co-operation he expressed the true roots of Trident and other forms of militarism, which lie not on the need to defend the nation from outside attacks, but on the interests of the capitalists and of capitalism. This is precisely why the Blairites, a capitalist fifth column in the Labour party, are so determined to keep it. Britain’s maintenance and renewal of Trident useful not for defence, but for the ruling classes who are desperately trying to maintain Britain’s image as an imperialist power, in the knowledge that the nation has both economically and politically faded due to the special crisis of capitalism which exists in Britain, where a lack of investment in production and the complacency of the ruling classes has led to a potentially even deeper crisis than that of the global collapse.

Only global socialism can end global militarism, and only socialism can stop Trident. As the CND points out, we could spend the wasted money on 1.5 million affordable homes, on job creation, housing, education and healthcare. The fact that a majority of the British people are in favour of scrapping Trident, yet this scrapping is portrayed as a mad, suicidal idea by the British ruling class exposes the egotistic anti-democratic nature of capitalism. We can end Trident and militarism not just by getting rid of the Tories, but by ending the capitalist system once and for all and moving onwards to a brighter, socialist future.