Precarious workers strike back in London

Precarious employees of all stripes took to the streets yesterday in protest at the exploitative practices of the so-called gig economy. The event, hosted by the Independent Workers’ Union of Great Britain (IWGB), was billed as Britain’s “first ever march against precarious labour.”

The demo coincided with a court appeal by Uber against an employment tribunal decision last year, which granted worker’s protection to Uber drivers and IWGB members James Farrar and Yaseen Aslam, and comes off the back of the app having its operating license revoked by Transport for London (TfL) – effectively banning it from the city.

Amongst the demonstrators were Uber drivers, Deliveroo riders, fast food workers; university cleaners, receptionists, security officers and porters; and representatives from the ongoing Ritzy cinema strike. These precarious employees marched in solidarity from TfL offices in Southwark to Senate House, where outsourced University of London support staff are demanding to be brought in house, as a means to pressure management for better pay and working conditions.

The ULU workers (who are on strike until their demands are met) hoisted a huge banner over Senate House declaring that the university “exploits workers”, and received a rapturous reception from the assembled demonstrators. 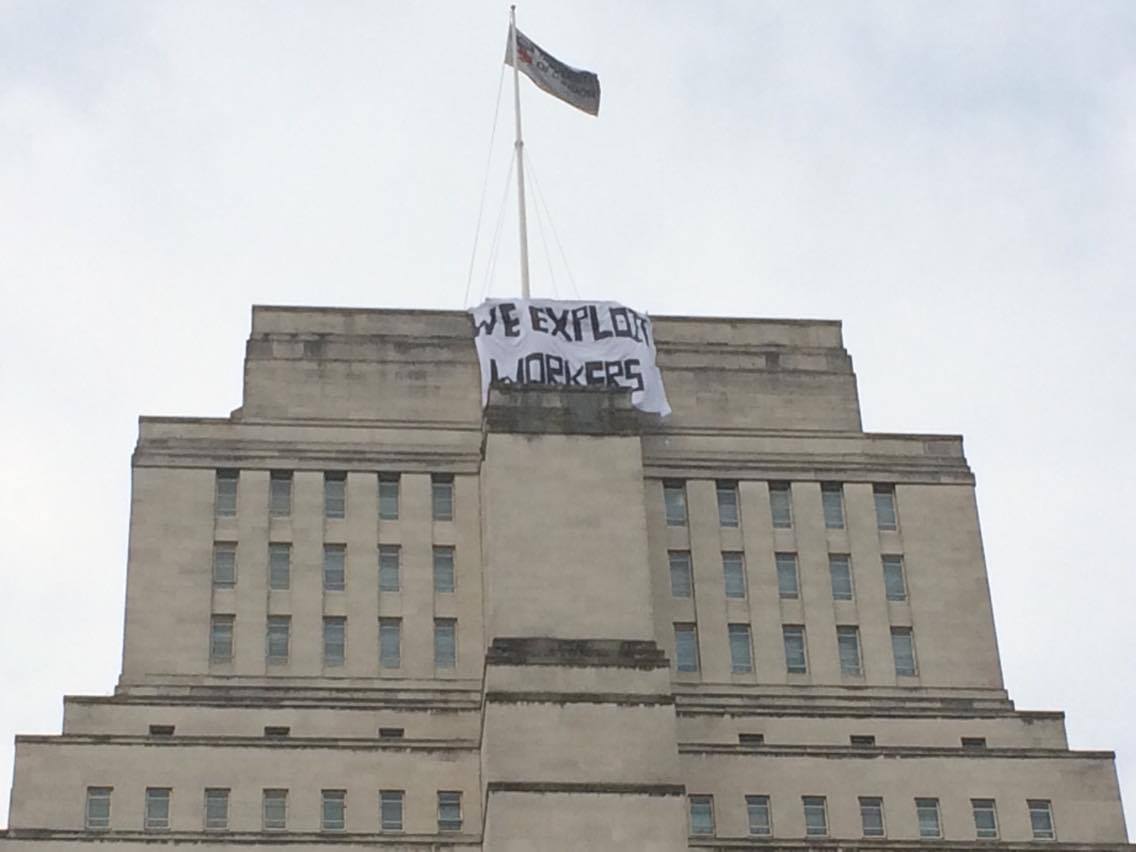 The crowd was addressed by representatives from McDonald’s, the LSE cleaning staff (who won their campaign to be brought in house earlier this year), BA cabin crews and the University and Colleges Union. The speeches were extremely militant and called for further united action by precarious workers for an end to exploitation.

Exploitation begets its opposite: political radicalism. And the inability of capitalism ‒ in its period of senile decay ‒ to properly employ the working-class has united precarious workers in struggle, and driven them to extremely radical conclusions.

The system will never guarantee the proletariat reasonable wages and living conditions: only united action by all workers (precarious and full-time) against capitalism can achieve these objectives. The fight against the gig economy is the fight for socialism! 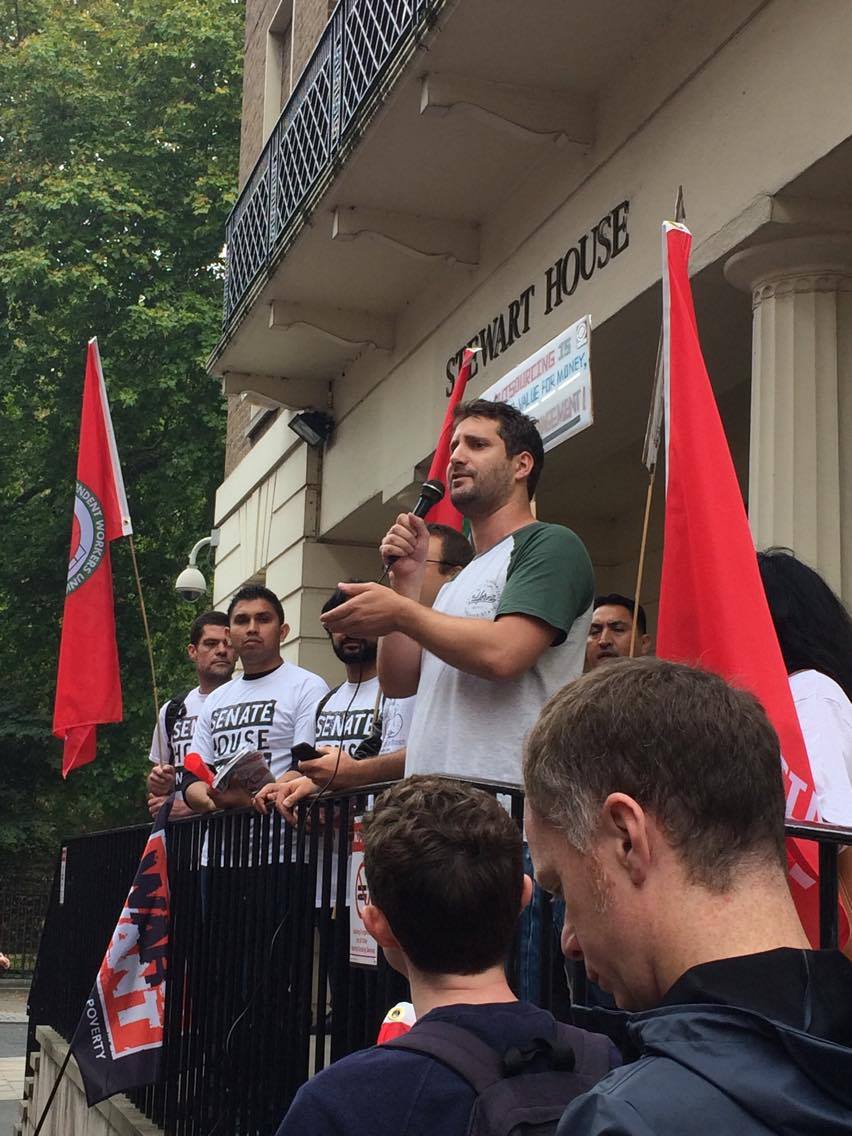 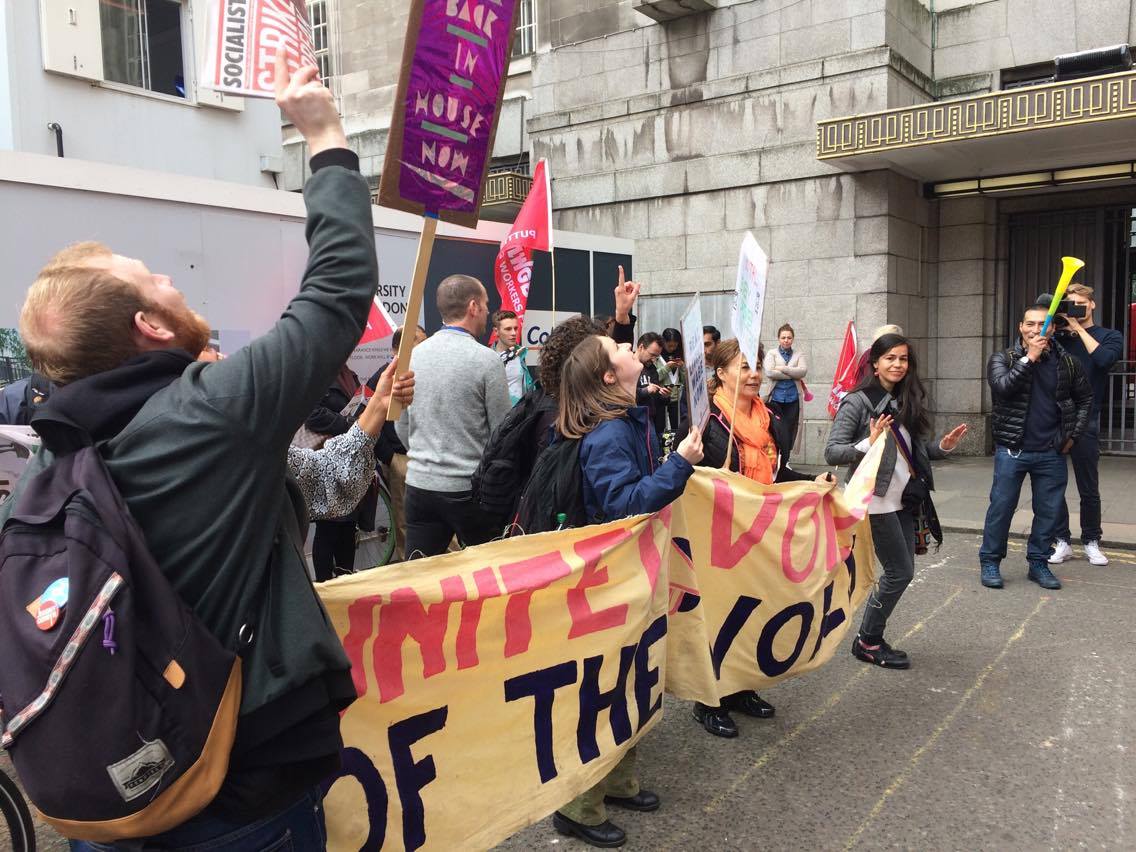 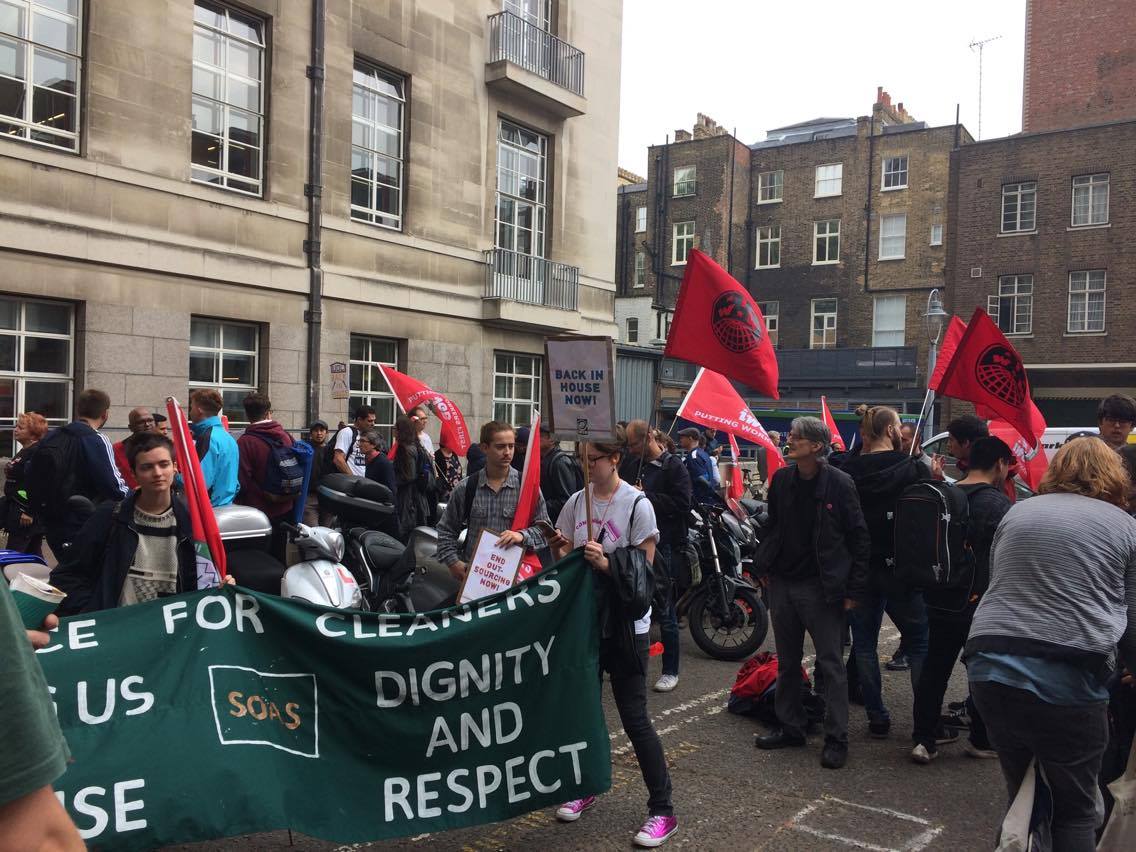 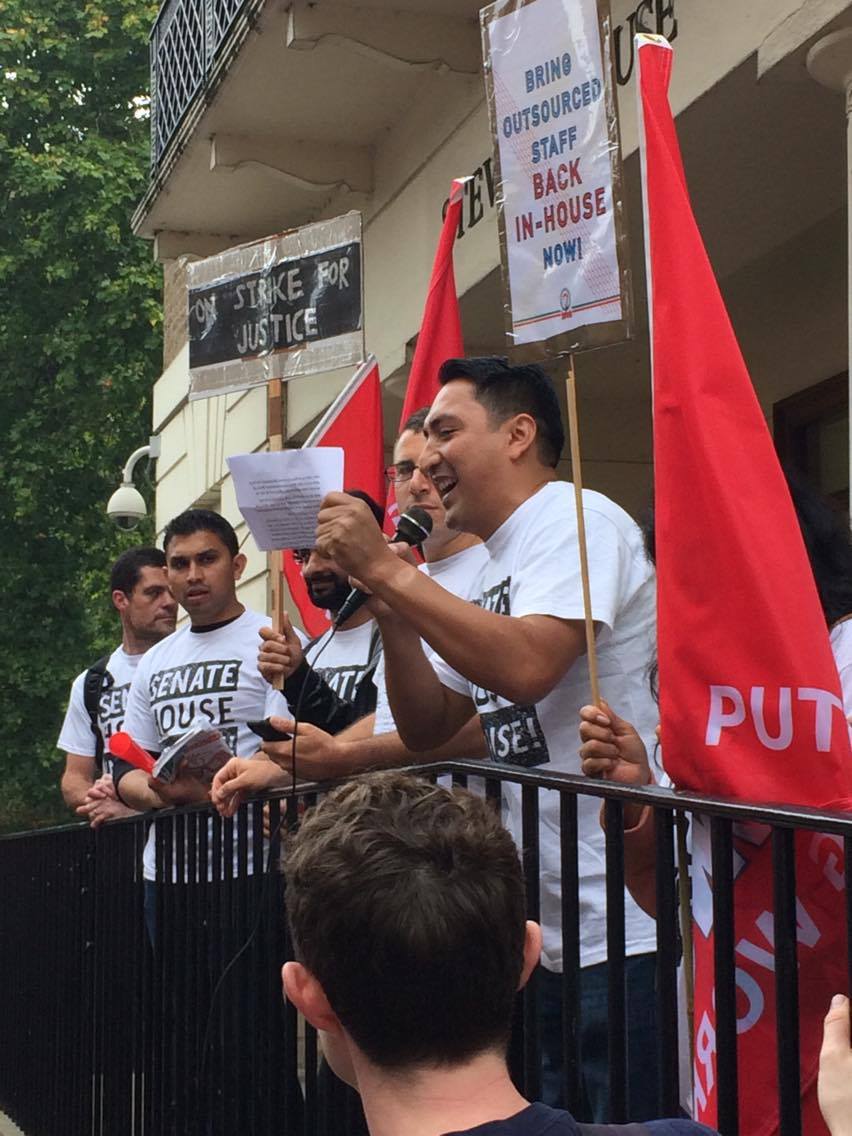