We publish here three reports from members of some of the MSF’s newest societies in Kent, Durham and Swansea. These comrades give their personal impressions of the conference and of the MSF as a whole. 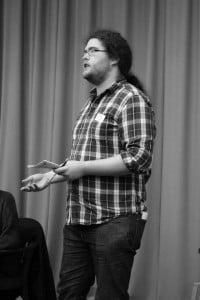 “I was elected delegate for the newly established Kent Marxist society so this was the first time I had attended a conference and seen how the organisation works on a national level. It was the first time I had ever spoken in front of that many people, which was nerve racking, but the other comrades were very encouraging and it was clear they liked nothing more than seeing the new members get involved.

“For socialists in Britain today it is all too easy to fall into cynicism, young people seem apathetic and politicians and trade union leaders seem more and more distanced from the realities of everyday life. But events like the MSF conference gives us some perspective and shows us the effects our efforts are having, not just in Britain, but internationally. Hearing the reports from our comrades around the world as well as those at home really demonstrates the scope of what we are doing and reinforces our commitment to the international struggle.

“The atmosphere at the conference was friendly and optimistic, with no small amount of commitment. The democratic process was very open and the votes were largely unanimous. It just goes to show that when you put stress on the need for theory then you naturally get a unity through ideas rather necessity.

“For my part the best thing about the conference was meeting comrades from other branches. It was good to get advice from them about how to make the society more visible and how to deal with the problems we face as Marxists – bureaucratic, right-wing led student unions being the common denominator. But we swapped ideas on how to deal with these issues over a few beers at the social and will come back bigger and better at next year’s conference.” 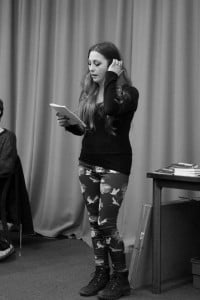 ““If anything is certain, it is that I myself am not a Marxist.” Karl Marx may have said this, but had he been at the Marxist Student Federation Conference, I think that even he would have been persuaded otherwise. The conference was, in my opinion, a huge success.

“The many speakers from across the globe reinforced to me, and no doubt to all those in attendance, how crucial Marxism is to the creation of an equal world. Those from Mexico and Pakistan in particular, spoke of the very real and ongoing struggles that they are facing; reminding us that we are not just fighting for a living wage; we are fighting for lives. The news of the rise of Left parties in Greece and Spain was encouraging and emphasised that change can and is happening.

“All of this, in addition to talk of the Blacklisting campaign, left me more motivated than ever to get involved in the fight for equality, the provision of equal educational opportunities and the assurance of fair pay for fair work. Marxism is not just a nice idea or some pretty idealism; it is the essential demand for equality.

“I came away from the conference not only with new ideas for the Durham Marxist society, a stronger resolve and desire to do more; but with a real sense of comradeship. I was made feel more than welcome and was also met with truly unprecedented enthusiasm and support. I’m fairly certain that had Marx been in my place, he too would have been proud to call himself a Marxist.” 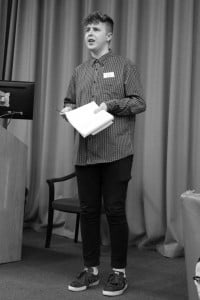 “This was the second Marxist Student Federation conference, but the first at which Swansea has been represented – it was fantastic to see so many people attend, and stand side by side with that number of equally determined Marxists, from 25 institutions over the UK.

Despite the obvious passion for the cause, the enthusiasm to make change, and the faith in the students and workers, the thing that struck me above all was how warm the conference was. This of course isn’t a preamble to a pun about central heating, but a genuine reflection on how inclusive and accepting those in attendance were. It can be daunting to speak in front of a number of people you’ve never met before, but the atmosphere created was, as expected, one of comradeship.

From my understanding, this conference was home to significantly more autonomous thinking. Societies have sculpted their own campaigns and that’s something we can be incredibly proud of – this is a perfect reflection of how MSF has grown so well since its inception only 1 year ago. We heard promising reports from newly formed societies (one of which I belong to), and from all here at Swansea, it’s fantastic to hear of the successes in Durham and Kent, along with the strengthening of all other societies throughout the UK.

It was fantastic to host so many international speakers, and representatives from unions and campaigns – this helps to define our organisation as one of internationalism that holds value in co-operation between students and workers. It’s of huge importance that we keep our ears to the ground and intervene in struggles within the sphere of education. As Lenin wrote in 1908, “the little beginning of little academic conflicts is a great beginning, for after it— if not today then tomorrow, if not tomorrow then the day after—will follow big continuations.””