Below is a resolution of the Marxist Student Federation which is being discussed in Marxist societies all over the country this week. As Marxist students fighting tuition fee rises, privatisations and attacks on our living standards, the struggle of the South African students is a great inspiration to us. Their struggle is our struggle. Workers of the world unite! 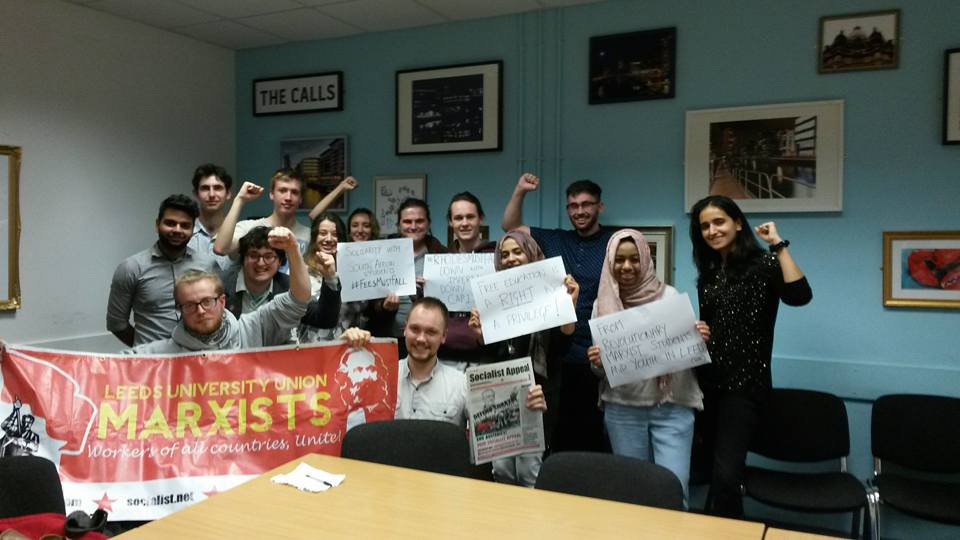 On Friday the South African student movement won a great victory. After more than one week of struggle President Zuma declared a withdrawal of all the proposed fee increases for university students in South Africa. Fees will be frozen for 2016, instead of the 10% increases proposed.

This is an important first victory for the workers and youth of South Africa. It is a testament to the strength of the revolutionary masses when they decide to fight to the end.

We also note that in spite of giving in partially the ANC government did not refrain from attacking the movement  by sending agent provocateurs into its midst to provoke clashes with the police. Tear gas and stun grenades were used against the students. This shows that while the government and the ruling class might have given in for now, they are merely vying for time in order to reorganize and prepare another attack on the conditions of the youth.

Thus the struggle is bound to continue. The main demand, Free Education For All, has not been achieved. The born free generation of South Africa is experiencing first hand that oppression and exploitation takes place in all forms of Capitalism, whether in the Apartheid state or in the “democratic” society of today. In fact today more than 20 years after the fall of the Apartheid poverty, misery and unemployment has not decreased. Education which was supposed to be free for all is not being taken away.

The struggle of the youth today is the struggle against this Capitalist system which cannot offer any way out for the masses.

The Marxist Student Federation sends a message of solidarity to the students and comrades in South Africa. Your fight is our fight. We fight together against any limitations on access to university for the poorest in society. We stand in solidarity with your resistance against management attacks. We stand with you as you join ranks with those workers whose jobs are at risk. And comrades, most importantly, we stand with you in the struggle against capitalism.